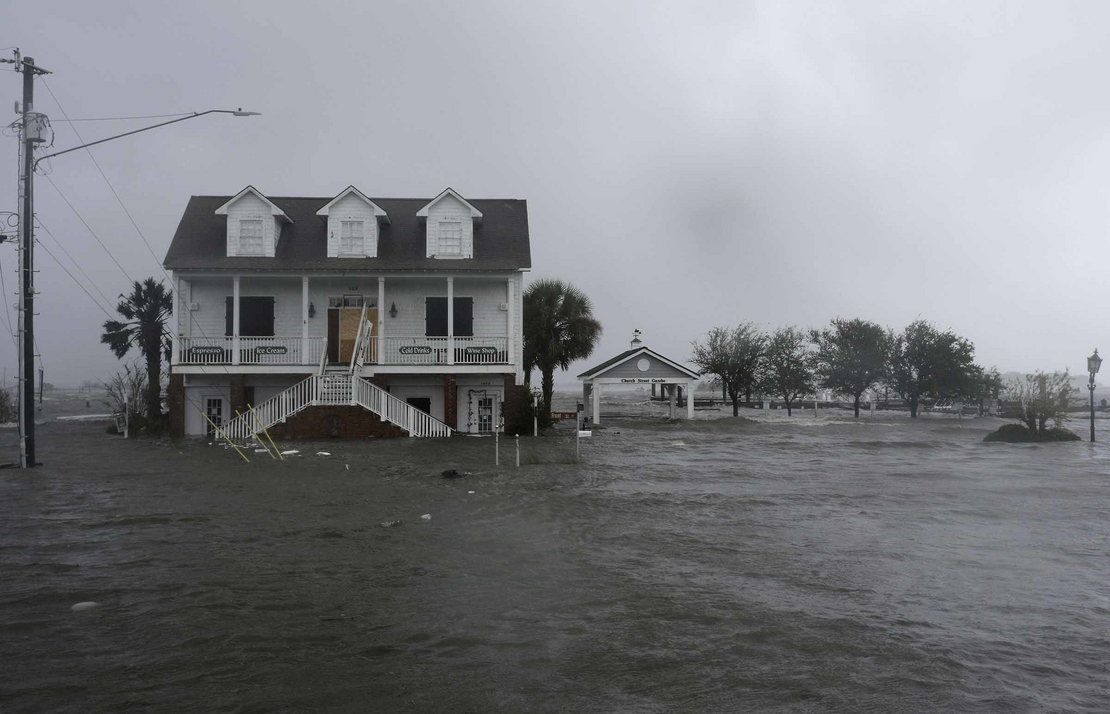 In this Sept. 14, 2018, photo, high winds and water surround a house as Hurricane Florence hits Swansboro, N.C. Historic coastal cities in the southeastern United States have survived disease outbreaks, wars and hurricanes over the past three centuries. Now they are trying to figure how to survive rising seas from climate change. AP

Governmentwide action is needed to limit the fiscal risks posed by the changing climate, says the study by the Government Accountability Office.

The government is vulnerable in part because it insures property and crops and provides disaster aid, according to GAO.

GAO recommends designating a federal entity to develop and create a national climate information system, an approach it has been pushing for years.

The watchdog agency also recommends that the government incorporate climate resilience into agencies’ infrastructure and facility planning, and that Congress and agencies develop a clear strategic plan to guide national climate adaptation efforts.

“To reduce federal fiscal exposure to climate, the federal government needs a cohesive, strategic approach, with strong leadership and the authority to manage risks,” GAO said.