Gas prices are soaring. What does it mean for climate? 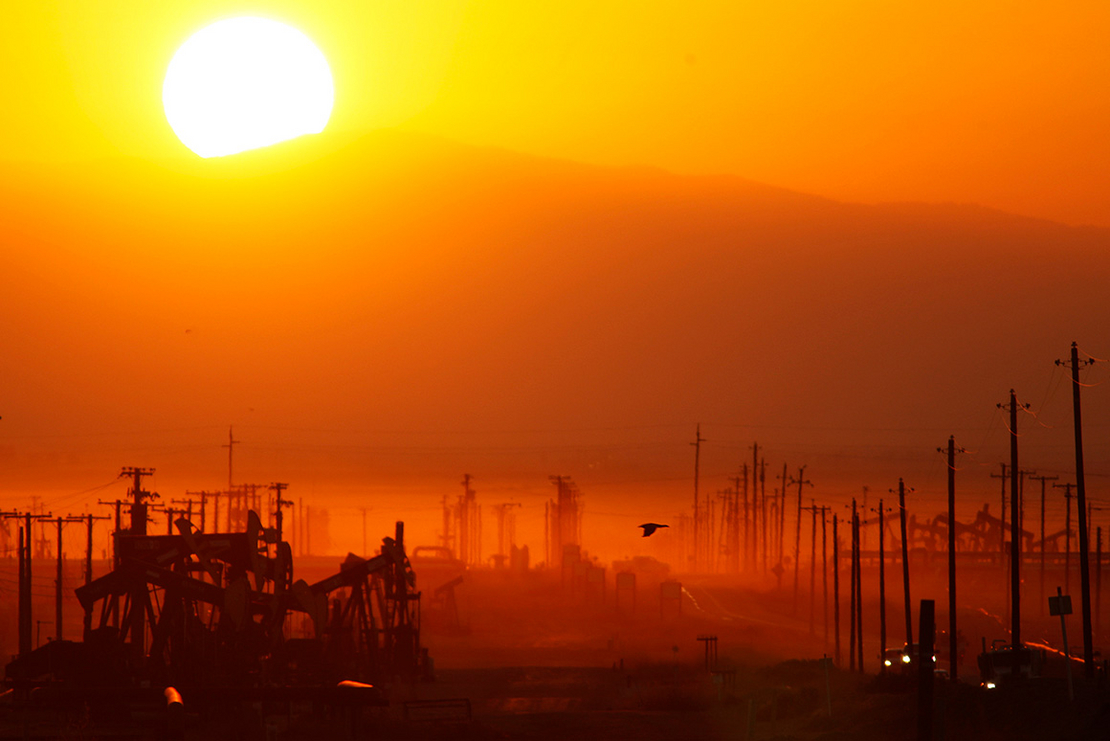 The sun rises over an oil field over the Monterey Shale formation where gas and oil extraction using hydraulic fracturing is ongoing near Lost Hills, Calif. David McNew/Getty Images

Prices at Henry Hub, the benchmark for U.S. gas, have nearly doubled since the start of the year, ending last week at $7.30 per million British thermal units. The rapid increase represents a sharp reversal from the last decade, when gas was consistently cheap.

Cheap gas propelled the construction of new U.S. gas plants over the last decade — a development that dethroned coal as the top source of power generation in America and sent emissions failing. Coal-to-gas switching is responsible for two-thirds of the reduction in carbon dioxide emissions in the U.S. power sector since 2005, according to the U.S. Energy Information Administration.

In the short term, analysts said they expect coal generation to rise. Coal plants, which were idled for long periods of time in previous years, are likely to run more with elevated gas prices. Still, they noted coal’s rebound would be restricted by a flood of power plant retirements in recent years.

“Coal generation might go up,” said John Larsen, an analyst who tracks the industry at the Rhodium Group. But he predicted that total coal emissions would be “much lower” compared with the last time gas prices were at $7.

”There’s a ceiling now, and that ceiling should theoretically shrink in the coming years,” he said.

The price surge is the result of a particularly cold winter and growing LNG exports. Gas demand over the winter was 5.6 percent higher than the previous year, leaving inventories almost 17 percent below their five year average at the end of March, according to EIA. LNG exports, meanwhile, were up 18.4 percent over last winter.

Gas drilling has picked up in recent months, with the Haynesville Shale play in Texas and Louisiana posting record production in the second half of 2021. But the uptick in production has not been able to keep pace with soaring demand, EIA said.

It’s the scarcity price without the actual scarcity. $5 is a “we’re really worried about storage injections for next winter & peak cooling this summer” price. $7-8 is more of a macro-induced ”inflation has hit everything else, so why not tack on gas for the hell of it?” price, https://t.co/SwLstKxsIL

“It’s the scarcity price without the actual scarcity,” he wrote on Twitter.

He described $5 gas as a situation where “we’re really worried about storage injections for next winter & peak cooling this summer.” But he viewed paying $7 or $8 per MMBtu much differently. That’s a macro-induced scenario, he said, in which ”inflation has hit everything else, so why not tack on gas for the hell of it?”

Industry accounts for about a third of U.S. gas consumption, while heating represents roughly a quarter of demand. The electric sector is now the largest consumer of gas in the United States — accounting for 38 percent of the gas market.

Gas has produced less electricity as prices have climbed. The 325 gigawatt-hours of gas generation recorded in the first three months of the year was the fuel’s lowest first-quarter total since 2018, according to an E&E News review of EIA figures.

Coal generation was 220 GWh, which was lower than the 231 GWh recorded in the first quarter of 2021 but higher than the 172 GWh posted in the first three months of 2020. Wind and solar produced a combined 145 GWh, which would amount to the pair’s best first quarter on record. The two technologies generated 128 GWh of electricity during the first three months of 2021.

The big question is whether gas prices remain high or if they fall off. Drillers will have more incentive to bring new wells online if prices stay high, which could alleviate some of the price increases.

Analysts said the climate calculus of higher gas prices remains to be seen.

Existing nuclear and new renewable projects likely would benefit from higher prices. But utilities also could reduce the rate of coal plant closures. New gas plant construction, meanwhile, likely would slow to a trickle. In a recent analysis, RMI concluded that 90 percent of the new gas plants proposed in the United States would be uneconomical at gas prices of $4.21 or more per MMBtu.

No matter what, the extended period of low gas prices seems to be over, said Mark Dyson, who tracks electricity markets at RMI.

“My own sense is that volatility is going to be more prevalent now than it was in the past few years, as disruptions in the world economy continue from war and pandemic,” he said. “Just volatility by itself makes gas plants less attractive because plant owners have to internalize that risk.”