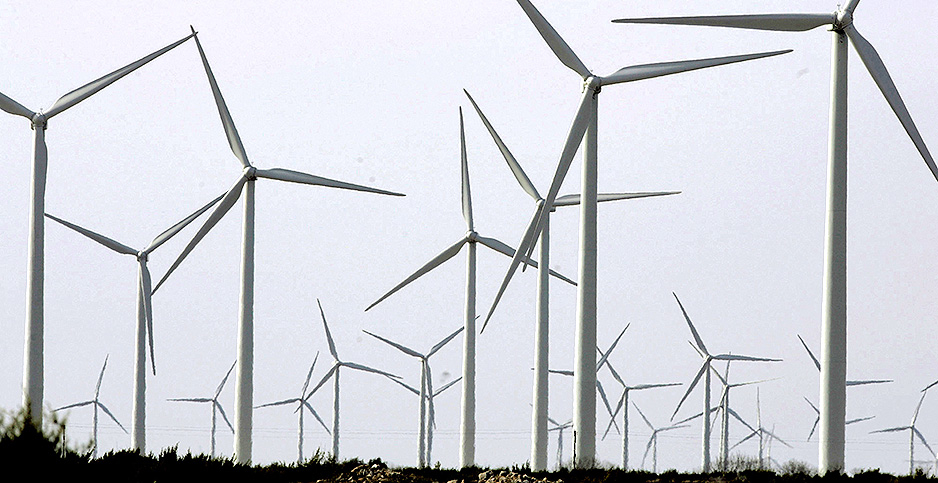 The North American Electric Reliability Corp.'s reliability director says that natural gas and renewable generation can take the place of retired coal and nuclear plants but only if operators take more action to ensure their operations are reliable in extreme situations. LM Otero/Associated Press

"It is possible to replace all the [grid reliability] attributes that nuclear and coal provide," Moura said. "It could be replaced by natural gas and wind and solar," he added. "The key is to write the rules."

Moura did not comment directly on the debate over Energy Secretary Rick Perry’s position that coal and nuclear plants in general were essential to maintaining crucial grid "reliability services" — frequency stabilization, voltage support and fast ramping response — and to keep lights on if pipeline supplies are interrupted or constrained in winter.

The large rotating generators in coal and nuclear plants act as shock absorbers when tightly controlled grid stability factors suddenly go awry. Gas generators can do the same, but only if pipelines deliver their fuel securely, and wind and solar units must be outfitted with electronics to do the job.

Policies to ensure those reliability measures are not adequate now, NERC said. Moreover, more transmission connections are needed to move wind energy where it is concentrated, in order to avoid over-generation when demand is light, the report said.

"As long as you’ve taken those risks into account, any system can be reliable," Moura said. "We are not in trouble yet with frequency response, but we see it on the horizon," he added.

"As we see the resource mix change, we are really making a call to action to industry and regulators to increase the robustness of planning approaches" to equip gas and renewable generation to fulfill reliability missions.

NERC’s new long-term review reported that the growth of electricity demand in North America is at the lowest level ever. Slowing growth and a surge in new natural gas, wind and solar installations have so far more than made up for the drop in generation capacity due to retirements of coal and nuclear plants, NERC said.

The combination of low natural gas prices, depressing profits for coal and nuclear operators in competitive markets, and environmental regulations have led to 46.5 gigawatts of coal-fired unit retirements since 2011, NERC said. Another 19 GW of confirmed retirements are planned between 2017 and 2027, it said. Six nuclear units have retired since 2012, and 14 are set to retire by 2025, the report added.

But gas-fired capacity has leaped by 162 GW since 2009, with nearly 45 GW more additions planned in the next decade. Wind farm capacity is expected to increase by 15 GW by 2017, joined by 37 GW of solar power.

Just over half of the new solar units will be rooftop, customer-owned capacity, confronting utility operators with a growing reliability challenge of monitoring and responding to sharp up-and-down daily swings in behind-the-meter solar power as the sun’s energy varies, NERC said. Utilities have to get that data, Moura said.

Perry’s DOE policy team says that natural gas generation can’t be given the same value for grid reliability as coal and nuclear plant output because the gas units depend on just-in-time pipeline deliveries.

Moura noted that gas generation is scheduled to account for nearly 80 percent of Florida’s electricity supply in 2022, but state authorities have dealt with that challenge by providing dedicated gas pipeline capacity for its gas generation, he said. That is not the rule in northern cities, where gas-fired utilities contract for less expensive, interruptible pipeline supplies, putting them behind gas heating in the winter.

New England has pioneered a system of penalties and incentives to see that gas generators can operate in winter emergencies using backup petroleum fuels — "dual fuel" capacity. "The jury is still out on whether those penalties for nonperformance will compel generators to get dual fuel," Moura said.

"There is really nothing … about coal or nuclear that is very different than other resources, except they are in the ground today," he said. New operating rules incentives are needed for the grid’s transition, "so that we’re not putting all our eggs in one basket and relying on natural gas that may or may not have any firm reliability service," Moura said.