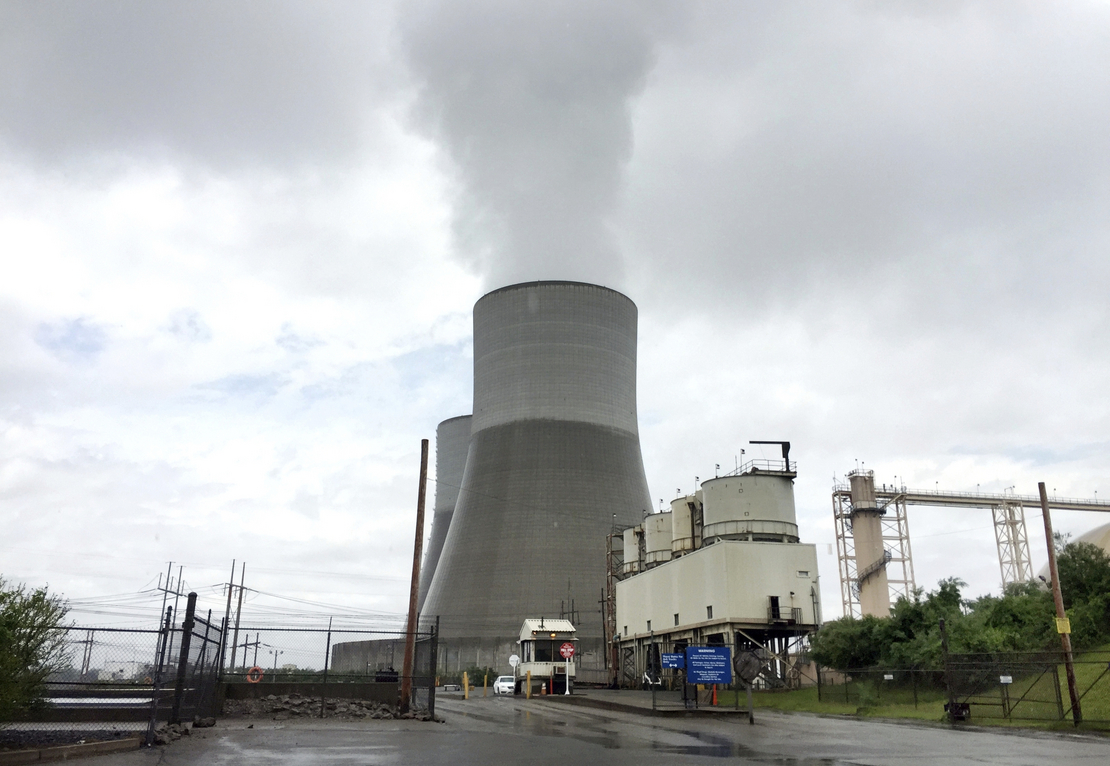 Oil and gas companies are asking New York to connect large volumes of offshore wind to the grid at a gas plant, underscoring a national push to transform old fossil fuel sites for renewable energy projects.

The move also illustrates a challenge for offshore wind as more projects are announced: Will states move quickly enough to ensure the grid can accommodate the influx of power?

“There are opportunities like this from border to border and coast to coast,” said Dan Reicher, a former Energy Department official during the Clinton administration, about the prospect of turning former fossil fuel plants into interconnection points for renewable energy. Reicher is now an adviser to multiple companies with offshore wind interests.

The New York request this month came in a joint petition to the state Public Service Commission this month from Beacon Wind — an offshore wind developer co-owned by BP and Equinor — and NRG Energy, which owns and operates a fossil fuel power plant located in New York City. The aging, 558-megawatt plant known as the Astoria Generating Station runs during times of peak demand using a mix of oil and gas. It is slated to close in May 2023.

The companies asked regulators to expedite the sale of NRG’s plant to Beacon Wind, which would create a point of interconnection for its planned wind turbine projects. The first such project, a 1,230-MW proposal known as Beacon Wind 1, won contracts from the state earlier this year. The sale would include the land and physical assets such as administration buildings, but not the plant’s power generation equipment.

The companies also pushed the state to either approve the sale outright or find that it doesn’t require regulatory review.

Regulators should “authorize the Transaction without condition, as in the public interest,” they wrote.

The project’s fate hinges on regulators’ discretion, however.

Jim Denn, a public information officer with the PSC, said that utility regulators will solicit public comments and review “various aspects of the proposed transfer” before reaching a decision about the sale.

“Before the PSC can approve the transfer, it must find that it is in the public interest,” he said in an email.

The state has welcomed proposals to convert New York City-area fossil fuel plants into grid hubs for offshore wind by giving preference to turbine developers proposing retrofits. The city is also deeply dependent on oil- and gas-fired electricity — a central challenge for the state’s climate goals.

By 2030, 70 percent of the state’s electricity must come from renewables, followed by a carbon-free grid in 2040.

The New York request is occurring as several aging coal and gas facilities on the East and West coasts are being eyed by offshore wind developers that need a place to plug into the grid. The Energy Department could support such conversions with loan guarantees, tapping new and replenished sources of loan authority, analysts say.

The Energy Infrastructure Reinvestment Financing program outlined in the law “would lend itself well to helping finance the conversion of existing peaker plants to provide transmission capacity for offshore wind and other renewable energy development,” Reicher said an email.

To comply with tightening state limits on pollution, NRG asked regulators in 2020 to allow the company to modernize the facility by installing newer gas turbines. Over the long term, natural gas could be swapped for renewable hydrogen, NRG said at the time.

That plan spurred objections from local, state and federal Democrats, and it was ultimately denied by the state Department of Environmental Conservation, which said it was inconsistent with state climate mandates (Energywire, Oct. 28, 2021).

NRG’s offshore wind proposal is more in line with the views of renewable advocates who say the state should move away from fossil fuels. The company says the new plan would yield “a great outcome for everyone involved.”

“We hope to close on the transaction by the end of the year subject to regulatory approvals,” Dave Schrader, a spokesperson for NRG, said in a statement.

Offshore wind plants are considered an important part of the state’s climate policy in part because they could help clean up the downstate grid, which has long been an island of fossil fuel power.

In competing for new state contracts, developers win extra points if their plans include an option to plug power into old fossil fuel plants in the downstate area.

Beacon Wind and NRG reminded regulators of that policy wrinkle in their petition, arguing that the sale would support two key state objectives.

First, it would draw New York closer to installing 9,000 MW of offshore wind by 2035, in accordance with state climate law, they wrote in the petition. And second, it would dovetail with the state’s desire to repurpose retiring oil and gas plants.

“We’re excited that this agreement will help deliver homegrown, renewable energy to New York City and the surrounding regions,” Lauren Shane, an Equinor spokesperson who fielded inquiries on behalf of Beacon Wind, said in a statement.

A ‘critical’ conversion for floating wind?

Nationally, the former Brayton Point coal plant in Massachusetts may be the furthest along in executing a similar offshore wind retrofit to the Astoria Generating Station. The Massachusetts site is expected to host offshore wind manufacturing and port activities in addition to being an interconnection point (Energywire, May 28, 2021).

Other possible conversion sites include the Indian River coal plant in Delaware, set to shut down in 2026, and the retired coal-fired E.H. Werner Power Station in New Jersey, Barr of Wood Mackenzie said.

Some states are now looking into ways to build out transmission backbones in the ocean that would connect multiple turbine projects (Energywire, March 24). Retired power plants could be a key piece of transmission backbones in some cases, according to observers. Yet the idea of a large underwater network has faced headwinds, particularly regarding how the costs of it should be shared among developers and ratepayers.

The emergence of floating offshore wind in California may depend on those sites, he added. “Floating offshore will be most relevant on the West Coast, which has a deeper continental shelf, so [it] may be critical to convert the Diablo Canyon and Morro Bay sites,” he wrote in an email.

The proposal in New York coincided with new steps by the Biden administration to bring offshore wind projects to the West Coast, where deep Pacific Ocean waters will require floating turbines.

The administration launched a new initiative in September intended to slash the cost of floating wind by 70 percent by 2035, while deploying 15 gigawatts by that date (E&E News PM, Sept. 15).

Floating designs have only been deployed on a handful of projects globally and at a much greater expense than the traditional turbines planned for projects along the shallow-water Atlantic Coast in coming years.

Correction: The original version of this article mischaracterized the amount of money available for loan guarantees in the Inflation Reduction Act’s energy-retrofit program.