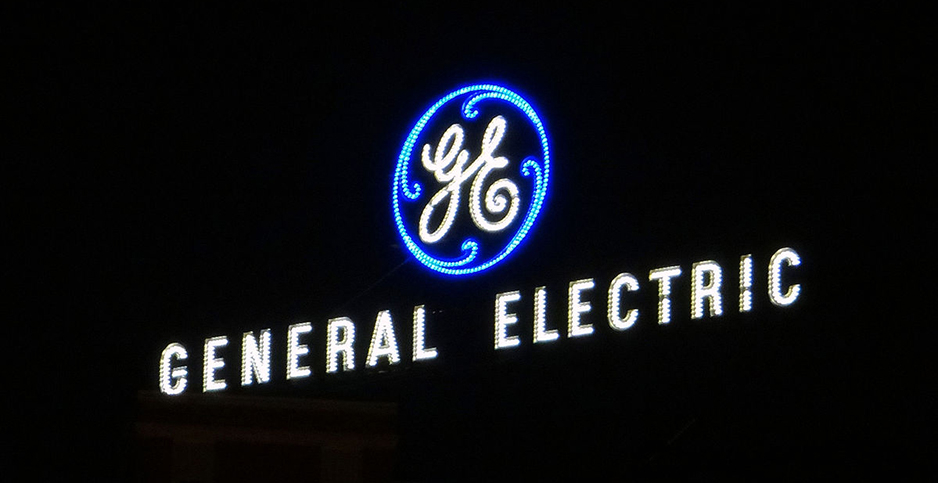 The hammer fell at the battered General Electric Co. for a second time in 14 months yesterday, as an impatient board of directors dismissed GE veteran John Flannery as chairman and chief executive, replacing him with outside board member Lawrence Culp Jr., with a mandate to quickly deal with the slumping GE Power division.

While the removal of Flannery, who took the place of former CEO Jeffrey Immelt in mid-2017, responded to short-term Wall Street pressure on GE and its slumping stock, a long-term question remains unanswered.

If GE can’t make it in turbines, where would the United States find a leader in the global energy manufacturing competition? GE has long-standing rivals in Germany-based Siemens AG and Mitsubishi Hitachi Power Systems of Japan, with China’s Shanghai Electric moving up. Since its founding by Thomas Edison in 1889, GE has been a flagship of the U.S. electric power manufacturing sector, and the company calculated that one-third of the world’s electricity comes from its machines.

"What is more central to GE’s legacy than power?" asked Jeffrey Sonnenfeld, a professor at the Yale University School of Management and author of books on corporate leadership.

GE’s drive to dominate the market for supersized natural gas turbines was emphasized by a $2 billion investment in its HA model units, which went on sale in 2014. Sales of the first 15 units, made in Greenville, S.C., and in France, produced $1 billion in revenue. GE also poured $230 million into a massive test facility at Greenville that allowed engineers to cover new models with sensors to track full power performance to catch problems before the 950,000-pound behemoths were shipped (Energywire, March 15).

But sales of these and other gas-fired turbines have sunk dramatically since 2016, undermined by slower growth in the electric power sector in established markets and competition from renewable power across the board.

"It’s all obvious in hindsight and easy to say in hindsight, but we were too optimistic for too long about the market," Flannery said after taking over as CEO in August 2017, after turning around GE’s health diagnostics business. He became GE’s chairman, as well, this January.

"We did a poor job running that business," Flannery said.

"GE’s misstep was misjudging where things were on the demand side" for its gas units, Robert Schulz, managing director at S&P Global Ratings, said earlier this year. "They should have taken action earlier."

Announcing its own woes last year, Siemens estimated that the demand for large gas turbines would fall to around 110 a year, while the worldwide manufacturing capacity for the units stood at 400.

Barclays PLC said Mitsubishi Hitachi Power Systems received more than half of all global orders for gas-fueled turbines in the first quarter of 2018, though Siemens was No. 1 in deliveries, with GE second.

GE responded to the downturn last year by announcing plans to cut the GE Power global workforce by about 12,000 jobs, or 18 percent of the total, with a goal of taking costs down by $2 billion over several years.

And GE’s vaunted commitment to research could not keep it from an embarrassing announcement last month that four of its HA gas turbines had been shut down because of an "oxidation issue" on turbine blades, which was expected to affect more of the 51 units shipped so far.

Russell Stokes, GE Power’s president and chief executive, said, "Obviously, this was a frustrating development, for us as well as for our customers. But we have identified a fix," and the corrections were being made.

A GE official not authorized to speak for the company said the problem was not one that could have been found on the test bed.

But the news delivered another jolt to GE’s stock, which fell to its lowest point since the 2008 recession, and Flannery ran out of time.

Culp, who made a reputation as a corporate renovator as chief executive of Danaher Corp. — an industrial conglomerate much smaller than GE — had joined GE’s board this year as part of the leadership shake-up.

Culp was named the lead outside director at that time, with authority to convene independent directors to evaluate GE’s management.

In an internal memo that went out to GE staff yesterday morning, Culp announced his appointment as chairman and CEO and highlighted his experience.

"While I’m newly appointed to this role at GE, I am neither new to the CEO role or the company. I have spent the last 6 months as a member of the GE board of directors," he wrote. "My time on the board has reinforced my strong belief that this is an organization that can meet any challenge."

Culp in the memo also vowed to provide transparency about the company’s plans and emphasized the necessity of teamwork.

GE officials provided no information about plans at GE Power. The company said it will take a $23 billion non-cash charge, reducing the company’s asset value to reflect the decline in Power sales, and acknowledged it will not hit its earnings or cash flow predictions for this year.

Gautam Khanna, an analyst at Cowen Equity Research, and colleagues called Culp "a credible GE ‘outsider.’ We expect investors to react favorably to the change."

Khanna and associates said they expect Culp to "more candidly and quickly identify how bad things may be and what needs to be done about it."

"This may limit the seemingly perpetual investor fear of ‘what shoe will drop next’ at GE," he said.

But the analysts added, "The challenges that GE faces … are not easily or quickly fixable."

Julian Mitchell, a Barclays analyst, and colleagues said yesterday, "We are surprised this happened so quickly, given Mr. Flannery has only had the job for 14 months, but this CEO transition has been a topic in our discussions with investors since Mr. Culp joined the board.

"The root of the removal is not a shock, since the Power news flow has been dreadful for some time and the board has clearly lost confidence in the current turnaround underway in Power.

"[W]e expect management to clarify whether GE Power will retain its strategic position in the portfolio," they added.

In an interview, Sonnenfeld said the problem with the turbine blades was troubling. "This is a bread-and-butter issue of quality assurance they should have mastered."

Now GE’s identity as a technology leader may be in jeopardy, he said. In a recent visit to China, he learned that some of GE’s leading technical experts were "jumping ship" from GE to seek better opportunities there.

"That’s what worries me. They have to fortify this business as a magnet for new talent in the energy and power business," Sonnenfeld said. If Power becomes focused primarily on parts and services for the existing units, it could be headed "toward a custodial business," he added.