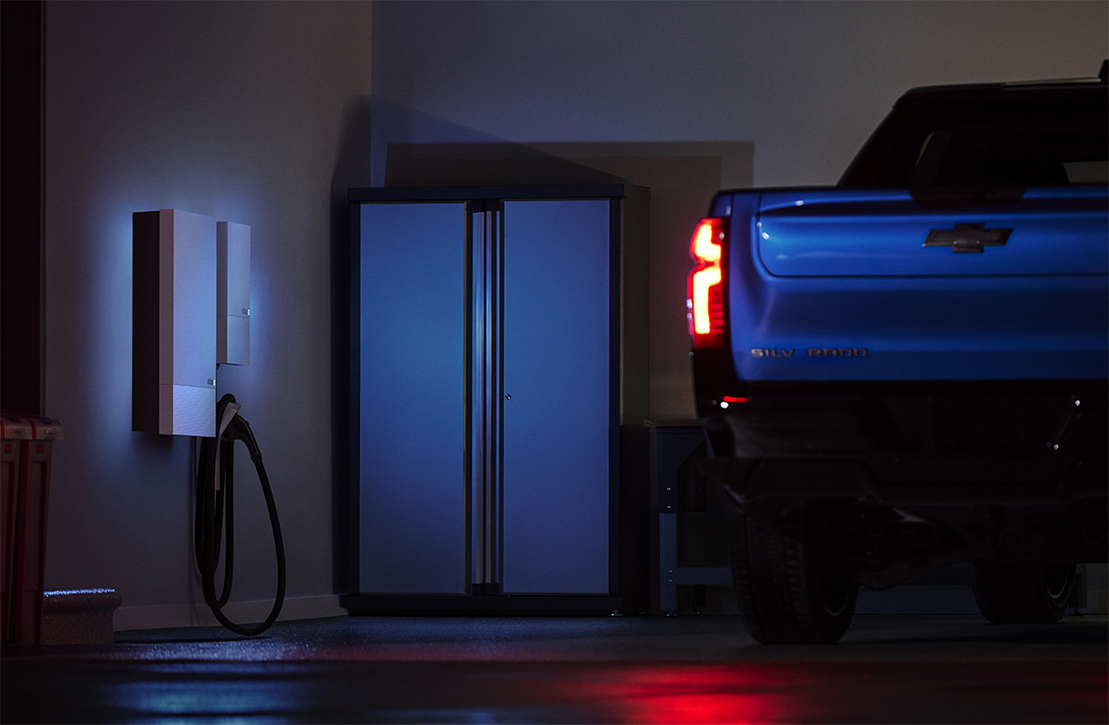 General Motors Co. on Tuesday unveiled a new division, GM Energy, that will focus on providing services for the electric grid. General Motors

General Motors Co. declared its intention on Tuesday to parlay the batteries originally meant for its electric cars into a new role as an all-purpose player on the electric grid.

The 114-year-old automaker is establishing a new division, GM Energy, to compete with Tesla Inc. and a scrum of other aspirants who see their new batteries as an opportunity to make cars useful to not just car owners but also businesses and electric utilities.

The effort by America’s biggest automaker is a sign that a long-hypothesized future — a fusion between electric cars and the electric grid — is becoming a strategic goal of the auto industry.

“What is different about this announcement is that it’s saying, ‘It’s go time, and we’re ready to work on this as a business unit and not just as a pilot project,’” said Nick Nigro, the founder of Atlas Public Policy, a consultancy that focuses on EV policy issues.

GM won’t say what revenues it expects from the business. Company officials said the division could be in the league of GM Defense, which makes military vehicles, and Cruise, the company’s play in robotaxis.

“The massive scale of GM Energy’s solutions will allow us to better address current challenges with grid infrastructure, energy storage and energy management head on,” said Mark Bole, GM’s head of V2X and battery solutions. V2X is the industry jargon for “vehicle to everything.”

GM’s suite of energy products has been in development for two years, said Travis Hester, the company’s chief EV officer, who will also lead the new division.

Many nonautomakers have launched products on to the so-called grid edge, which abounds with new ideas on how to combine rooftop solar power, home batteries and electric vehicles into new services. So far, however, the complexities have made it hard to achieve scale and profit.

Little in GM’s offerings are new to the automotive industry. Parts of GM’s plan mimic moves Tesla made years ago, like batteries for business, which Tesla introduced in 2012, or car batteries repurposed as home batteries, which Tesla debuted with its Powerwall in 2015.

The scope of GM’s move into the energy market exceeds that of Ford Motor Co., the other major, domestically owned traditional automaker in the United States. Both say that their future vehicles will be able to power a home through a blackout, but Ford has not announced any plans to offer a stationary battery for the home.

Both are having their electric vehicles tested by Pacific Gas & Electric Co., the main electric utility in Northern California, in advance of pilot projects in residences next year. The first goal of those early deployments is to understand how GM’s Chevrolet Bolt or the Ford F-150 Lightning could automatically provide backup power to a home in case of a blackout.

“The next step will be to have that power flow onto the grid,” said Paul Doherty, a spokesperson for PG&E. “Hopefully in the future there will be a standardized way that’s ubiquitous.”

Unlike anything yet announced by Ford, one of GM’s future products will be a home battery. Its purpose is to give homeowners “the ability to power their home’s necessities in a blackout or draw from stored energy during peak rate times,” the company said in a press release.

GM said it would work with SunPower as its solar supplier. The home energy system, GM said, will be ready in time for the rollout of the GM’s first electric truck, the Chevrolet Silverado, in 2024.

GM has been unusually aggressive among automakers in finding uses for its batteries and fuel cells beyond cars. The company is moving to get its battery, which is called Ultium and is being developed in conjunction with Korean conglomerate LG Chem, into motorboats. Its battery and its fuel cell, called Hydrotec, is also being tested for freight locomotives.

From dealership to grid

The details and full scope of the new GM energy division are hazy, but the company outlined initiatives that give some shape to its future vision.

For example, GM said that its dealerships will play an important role in promoting its energy products.

Since such offerings are “scary and a little bit complicated,” as Bole put it, dealerships will have energy experts on call who could try to persuade a prospective car-buyer to also buy solar panels or a home battery.

Another arm of the business will be focused on operators of vehicle fleets. GM plans to both sell fleets and help operators puzzle through how to best make the switch from gas or diesel to electric. The company could thus become not only “a hardware and software provider, but also a strategic adviser,” Bole said.

GM also intends to offer its vehicles — when drivers plug them into the grid — as an aggregated resource to utilities.

In addition to PG&E, GM is working with Consolidated Edison Inc. in New York, which has 3.4 million customers, and New Hampshire Electric Cooperative, which has 80,000 customers in that state.