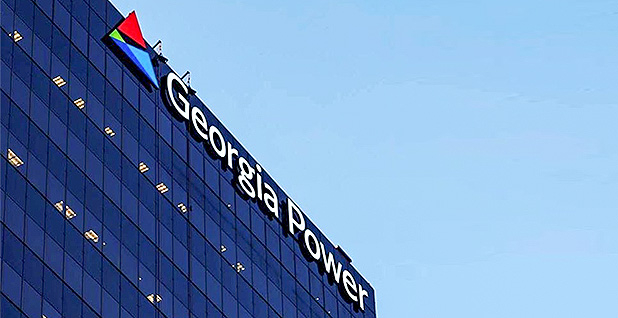 Georgia Power is defending its decision to spend millions of dollars on a nuclear reactor site that has been suspended. Photo courtesy of Georgia Power via Instagram.

ATLANTA — Georgia Power yesterday defended its decision to spend roughly half of what state utility regulators allotted to see whether 7,000 acres in western Georgia was suitable to build more nuclear reactors.

It’s unclear whether the utility will be able to spend the balance of that $99 million anytime soon.

If it were up to Commissioner Lauren "Bubba" McDonald, the answer will be "no." McDonald has routinely asked Georgia Power to spend its own money to do preparatory work for a project that the company has said it won’t need until well into the 2030s.

If PSC Chairman Stan Wise has his way, the commission will vote on a motion drafted largely by Georgia Power and the PSC staff. Such a motion will review the money spent, the issues that played into that and why it was important.

The document would consider the value of the work "if in fact, at any point, anything would happen again on the site in Stewart County," Wise said.

The Wednesday letter from Georgia Power came after McDonald circulated word earlier this week that he planned to ask the company to stop spending customer money on the proposed Stewart County project.

Georgia Power could recoup costs on money spent through March 31, but anything spent April 1 and after needed to come from shareholders, McDonald said.

Wise also said yesterday he wanted the company to address a wide range of factors influencing its nuclear projects.

Georgia Power’s proposal in Stewart County became a glaring issue because the company’s current nuclear expansion at Plant Vogtle is in the international spotlight. The utility is one of two in the nation building reactors with Westinghouse Electric Co.’s AP1000 reactor design, and Westinghouse’s parent company recently announced a $6.3 billion write-down because of its nuclear business.

Westinghouse acquired CB&I Stone & Webster Inc., the nuclear construction business of Chicago Bridge & Iron Co., as part of a wide-ranging settlement between it and the utilities. Toshiba Corp. announced significant financial troubles because of that deal one year later.

The company and Westinghouse have told both utilities they intend to finish their current reactor projects despite the financial woes. But Toshiba executives also have said the two U.S. AP1000 reactors face $6.1 billion in increased costs.

The companies are the first in the United States to build nuclear reactors from scratch in nearly 30 years. Both projects are more than three years behind and billions of dollars above their original projected forecast.

Georgia Power and SCANA Corp.’s South Carolina Electric & Gas recently announced additional delays, though Georgia Power and its parent, Atlanta-based Southern Co., have said they are still reviewing that information. The companies also pledge to finish the reactors even if Westinghouse cannot.

That Georgia Power is at least temporarily pausing on this nuclear project is significant. The entire industry is in flux as operators are shutting merchant reactors because they cannot compete economically against natural gas and, in some cases, renewables.

Toshiba’s recent announcements have added to the problem. And, even though regulatory and vendor problems are chiefly behind the delays in Georgia and South Carolina, they continue to chip away at the industry’s early message that these reactors would be built on time and to a forecast budget.

Company executives have stood behind Vogtle despite its challenges, and Georgia Power was the only utility to even remotely discuss nuclear in any sort of long-term planning. Two other Southeastern electric companies either have pursued or are pursuing licenses to build AP1000 reactors, but they have not made a decision to build.

Early regulatory approval for Stewart County would have sent a positive signal to the industry that traditional reactors still have a place. But a wide range of economic factors are making even these reactors a hard sell.

"As things change, as circumstances change and things change upon which you make your decision, we routinely look at that, and that’s exactly what occurred here," said Georgia Power attorney Brandon Marzo, later adding, "We’ve seen those factors trend in such a way that it’s moving outside the [current Integrated Resource Plan] planning horizon."

At yesterday’s Energy Committee meeting, Wise said he wanted Georgia Power to discuss Toshiba, among other nuclear topics. Again, the company never got to the topic, largely because commissioners were debating whether it was fair for Georgia Power to spend customer money now for a nuclear project that is decades away.

The utility said last year it needed to do the work now to submit an application for a combined operating license to the Nuclear Regulatory Commission in late 2018. At the time, officials said the emission-free reactors will be key as electric companies face continued pressures to operate in a carbon-constrained world.

Southern and Georgia Power continue to push that argument because of the belief that low- or no-carbon generation will remain prominent even if major Obama administration climate regulations disappear under President Trump.

But even without such rules, the combination of low natural gas prices, flat demand and current industry struggles indicate that it is unlikely for electric companies to rush to build nuclear reactors anytime soon.

This means it doesn’t make sense for Georgia Power to chase a license now. The company will bring up the issue again as part of its next long-term energy plan, which the company must file in 2019. Marzo stressed that the work done at the site has value for reactors or other types of generation.

"Hopefully, we’ll get better information in ’19," he said.

Commissioner Tim Echols said the money was well spent, and he doesn’t want to send a message to customers that says otherwise.

"The work completed at the Stewart County site, which include subsurface investigations, environmental assessments, water studies, transmission planning and other important studies, will help ensure we have suitable sites available for future generation, whether it is nuclear, natural gas or renewables," Echols said.

"If you’re going to invest in something that you own, which is the company, then you step forward with your money first and then call on the others," he said. "If I build a business, I take the risk, then I call on my customers once I start doing business with them to pay for my business."

Georgia Power is different from a regular business, however, Commissioner Chuck Eaton pointed out. The utility is a regulated monopoly, which means, broadly, it is allowed to ask the PSC to recoup money from customers — plus earn a return — for investments made in power plants, transmission lines and other parts of the power grid.

This is in exchange for providing electricity all day every day, regardless of how much demand the heat or cold has put on the system.

"We have much higher expectations, that’s why we have the [integrated resource plan] and the whole utility construct," he said.