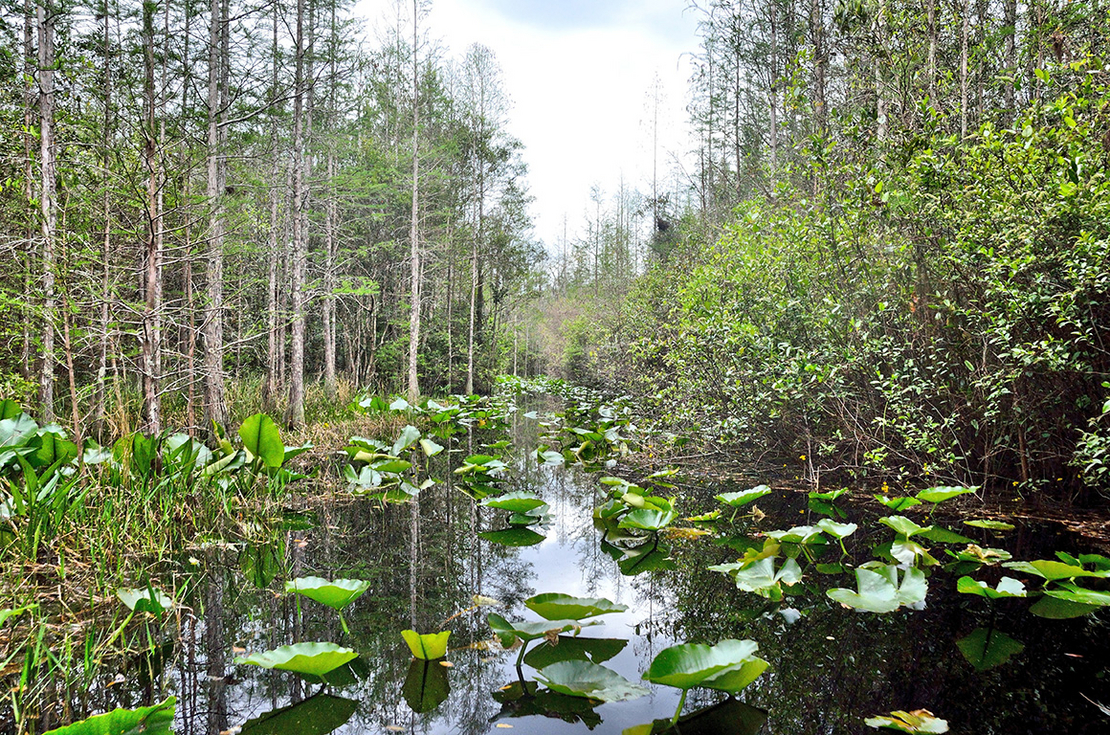 The Okefenokee National Wildlife Refuge is spread across 407,000 acres in Georgia and Florida. TimothyJ/Flickr

Georgia regulators released detailed plans Thursday for a titanium mine near the fabled Okefenokee swamp, a project that’s drawn the ire of environmental groups and the head of the Interior Department.

The Georgia Department of Natural Resources’ Environmental Protection Division, which is overseeing permitting for the mine, announced it’s now taking public comment on Alabama-based Twin Pines Minerals LLC’s proposal to establish a 773-acre “demonstration mining area,” to mine for titanium and zirconium near the Okefenokee National Wildlife Refuge.

Twin Pines wants to extract titanium near the nation’s largest blackwater swamp for a wide array of markets, from consumer paint pigments to military equipment and medical technologies. Titanium is a mineral critical to national security, according to the U.S. Geological Survey (Greenwire, June 6, 2022).

The draft plan will be used to determine whether mining can be conducted near sensitive environmental resources, according to the state. Once finalized, Georgia regulators will move forward with weighing a host of permits for the project.

The mine has emerged as a lightning rod among environmental groups and tribal members living near the Okefenokee swamp. Twin Pines has maintained the mine will overall span only 582 acres and not affect the swamp. The company also says its project, at the nearest point, will only come within about 3 miles of the refuge.

“To have arrived at this point is a validation of the science, and it’s time for those that are concerned to be open-minded and recognize they may not have been getting the truth from opposition groups,” said Steve Ingle, president of Twin Pines. “EPD’s process has been thorough and rigorous, and our responses to their questions have been based on sound science and engineering.”

And yet, the state is facing pushback for advancing the project after a lengthy back-and-forth over whether wetlands near the site fall under federal protection.

In November, the Southern Environmental Law Center filed a lawsuit against the Army Corps of Engineers and Michael Connor, the assistant secretary of the Army for civil works, in the U.S. District Court for the District of Columbia after the agency axed federal wetland protections near the refuge (E&E News PM, Nov. 15, 2022).

Haaland urged Georgia regulators not to move forward with approving the mine, arguing it poses a threat to both the swamp and refuge.

When asked about the latest draft plan, the Interior Department said the secretary’s letter to Kemp “reflects the Department’s perspective.”

Groups such as the Georgia River Network have warned the demonstration area would destroy more than 475 acres of wetlands and 412 linear feet of streams on Trail Ridge, a remnant beachfront that runs along the east side of the Okefenokee Swamp and serves as a geological dam.

Environmental groups also question whether such an environmentally sensitive area should be potentially jeopardized for mining titanium.

“Our fear and belief is that the mining operations will affect groundwater and surface water, lowering water levels within the Okefenokee swamp, which will set off a cascade of negative impacts to visitors, the swamp, and to the ecology of the swamp,” said Joe Cook with the Georgia River Network.