Germany to demolish village for coal, despite phaseout plans 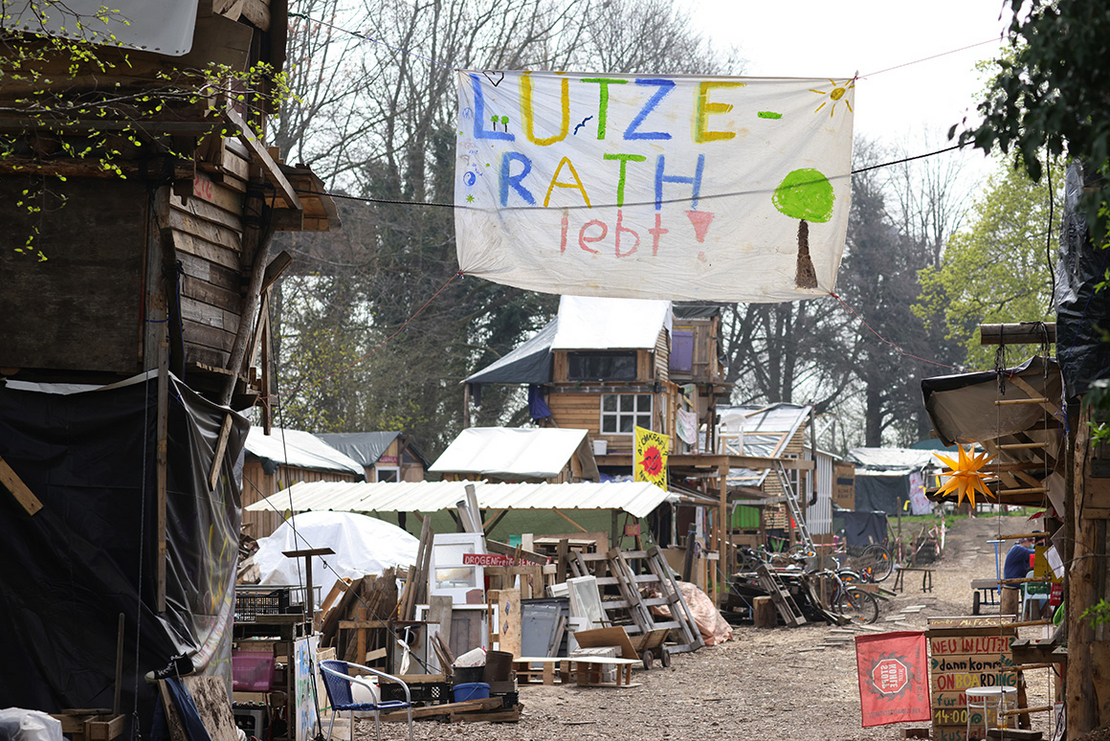 Treehouses rise from a forest camp near the Garzweiler open-pit mine the day after a regional court ruled that a local farmer must move out to accommodate the coal mine's expansion. Andreas Rentz/Getty Images

The pastoral village of Lützerath in western Germany will be bulldozed to make way for a coal mine, even as the country accelerates its plans to quit the world’s dirtiest source of energy.

The impending demolition is raising questions about an anachronistic German law that prioritizes extractive industries over climate change mitigation, exposing the challenge a country built on coal will face as it transitions away from fossil fuels.

“We still have an outdated mining law that says that lignite mining to supply coal power plants is in the public interest,” said Wiebke Witt, a German campaigner with civil society organization Europe Beyond Coal.

“This definitely needs to change, because we are seeing that it’s not in the public interest to burn coal. It’s the opposite. It’s the worst energy resource that we have in Germany for the climate in terms of carbon emissions,” she added.

Lützerath sits on the edge of an open-pit coal mine in the German state of North Rhine-Westphalia, the industrial heart of Europe’s largest economy.

It is not the only village in the area that has been threatened by mining’s slow creep. For decades, homes, historic landmarks and entire highways have been demolished to get at the seams of lignite beneath them (Climatewire, Dec. 14, 2021).

Germany still burns large amounts of coal to produce the steel and other industrial goods that it uses to build cars and light homes and businesses. But lignite, a type of wet, crumbly coal used mostly to generate electricity, is the only coal Germany still produces domestically. So-called hard coal was phased out in 2018 and is now imported from places like Russia, which until recently accounted for half of Germany’s imports.

When the new center-left government formed in December, it pledged to move forward the date for coal’s phaseout to 2030, from 2038. The administration also said it supported preserving a handful of villages threatened by the expansion of the Garzweiler II open-pit mine operated by RWE AG, one of Europe’s largest utilities.

As for Lützerath, its fate was left to the courts.

‘Delay is the new denial’

The case centered on the expropriation of land belonging to Eckardt Heukamp, a farmer whose family has roots in the village that stretch back generations.

Under German mining law, a company can take land for its expansion after offering residents compensation for their homes, since mining is considered in the public interest. Landowners can fight expropriation only after mining operations have begun, leaving them little recourse.

RWE, which received its mining permit in the 1990s, has plans to continue expanding the Garzweiler II mine until 2038.

Lawyers in the case argued that 2038 is long past the time when Germany will need to stop extracting coal. The mine’s expansion isn’t needed to supply Germany with energy, and destroying the village to get at the coal underneath would threaten the country’s goal of limiting emissions in line with the Paris climate agreement, they said. As support, they referred to a decision last year by Germany’s Federal Constitutional Court, which ruled that the government must strengthen its 2019 climate law and reduce emissions to better protect future generations from climate-induced harm (Climatewire, April 30, 2021).

The courts took a different approach, ruling that the country’s mining law gave the coal company the legal right to expand and that the coal phaseout legislation does not contradict that decision.

“The court says that this is a decision based on legislation, and the decision to continue has a firm ground in existing legislation, and it’s not for the court to change that,’ said Michael Bothe, professor emeritus of public and international law at the J.W. Goethe University in Frankfurt-am-Main.

Last month, the high court for the state of North Rhine-Westphalia upheld an earlier decision by a district administrative court. That decision ruled that mining the coal under Lützerath is in full conformity with the planning decisions of the government, which assumed the coal would still be needed for power production well past 2030. While recognizing the “undeniable” climate and environmental damage caused by coal mining and coal power generation, the court ruled that climate protection measures don’t require the immediate phasing out of coal, Bothe explained.

According to a translation of the high court’s German press release on its decision, the argument to stop the mine’s expansion relied on climate policy demands “that have no basis in current law” and should be addressed to the legislature.

In particular, the court found that the complainants did not show that an immediate end to lignite mining and power generation can be derived from the 2021 Constitutional Court decision, according to the press release. For the company to take possession of the land, it is sufficient that the supply of lignite to the energy market is at risk, it added.

What’s more, he said, the decision allows for the destruction of the village and the mining of the coal underneath it, leading to more emissions.

“We were ready for a negative decision, and the judicial path was always only one part of our strategy,” said Christopher Laumanns, a member of Alle Dörfer Bleiben, or All Villages Remain, which was formed in 2018 to generate support for villages that are slated to become the sites of lignite mines. “But we didn’t expect it to be this bad.”

He sees the verdict as a symbol of how outdated the laws are around mining.

“The government is so slow,” he said. “And delay is the new denial.”

Germany is moving forward with its coal phaseout. Last week, the Cabinet approved a package of draft legislation that would accelerate the expansion of renewable energy. Under that bill, renewable energy would generate 80 percent of the country’s power mix by 2030, double what it is currently.

Russia’s war in Ukraine has exposed Germany’s dependence on Russian imports of fossil fuels and highlighted the importance of phasing out their use, Robert Habeck, Germany’s minister for economy and climate, said when announcing the package (Climatewire, April 7).

But the accelerated end to coal hasn’t been formally passed and won’t likely take effect until later in the year.

“The traditional balancing of interests was that production of electricity, based on that particular coal, is in the public interest because of the energy needs of the population and the industry,” he said.

Lawyers and activists following the case over Lützerath said Russia’s invasion of Ukraine and efforts to sever Germany’s ties to Russian energy supplies played no part in the court verdict.

There are growing concerns, however, that Germany’s efforts to cut its dependence on Russian imports of natural gas and new sanctions on coal imports will allow for a short-term bump in lignite.

Germany is considering delaying the closure of some lignite power plants — both those in reserve and those that are operating in the market — as well as bringing back online lignite plants that only recently closed, Sabrina Kernbichler, lead European power analyst at S&P Global, said in an email.

But she added that keeping those plants open should not require an extension to the attached lignite mines, most of which should hold sufficient coal in reserve to get Germany through the coming winter and until the country has sufficiently diversified its gas supply.

Still, even a short-term bump in coal consumption could undermine climate goals, as outlined in the latest science. A recent report from the Intergovernmental Panel on Climate Change said that fossil fuel use needs to peak by 2025, just three years from now (Greenwire, April 4).

“On a very local level, it’s still as if the coal exit isn’t happening,” said Witt, the campaigner from Europe Beyond Coal.

But it is happening in federal policy, she added, and it may even happen faster than 2030. What’s needed now is for it to be implemented on the ground.

All Villages Remain, the alliance of activists, is organizing weekly protests in Lützerath, with a demonstration scheduled for April 23. Since the court decision, Heukamp, the farmer, has sold his land to the RWE.

“There is no legal solution, but I hope that the fight for the threatened villages will continue,” he said in a video shortly after the verdict was decided.

A spokesperson for RWE said the expansion is part of a long-planned process approved in 1995.

“It was always clear that Lützerath would one day be mined,” said Guido Steffen, the spokesperson. “For this, the village already has been resettled.”

It may seem like a contradiction to continue mining while also working to phase out coal, he added. But he argued that it’s not.

“We are reducing coal utilization, but reducing does not mean we do not need coal anymore all of a sudden,” Steffen said.

Even with the case decided, Witt said she doesn’t think this is the end of the story of Lützerath.

“It’s an issue that’s now very close to the climate movement,” she said. “So many people in Germany know the name of Lützerath.”