Germany wants to phase out coal. Is it moving fast enough? 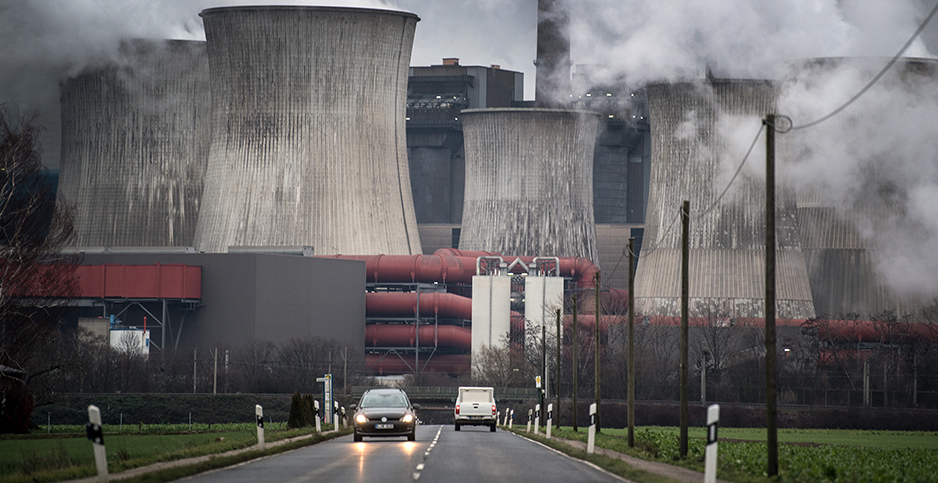 Vehicles driving on the road to the Niederaussem coal-fired power plant in Germany. Federico Gambarini/dpa/picture-alliance/Newscom

Germany is pulling the plug on coal. But Europe’s top carbon emitter now faces questions about whether it is moving fast enough to scrap the carbon-intensive fuel.

On Saturday, a government commission recommended the nation phase out coal by 2038. The plan calls for retiring roughly a quarter of the country’s coal fleet by the end of 2022, spending $46 billion to support mining-reliant regions over the next two decades and preserving parts of the Hambach Forest, where a German utility’s plans for a lignite mine sparked protests and court challenges last year.

Supporters say it offers a model to other nations that rely on fossil fuels, providing an outline for how to cut emissions while not leaving miners, power companies and the communities that depend on them in the lurch.

Its 28 members hail from industry, trade unions, the environmental sector and the government. The seven-month process that culminated Saturday began as a solution to entrenched disagreements between the two member parties of Germany’s coalition government — the center-right Christian Democrats, led until December by Chancellor Angela Merkel, and the center-left Social Democrats — about how to handle coal.

Germany’s coalition government has signaled an intent to move the commission’s recommendations as legislation.

"This is an important step on the road to the post-fossil age — a step that also opens up new perspectives for the affected regions through innovation-driven structural change," said physicist Hans Joachim Schellnhuber, a member of the commission, in a statement.

The climate stakes of Germany’s moves on coal are considerable. No European nation consumes more of the black mineral, and only Poland mines more. In 2017, German emissions clocked in at 763 million metric tons of carbon, according to BP PLC’s review of global energy, making it the world’s sixth-largest emitting nation.

German policymakers have long agonized over how to meet the country’s climate goals while protecting its economy. Coal has long powered the country’s famous factories, and miners and power companies wield considerable influence in the Bundestag, the German parliament.

Indeed, the commission’s report was originally slated for release in November in time for U.N. climate talks in Katowice, Poland, but the regional governments of Brandenburg, Saxony and Saxony-Anhalt refused to sign off without more financial incentives, which they ultimately won.

The German proposal comes amid a wave of announced coal phaseouts in other countries. The 30 members of the so-called Powering Past Coal Alliance — spearheaded by Canada and the United Kingdom — have made a collective promise to mothball their coal-fired plants by 2030. France’s target is 2021, one of the earliest in the alliance.

Germany’s target lags by comparison, and environmentalists both on and off the commission promise they’ll fight to move the country’s phaseout date forward.

De Pous noted the current coal fleet would be retired by 2038 even without the deal, despite regional leaders’ statements to the contrary. He pointed out that commission members from the coal sector made 2038 their opening negotiating position.

"They’ve been able to maintain it while getting all the additional measures of investments in the regions," de Pous said.

Martin Kaiser, executive director of Greenpeace Germany and a member of the coal commission, called the plan "quite significant," noting it comes as the world’s fourth-largest economy simultaneously works toward the retirement of its nuclear fleet in 2022.

The coal commission’s final agreement calls on scrapping 12.5 gigawatts over the next three years, more than double the amount already slated to retire.

Kaiser nevertheless called the 2038 target "unacceptable" — but he said that wouldn’t be the last word. The commission called for a triennial program review beginning in 2023, opening the door for climate activists pushing for an earlier phaseout date.

"We made it very clear that we are not putting consensus on that one," he said of the 2038 date. "But in general, I think the entry into the phaseout of the coal is what we needed now."

‘It had gotten off track’

Germany was once widely viewed as a model for how to reduce greenhouse gases and grow the economy. But its emissions have increased in recent years, prompting criticism of the government’s efforts.

The country is now expected to blow past its 2020 commitment to reduce greenhouse gases 40 percent compared with 1990 levels. A 2018 report by the federal government found Germany had reduced emissions only 27 percent of 1990 levels through 2016. One German official told E&E News that the country’s emissions would now be 32 percent below 1990, if generation equaled domestic supply and Germany wasn’t supplying power to the European grid.

But Saturday’s agreement puts Germany on track to meet its national carbon reduction targets in 2030, when carbon emissions are supposed to fall 55 percent of 1990 levels, said Michael Mehling, a professor at the Massachusetts Institute of Technology who studies the German power system.

"That’s the message from Germany. It had gotten off track because it’s so hard to get everyone to agree, and it managed to hammer out this consensus," he said. "This is the right pathway, getting to deep decarbonization by the second half of the century."

But Germany’s climate advocates noted the phaseout announcement coincided with news that five Nordic countries were revising their emission reduction targets to reflect the IPCC’s recent findings. The 1.5 C scenario would require even China to phase out coal by 2040, and it’s clear that a 2038 target from industrialized Germany would miss the mark.

"One can clearly see that the emissions pathway that will likely result from this proposal is far away from what would be needed to be Paris Agreement compatible," said Paola Parra, who tracks decarbonization of the energy sector at Climate Analytics in Berlin. "It will also not result in reaching Germany’s 2020 emissions target. The German 2030 emissions target is not yet Paris Agreement compatible and would have to be scaled up, together with the overall E.U. 2030 target."

Critics say Merkel, a former German environment minister hailed as the "Green Chancellor" earlier in her tenure, should tend to her environmental legacy before she departs office in the next few years.

"She has always been good in climate diplomacy and defining long-term goals," Kaiser said. But, he added, legislating to combat Germany’s own emissions has not been Merkel’s strong suit.

"That needs to change now," he said.

In a way, the deal provides a lifeline to the German coal fleet, with more than a third of the country’s coal plants remaining operational post-2030, said Sebastian Ljungwaldh, an energy analyst at Carbon Tracker. An analysis by the London-based financial think tank found all German coal plants are likely to lose money after 2030, due to the combination of rising carbon prices, environmental regulations and increased competition from renewables.

"This means that either investors, consumers or government will have to in effect prop up these plants," Ljungwaldh wrote in an email.

Plenty about how the deal would be implemented remains unknown. Power companies would have until 2020 to decide which plants they would retire in the initial wave of 2022 closures.

Charting the country’s emissions reductions will depend in large part on which plants Germany closes and how much the remaining facilities operate, analysts said. Roughly half of Germany’s coal fleet burns domestically mined lignite, a particularly carbon-intensive variety of coal.

Renewables are expected to replace much of the lost coal. Even before the commission announced its plan, S&P Global Platts expected wind would essentially double its capacity from 10.8 GW in 2018 to 20.2 GW in 2040. Solar, meanwhile, is projected to grow from 4.4 GW to 9.3 GW over that time period.

Gas, too, figures to benefit, said Glenn Rickson, head of power analysis at S&P Global Platts. The switch may have already started. Rickson noted a recent rebound in the price of European carbon credits is already prompting a shift from coal to gas.

The question now is how far and how fast Germany is willing to push.

Correction: A previous version of this story misstated the parties in Germany’s coalition government.