‘Get rid of competition’? FERC and the push for power lines 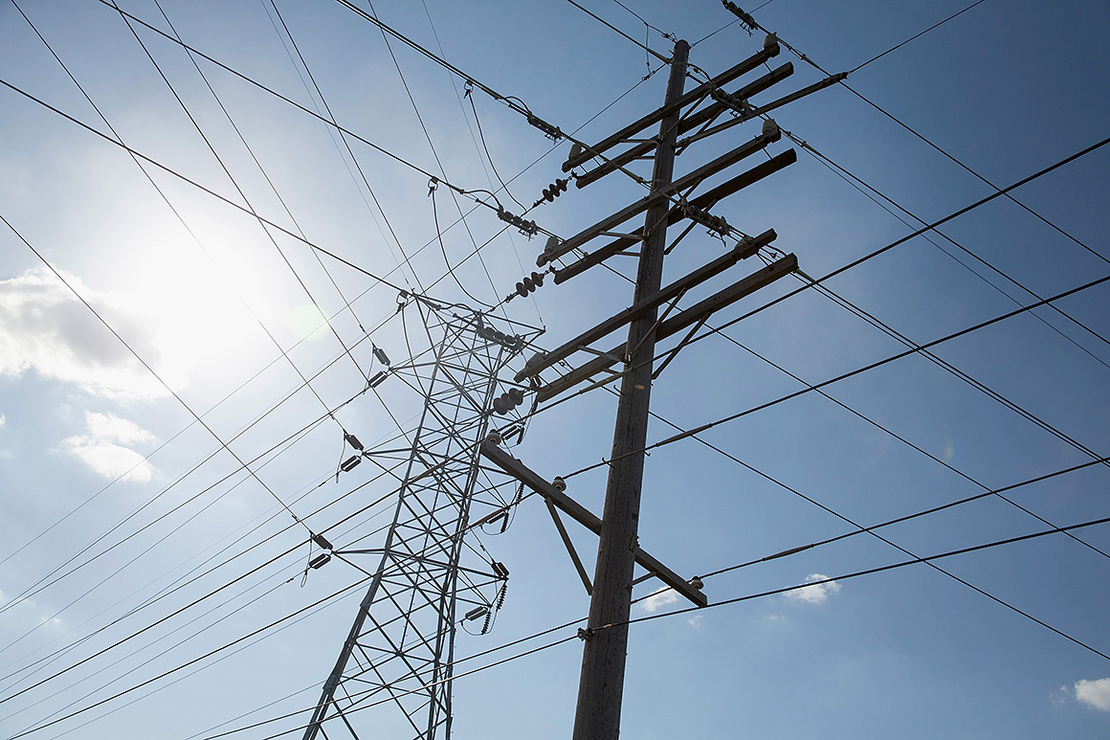 A proposal from federal regulators to change the U.S. transmission planning process has been praised by renewable energy advocates, who see it as key to scaling up carbon-free power.

But the reforms, if finalized, would also give utilities more control in the development of new high-voltage power lines — a shift that could spark backlash from consumer advocates, independent renewable energy companies and others.

That’s because, according to critics, reduced competition opens the door to higher costs for residents and businesses that pay for the electricity carried by new lines. Supporters say the potential to move faster on infrastructure projects and get more renewables online outweighs any concerns.

At issue is a sweeping notice of proposed rulemaking (NOPR) from the Federal Energy Regulatory Commission last month that would alter the processes for planning and paying for new transmission lines (Energywire, April 22).

In addition to establishing a forward-looking approach to developing transmission projects to account for changes in the resource mix, the proposal would roll back an 11-year-old policy that increased competition in the transmission planning process — and that electric utilities have long opposed (Energywire, Jan. 19).

“Utilities were the only ones that wanted to get rid of competition, so this is the compromise position that I suppose FERC has struck,” said Ari Peskoe, director of the Electricity Law Initiative at Harvard Law School’s Environmental & Energy Law Program.

Specifically, the commission proposed reinstating a framework known as the right of first refusal for certain regional transmission projects that an incumbent utility develops in partnership with another entity. In those circumstances, utilities would be guaranteed the opportunity to develop a new transmission project in their service territory, rather than have projects be subject to a competitive bidding process.

In 2011, FERC issued Order 1000, which, among other things, opened up many transmission projects to competition, eliminating the federal right of first refusal for most regional transmission lines. Under the recent proposal, however, projects that would be jointly owned by an investor-owned utility and another party — such as a public power utility, a separate investor-owned utility or a private developer — would see protection from competition restored.

In the recent NOPR, the commission also asks for feedback on the question of competition in the transmission planning process, FERC Chair Richard Glick said. The proposal, which has not been finalized, could change once the commission receives comments on it later this year.

“There’s been a lot of debate about the [right of first refusal] provision in Order 1000 and whether it’s been successful or not in a competitive market,” Glick said on a call with reporters in April. “I think we’re going to get a lot of comments on that particular issue in this proceeding.”

As of now, it remains to be seen where major environmental groups advocating for more clean energy will land on the issue.

“[We] are still working out our position on this challenging issue,” John Moore, senior attorney and director of the Natural Resources Defense Council’s Sustainable FERC Project, said in an email.

Still, the proposed changes to the competitive transmission planning process are already proving to be controversial for some major players in the energy industry.

Days after FERC issued the NOPR, the Electricity Transmission Competition Coalition — which includes manufacturing groups, retail consumers of electricity, state consumer advocates and others — accused the commission of “siding with the monopoly power of incumbent electric utilities” at the expense of consumers.

According to the coalition, allowing for competition in the transmission planning process helps keep down the costs of new power lines.

Minimizing the costs of transmission is critical considering the amount of investment needed to support a carbon-free energy system, said Devin Hartman, director of energy and environmental policy at the free-market focused R Street Institute and a former analyst at FERC.

A 2020 report from Princeton University researchers, for example, called for expanding the nation’s electric transmission system by 60 percent by 2030 to help achieve net-zero greenhouse gas emissions by midcentury.

If competition in the transmission planning process is reduced, that could ultimately make new power lines more expensive for consumers — potentially creating “backlash” against building out a robust, carbon-free grid, Hartman said.

“You want to plan for the future, of course. But if you don’t have the right governance process in place, it’s not clear you’re going to accomplish your objectives,” Hartman said.

Utility trade associations have welcomed the proposed changes related to the right of first refusal, saying they could help speed up the development of new transmission projects needed to connect renewable energy projects to the grid.

After FERC first floated major reforms to the transmission planning and cost allocation processes last year, trade groups such as the Edison Electric Institute urged the agency to revisit its decision to eliminate the federal right of first refusal under Order 1000.

By proposing changes to its current policy mandating competition in transmission planning, FERC has acknowledged that the existing process simply “hasn’t been working,” said Larry Gasteiger, executive director of the Wires Group, a trade association that represents utilities, regional grid operators and developers of transmission projects.

Few successful transmission projects have come out of the competitive transmission planning process, and some that were developed that way have run into cost challenges and other issues, Gasteiger said. By partially reinstating the right of first refusal, FERC seems to be prioritizing getting needed infrastructure built, he said.

“[The current system] is creating a lot more process, a lot more conflict within those processes. Generally speaking, adding more stakeholders, creating more process, involving more opportunities for litigation … is not helpful to getting transmission infrastructure built on a timely basis,” said Gasteiger, who previously served as chief of staff at FERC.

The benefits of the competitive transmission planning process appear to be limited, said Phil Moeller, executive vice president of the business operations group and regulatory affairs at the Edison Electric Institute.

While competition was supposed to result in least-cost transmission projects, developers of new lines all face similar costs for labor, equipment and other project needs, said Moeller, a former FERC commissioner. Utilities also have a track record of building projects quickly, he said.

“We’re all basically using the same people, and that in itself is a competitive process,” Moeller said. “I think this is what FERC recognized when they came out with [this] proposal in the NOPR, that there’s a value to the people who already do this and have been doing it for over 100 years.”

Supporters of competition disagree. The Electricity Transmission Competition Coalition, for example, has cited a 2019 report from the Brattle Group that estimated that transmission projects developed through a competitive bidding process could result in 20 to 30 percent cost savings for consumers.

State consumer advocates and attorney generals have also called for increased competition, rather than less of it, in the transmission planning process.

In a comment sent to FERC last year, Massachusetts Attorney General Maura Healey (D) argued that “Non-Competitive Transmission Projects” in New England were a source of significant delays. Healey also said that utilities in New England advocating for less competition had failed to back up their claims.

“There is no mention of any profit motive by these investor-owned utilities in advocating for the return to policies of yesteryear; but their self-interest is transparent and underscored by the lack of data supporting their claims,” Healey wrote.

Regardless, in issuing the proposed changes, FERC seems to have acknowledged that competitive rules for transmission projects have created “perverse incentives” for utilities when it comes to building cost-effective transmission lines, said Peskoe of Harvard Law School.

Allowing for a “conditional” federal right of first refusal for jointly owned projects could help address “potentially flawed investment incentives” that may be standing in the way of “more efficient or cost-effective regional transmission facility development,” the majority of commissioners concluded in the NOPR.

“We believe that this reform will help to ensure just and reasonable Commission-jurisdictional rates and limit opportunities for undue discrimination by public utility transmission providers,” the NOPR said.

Peskoe, who advocated against reinstating the federal right of first refusal in a comment to FERC last year, noted that the issue is one small part of FERC’s expansive proposed reforms.

The NOPR also suggests giving states a larger role in the processes for developing new transmission lines and requiring utilities to “fully consider” technologies that could make power lines more efficient and cost-effective, among other measures.

“I think if we have significant involvement of state regulators that do want to see robust transmission development, that can perhaps mitigate some of the downside of losing competition,” Peskoe said. “But it’s not as good as competition could have been.”