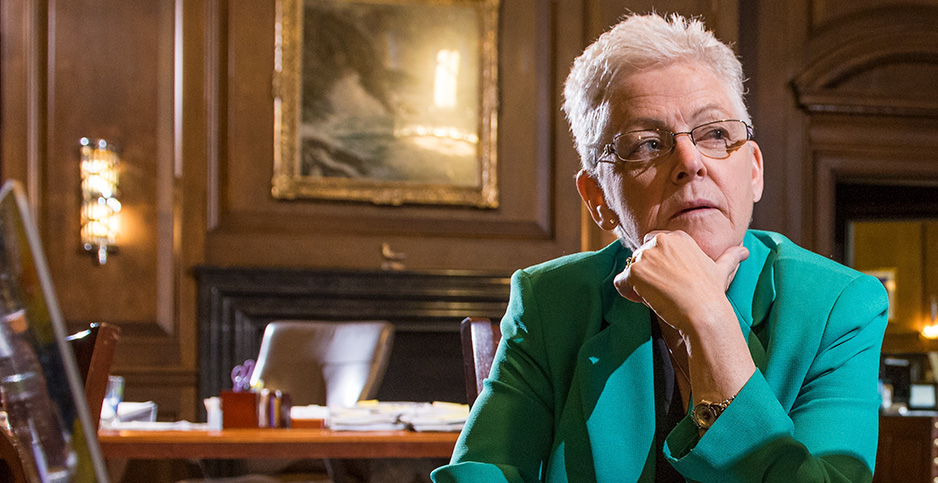 Top White House climate officials are meeting virtually today with airline executives to talk about how the sector can reduce its greenhouse gas emissions.

It’s the latest industry-focused meeting held by McCarthy since Biden issued an executive order putting her in charge of a new National Climate Task Force. Reuters first reported the meeting with airline executives.

The interagency task force is formulating new U.S. commitments to the Paris Agreement by April 22 to show how the U.S. plans to cut emissions by 2030.

McCarthy met previously with executives of major utilities. And on Wednesday, she, Deese and Pete Buttigieg, the Transportation secretary, met with "more than a dozen automotive industry manufacturers" and labor leaders from United Auto Workers and the International Brotherhood of Electrical Workers, according to the White House.

The discussion focused on how "transformative investments" in the auto sector could benefit U.S. competitiveness and jobs.

The meeting today follows a first-of-its-kind greenhouse gas rule for aviation emissions released by EPA in December. The rule was widely panned by environmentalists for not requiring the industry to adequately control its burgeoning emissions. The rule is likely to be revised under Biden.

The climate task force led by McCarthy has an April 22 deadline to announce new carbon reduction commitments for U.S. membership in the Paris Agreement. That’s when Biden will hold a climate summit for world leaders.