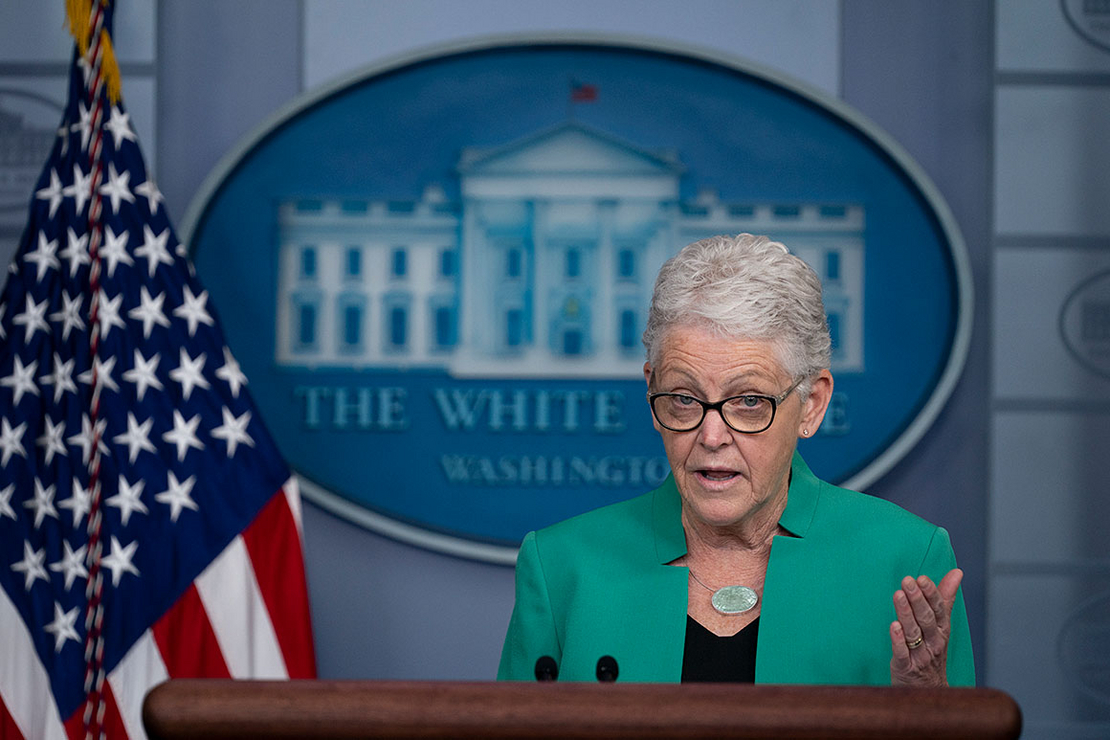 National climate adviser Gina McCarthy talks to reporters in April. McCarthy suggested today that the administration is looking at a number of ways to reduce power-sector emissions. Evan Vucci/AP Photo

White House climate adviser Gina McCarthy said “there are many different ways to get to an endgame here” if the reconciliation bill doesn’t pass or if its climate ambitions are watered down.

McCarthy spoke at a virtual event for E2, a national nonpartisan group of business leaders and investors. She said the business community was one of the most important allies in the administration’s climate policy fight.

McCarthy’s apparent backpedaling on the administration’s ability to pass the most significant climate legislation through Congress comes as a division between progressive and moderate Democrats has threatened to derail any policy progress. Moderates want a vote tomorrow on the $1.2 trillion bipartisan infrastructure plan, which contains a small fraction of Biden’s climate policy. Progressives have threatened to vote against that bill, however, unless a broad agreement is first reached on the reconciliation bill that includes a broad selection of Biden’s climate policy.

In recent days, Biden has had multiple meetings with both Sen. Joe Manchin (D-W.Va.) and Sen. Kyrsten Sinema (D-Ariz.), two of the primary holdouts on the reconciliation bill. The White House has claimed progress has been made, but little has surfaced publicly to support that.

The most significant climate policy embedded in the reconciliation plan is the Clean Electricity Performance Program, which provides funding for utilities to build out clean energy resources every year and penalizes those that don’t move fast enough. There are also tax incentives for clean energy that would encourage a rapid build-out of solar, wind and other zero-carbon resources.

But McCarthy said the administration could also use regulations to achieve its goals.

“I don’t think we need to have every penny in here to make tremendous progress,” she said. “Anything near this level of investment sends a signal to the private sector, and they are so creative about making their own path forward that generally when the government sends a signal like this, it just takes off. It’s like releasing a boulder and sending it downhill, and over time it just picks up speed.”