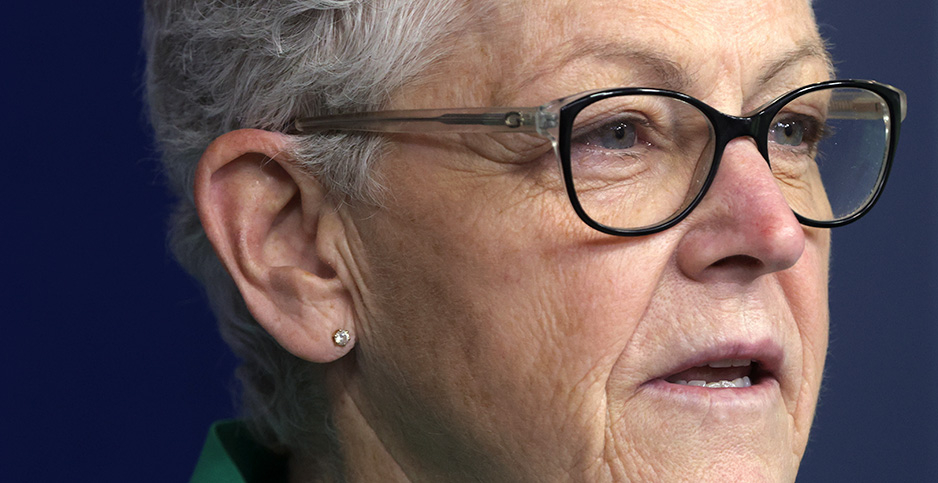 White House climate adviser Gina McCarthy said yesterday that the administration will continue to back carbon capture and storage projects after an environmental justice advisory panel to President Biden called for omitting initiatives that use the technology.

Speaking virtually at a Columbia University Center on Global Energy Policy summit, McCarthy said the White House would look to address challenges raised by advocates and suggested there could be ways to counter traditional pollutants from CCS to blunt what she called the "discriminating burden" on some communities.

"It is going to be one of those issues we’re going to have to work through," McCarthy said. "There are folks who like some [proposals] and don’t like others, and I recognize that."

Her remarks come as Biden’s Environmental Justice Advisory Council last week called for omitting 14 types of energy projects from Biden’s pledge to deliver 40% of clean energy "benefits" to environmental justice communities. The list included CCS, as well as direct air capture, which captures carbon dioxide from the atmosphere; nuclear power procurements; and anything that would extend the lifetime of fossil fuels (Energywire, May 17).

McCarthy said the council was "very clear on what they liked and didn’t like," adding that the advisory panel is "certainly looking to put their finger on the scale of this."

But McCarthy said Biden is interested in an "all-of-the-above strategy," adding that the administration continues to support carbon capture despite concerns from critics that it does little to reduce nitrogen oxides emissions — a local pollutant linked to higher asthma rates — and could exacerbate long-standing inequities in where energy infrastructure is located.

Carbon capture supporters have said the technology is critical to meet climate targets and will cut emissions, despite being linked with fossil fuels (Energywire, March 22).

"We’ve not taken anything off the table," McCarthy said. "The thing we have to walk through is combining those protections so that we’re making sure we’re not relying on any one, but those are opportunities that we should not pass up."

The White House has suggested it would endorse a tax credit or some other direct payment to prevent existing nuclear reactors from closing, and McCarthy called it "absolutely essential" to keep some nuclear plants online as long as they are environmentally sound.

"We need the time to actually find a way to get renewable energy a bigger part of the mix," she said. "It’s going to be essential in a number of areas to continue with that while we build out our transmission system and look for other opportunities."

Asked about the International Energy Agency’s warning yesterday that the world needs to immediately stop developing new fossil projects if it wants to avoid a climate catastrophe, McCarthy said it’s "one of the things that we have to think about and struggle with." The IEA report released yesterday said it’s achievable to hold warming to 1.5 degrees Celsius, but will require a sweeping transformation of the energy sector (Energywire, May 18).

She demurred as to whether efforts to fight climate change will require changes to personal behavior or sacrifices — as moderator Jason Bordoff, the founding director of the Center on Global Energy Policy, put it — or whether Americans would be required to "put on a sweater."

"The sweater thing reminds me of President Carter," she said. "I don’t want to go there."

She said she expects technology to improve energy efficiency to the point that it will be the choice.

"If you’ve driven an electric vehicle, you will realize the performance is so much higher than a combustion engine," she said. "People will get to where they need to go in different ways."