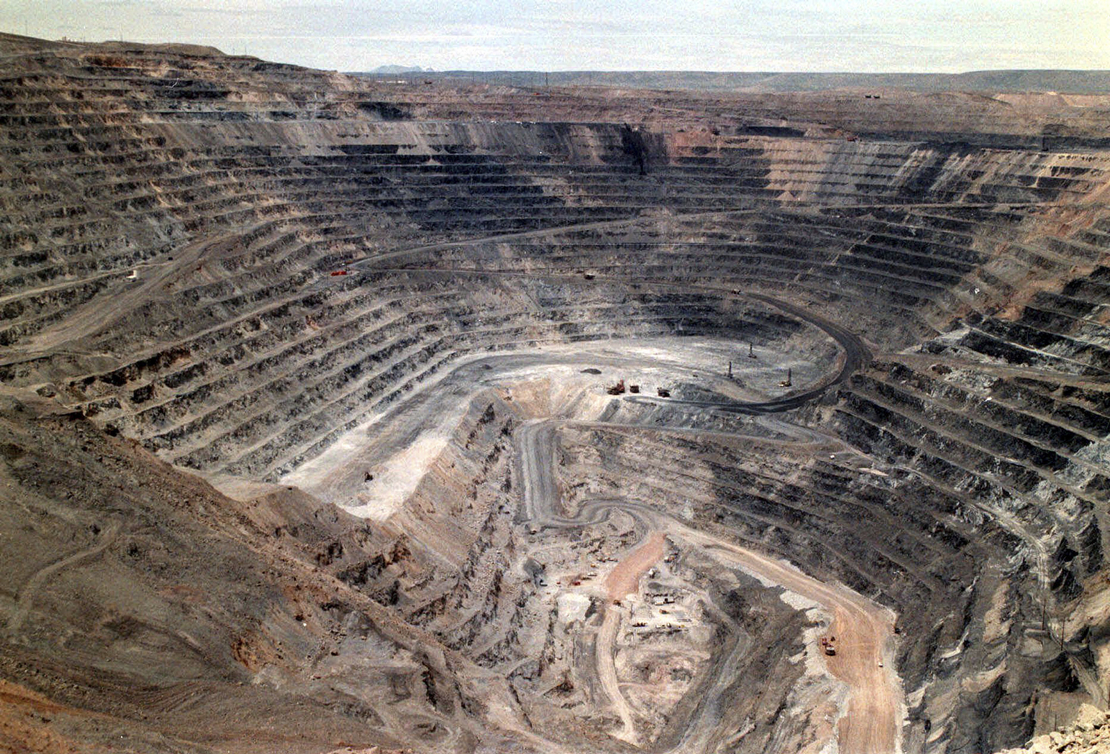 A company owned by the two largest gold mining companies in the world is considering whether to cut its carbon footprint by spending more than half a billion dollars on railroads in the Nevada desert.

The companies formed Nevada Gold Mines in 2019 after merging many of their mines in the state under one joint entity, which Barrick Gold says is the largest gold mining complex in the world.

Both Barrick, which owns a controlling stake in Nevada Gold Mines and operates the mines, and Newmont have said they want to cut their carbon emissions by 30 percent compared with 2018 levels by 2030 and achieve net-zero emissions by 2050.

By transporting gold ore by rail instead of road, Nevada Gold Mines representatives said, the complex will be able to significantly reduce its overall carbon emissions footprint by taking diesel trucks off the road. If built, the railway would help accomplish both companies’ larger ambitions to tackle climate change, they said.

The Center for Biological Diversity is already voicing concerns about the railroad plans, raising questions about the climate benefits and noting the railways would need to cross key habitats for sage grouse and mule deer. The environmental group obtained documents from the Bureau of Land Management through a public records request about the plans, which discuss in further detail why the company is interested in the project.

Last April, Nevada Gold Mines sent plans to BLM detailing its proposal for the rail system, which would initially connect its Cortez and Goldstrike mines across nearly 100 miles of rail. Reasons the company listed to build the railroad included helping cut costs, making new areas available to mine, and extending the lives of mines and processing facilities.

The document made no mention of climate change or carbon emissions.

In an interview Monday, Nevada Gold Mines Executive Managing Director Greg Walker confirmed the rail system concept, which was not previously made public, is under consideration internally.

He described it as a “greenhouse gas project as well as a cost-reduction project.”

“It’s really exciting,” Walker said. “It’s about $600 million dollars [in] capital up front. It’s fairly capital intensive. We need to do a lot more work to make sure that project makes sense.”

As part of their decisionmaking, he said, executives overseeing Nevada Gold Mines are deciding whether to use zero-emission battery trains or typical diesel-powered trains, which would allow the company to build less rail by also relying on lines already used by Union Pacific instead of building its own private railroad.

Nevada Gold Mines management believes the rail gauge for both kinds of trains is the same and it can convert to electric once the technology is workable, leading to further emissions reductions in the future.

Walker said the ore transportation project was in its “early stages,” and a decision on whether to invest money into the rail system will be made by the end of the year. Because of this, nothing has been said publicly about the rail concept, he said.

However, the plans provided to BLM in April, which the Center for Biological Diversity gave to E&E News, outlined a much more detailed schedule in which construction would begin in 2024 and the railroad would begin operating in 2026. Nevada Gold Mines sent a similar plan to the agency two months later that carried an identical time frame.

A spokesperson for Nevada Gold Mines emphasized that the project is still just a proposal.

“The Ore Transportation Railway project is currently a feasibility study and all components, including timelines, are conceptual at this point and are likely to shift as a result of the many variables present and the relatively early stage of the study,” spokesperson Natacia Eldridge said in an email.

She continued: “In the timeframe since the documents you referenced were generated, the project schedule being used internally by NGM for business planning has already been modified and will continue to be updated as the study progresses.”

Factoring into the decision whether to invest in the railway is that, in order to build it, there will be lengthy environmental reviews by state and federal regulators.

The company submitted a right-of-way application to BLM in May for baseline studies to be conducted that will help determine the exact area affected by the railway, including potential intersections with environmentally sensitive lands and places sacred to nearby Native American tribes.

BLM’s role in the railway proposal is “just in those preliminary stages,” said Melanie Peterson, field manager for the BLM Tuscarora Field Office in Nevada.

Peterson said collecting the information needed to conduct a National Environmental Policy Act review for the project could take “one to three years,” a time frame that excludes writing the actual environmental review document.

Walker said part of the reason the railway project is still in its infancy is that studies are being conducted into possible environmental and cultural impacts.

In her email, Eldridge stated a plan of development for the project will be submitted to relevant federal agencies and go through a NEPA review “if NGM determines that it will go forward with the project.”

The seeds of opposition

The gold train would also possibly face opposition from environmentalists skeptical it would be helpful for the environment overall.

Patrick Donnelly, Great Basin director for the Center for Biological Diversity, said in an email that the decision to not plan for battery-powered trains despite the rail being years away from potential operation goes against Barrick and Newmont’s climate pledges.

He said it falls in line with another decision by Barrick in 2020 to convert the coal-fired power plant that provides electricity to the bulk of Nevada Gold Mines’ operations to gas, as opposed to a zero-emission energy source.

“This is just another step in Barrick and Newmont’s industrialization of the wildlands of northern Nevada,” Donnelly said in an email. “When taken in totality with the number of mines and other infrastructure, the area begins to seem like a resource extraction colony.”

The Center for Biological Diversity’s Freedom of Information Act request produced nearly 1,000 pages of emails, maps and other documents.

He said documents show the railway could potentially disrupt habitat for imperiled species, such as sage grouse and mule deer.

“What rural Nevada needs is conservation and rehabilitation from the destruction of these companies’ mines, not more industrial infrastructure to line the pockets of out of state investors,” he said.

Walker defended the move to convert the Nevada Gold Mines power plant to gas, which Barrick Gold has said would cut carbon emissions from the plant by up to 50 percent.

Taken together with a planned 200-megawatt solar energy facility, he said, the complex is on a path to quickly and efficiently cut carbon emissions.

“For a relatively small amount of capital, we can convert it to gas. That drops out a significant amount of greenhouse gas emissions in the short term,” Walker said.