‘Google of oil and gas’ files for bankruptcy 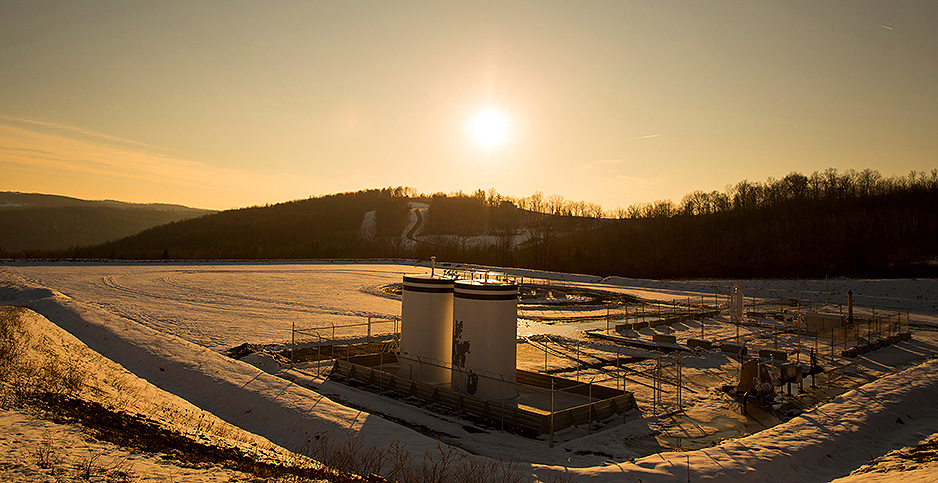 Chesapeake Energy Corp., the company that was a pioneer of the fracking boom and a symbol of its excesses, filed for bankruptcy yesterday after struggling for most of a decade to overcome its debt load and the legacy of its late founder, Aubrey McClendon.

The company, based in Oklahoma City, filed in the U.S. Bankruptcy Court for the Southern District of Texas for Chapter 11 protection, which will allow it to discharge some of its debts and restructure. Chesapeake filed separate petitions for 40 other companies and partnerships, according to court records.

So far, at least 20 oil and gas companies have filed for bankruptcy since the onset of the coronavirus pandemic, according to the law firm Haynes and Boone LLP and media reports. Most of them were forced out by a combination of high debt and low oil prices.

Chesapeake stands out because it grew so fast in its early years and because of its spectacular decline.

"No company better signified the trends, good and bad, of the shale revolution," said Ethan Bellamy, an analyst at Robert W. Baird & Co.

At its peak a decade ago, Chesapeake was the second-largest natural gas producer in the country, and it controlled the drilling rights on an area the size of West Virginia. It also had more debt than Exxon Mobil Corp. and Chevron Corp. combined, and drew a drumbeat of criticism for its lax governance and the perks it bestowed on McClendon.

Like other energy companies, the coronavirus pandemic and the recession hit Chesapeake hard, but the company has also been dodging bankruptcy rumors for months. Chesapeake warned investors it might go bankrupt in May. The company would continue operating as normal during insolvency, CEO Doug Lawler told employees at the time.

"We are fundamentally resetting Chesapeake’s capital structure and business to address our legacy financial weaknesses and capitalize on our substantial operational strengths," Lawler said yesterday in a statement.

"By eliminating approximately $7 billion of debt and addressing the legacy contractual obligations that have hindered our performance, we are positioning Chesapeake to capitalize on our diverse operating platform and proven track record of improving capital and operating efficiencies and technical excellence. With these demonstrated strengths, and the benefit of an appropriately sized capital structure, Chesapeake will be uniquely positioned to emerge from the Chapter 11 process as a stronger and more competitive enterprise."

According to court filings, Chesapeake’s parent corporation has $16.2 billion in assets and $11.8 billion in debts. The company has eliminated $20 billion in debt and other obligations — and laid off thousands of workers — since Lawler became CEO, but it wasn’t enough to keep the company solvent.

Chesapeake has secured a $925 million debtor-in-possession agreement that will fund its day-to-day operations, the statement said. It has also "agreed to the principal terms" of a $2.5 billion exit financing plan.

The oil industry was a natural fit for McClendon. His great-uncle, Robert Kerr, helped start the oil company Kerr-McGee Corp. and was a U.S. senator and governor of Oklahoma.

Oil and gas production in the United States had been declining for five years when Chesapeake opened its doors. By the end of the 1990s, though, a handful of small companies were developing technology to reverse the trend.

Geologists had known for decades that there were deeper formations of shale soaked with oil and gas lying underneath some of the country’s conventional drilling fields. The problem was that the prize was trapped inside layers of shale that were too dense to produce with conventional methods.

In 1998, Texas-based Mitchell Energy & Development Corp. succeeded in tapping a gas-bearing shale formation using a blast of water, sand and chemicals to break open the rock. By the early 2000s, companies had begun to drill wells horizontally before fracturing them.

The combination of techniques came to be known as hydraulic fracturing, or fracking. McClendon and Ward saw the trend coming and hired an army of land agents to lease drilling rights around the country.

By the mid-2000s, fueled by high natural gas prices and easy credit, Chesapeake was drilling everywhere from urban neighborhoods in Fort Worth, Texas, to the wooded hills of Pennsylvania.

McClendon saw natural gas as the fuel of the future and plowed the company’s profits into lobbying campaigns aimed at boosting the use of gas in power generation and transportation.

Investors loved the company because it seemed to be a disruptor that would shake up the energy industry the same way new technology was revolutionizing other sectors of the economy, the consulting firm Wood Mackenzie said in a research note yesterday.

"At the first analyst day Chesapeake held, I overheard hedge fund analysts saying: ‘What is this place? The Google of oil and gas?’ And, yes, in a way, it was," Wood Mackenzie Vice President of Upstream Research Robert Clarke said.

Competitors, indictments and a glut

But the company’s land grab outstripped its ability to develop the gas-bearing property it had acquired. McClendon’s solution was to sell stakes in the company’s production to other oil companies. He also developed complicated financial deals with Wall Street banks that allowed Chesapeake to take an upfront payment in exchange for future drilling revenue.

Chesapeake had an unusual arrangement that allowed McClendon to buy a stake in every well the company drilled. McClendon borrowed money to pay for his share of drilling costs, then borrowed against the future proceeds from his stake in the production.

At the same time, Chesapeake was facing complaints and lawsuits around the country that accused it of shortchanging property owners on their drilling leases (Energywire, May 24, 2016).

By 2008, roughly a decade into the fracking boom, the company’s fortunes started to shift. Gas prices were at an all-time high during the summer but fell by more than half in the fall.

McClendon faced a margin call to pay for his personal loans; Chesapeake’s board not only bailed him out but paid him a $75 million bonus that year.

Perhaps as importantly, Chesapeake was slow to see the next trend. Gas prices never really recovered after the crash in 2008, largely because the fracking boom had unleashed so much of it onto the market.

Oil was far more valuable than gas, and the oil-weighted companies managed to stay above water even when oil prices crashed in 2014 and 2015.

Activist investors including Carl Icahn forced McClendon out of Chesapeake in 2013 (Energywire, Jan. 30, 2013).

In 2016, McClendon was indicted on federal criminal charges accusing him of rigging bids for gas leases in Michigan during his tenure at Chesapeake. The company itself wasn’t accused of wrongdoing; McClendon denied the charges but died in a one-vehicle crash the next day (Energywire, March 3, 2016).

The company’s legacy continued to hold it back in other ways. Chesapeake remained primarily a gas producer, and it struggled to pay off its debt from McClendon’s tenure. The company only turned a full-year profit once between 2015 and 2019. Its losses during those five years totaled $16.3 billion on $51.2 billion in revenue.

One thing that hasn’t changed is the company’s rich payout for its executives. Lawler was eligible for $15.4 million in total compensation in 2019, although his payout shrank to $9.7 million because the company’s share price dropped.