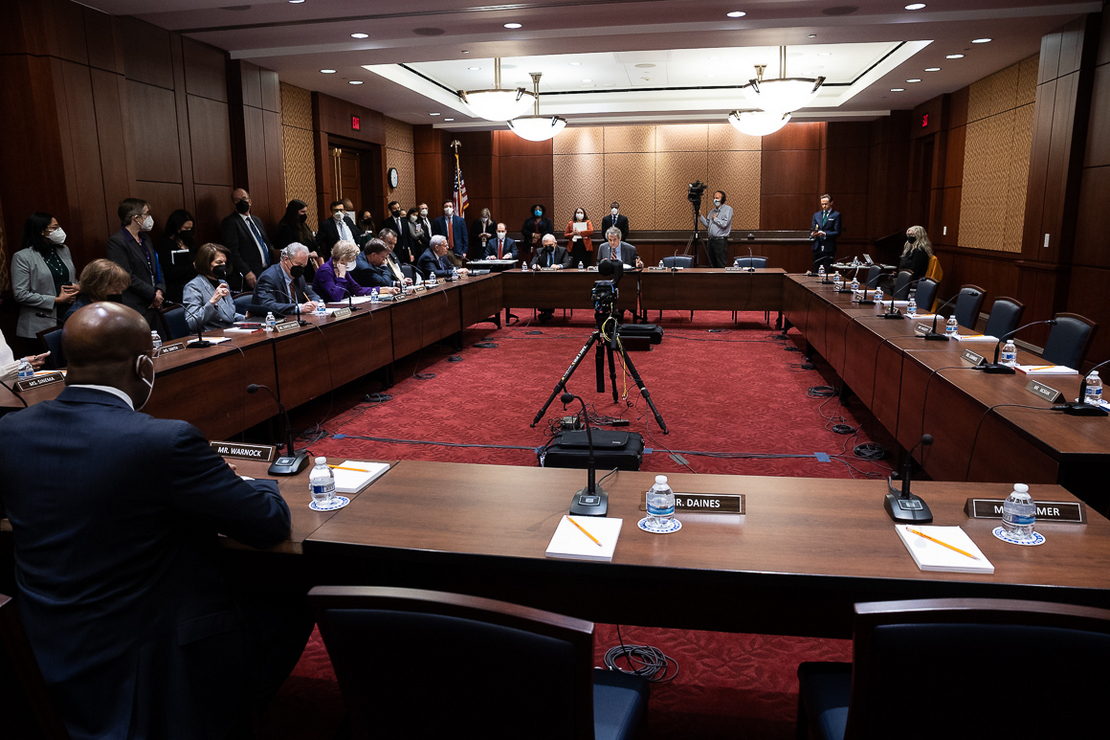 Republican senators refused to show up for a scheduled markup on Raskin’s nomination in the Banking, Housing and Urban Affairs Committee this afternoon, denying the panel a quorum to conduct business and preventing Raskin from moving to the floor.

The move also blocked several other less controversial nominees who had been scheduled for a vote alongside Raskin, including Fed Chair Jerome Powell and Lael Brainard, President Biden’s pick to be the Fed’s second-in-command.

“Last week, I told Chairman [Sherrod] Brown that Republican Committee members would agree to proceed with a markup on all outstanding nominations except that of Sarah Bloom Raskin,” ranking member Pat Toomey (R-Pa.) said in a statement.

Raskin, Biden’s pick to be the Fed’s vice chair for supervision, has become increasingly controversial with the GOP for her views on climate risk to the financial system. Republicans point to her past arguments against lending to oil, gas and coal companies, including a 2020 op-ed in which she called fossil fuels a “dying industry.”

Raskin, a favorite of progressive and environmental groups, said during her confirmation hearing she would be objective and not pick winners and losers. If confirmed, she would be a top banking regulator and would play a key role in determining how the Fed assesses risk to the financial sector from fossil fuel assets and increasingly severe natural disasters.

Toomey has repeatedly attacked Raskin’s climate views, but the Republican blockade primarily stems from her past work at a small financial technology firm that got special access to Fed payment systems during her tenure.

“Ms. Raskin’s repeated and forceful advocacy for having the Federal Reserve allocate capital and choke off credit to disfavored industries is alone disqualifying and reason enough to vote against her,” Toomey said. “But whether to proceed with a vote today is a separate question.”

Toomey has raised questions about whether Raskin used her influence improperly to boost the company and said today her answers to committee questions were “sloppy.” The company — Reserve Trust — and the Federal Reserve Bank of Kansas City, which is at the center of the controversy, have pushed back on allegations of impropriety.

Banking Committee Democrats staged a public markup this afternoon despite the GOP refusal to show up and used it to defend Raskin’s credentials.

“Let me be clear, Ms. Bloom Raskin has been the subject of an unrelenting smear campaign and fearmongering led by the ranking member and Republicans, something that’s become all too common,” Chair Sherrod Brown (D-Ohio) said.

Brown pointed out that Raskin, a former Fed governor and deputy Treasury secretary, has been confirmed unanimously by the Senate before. The reason Republicans oppose her, he said, is that they simply disagree with her views on climate risk to the financial system.

Committees have equal numbers of Democrats and Republicans in the 50-50 Senate. With a tie vote in committee, a nominee or bill can be discharged via a vote in the full Senate.

Committees need a majority to conduct business, so the even split allows Republicans to effectively deny nominees like Raskin a vote.

Brown said that agreeing to move other Fed nominees without Raskin would only incentivize the same behavior from Republicans whenever there is a pick they don’t like.

It’s not clear exactly how the Banking panel will proceed, but Brown said he expects Raskin and the other nominees to have support from all 50 Democrats if they reach the floor.

In any case, she is likely to face continued Republican opposition due to her positions on climate. Senate Minority Leader Mitch McConnell (R-Ky.) took to the floor this morning to blast Raskin, though he and other Republicans say they plan to vote for Powell.

“Ms. Raskin has argued openly that unelected Fed governors should use their powers to declare ideological war on fossil fuels and affordable American energy,” McConnell said.