GOP criticizes its own on climate 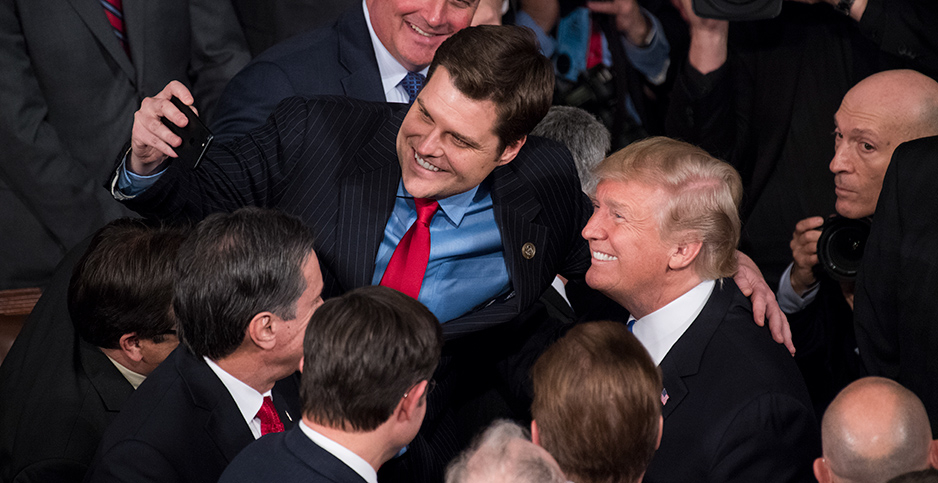 As some Republicans inch toward climate policy for the first time in years, those in the party who reject climate science are getting nervous that a more permanent shift is coming.

And they’re going on the attack against their former allies.

A group called Energy & Environment Action Team recently sent a 16-page pamphlet to every member of Congress encouraging lawmakers to reject all climate policy and connecting concern about global warming to political losses.

In bold letters across the top, the pamphlet stated, "The Plan is … No Plan! Why the GOP shouldn’t do anything on climate."

"There is absolutely no reason for any Republican to offer a plan to ‘combat climate change,’" the pamphlet continued. "Such a plan, if enacted would accomplish nothing good for America or the climate."

A growing number of Republican lawmakers, including some who have disputed climate science for years, are not only now acknowledging global warming but also putting forward climate policies. But some worry that their colleagues are simply shifting to climate action because they have been spooked by the popularity of the Green New Deal.

"If you are planning on running against the Green New Deal, it seems sort of odd to play footsie with key elements of the Green New Deal," said Republican energy lobbyist Mike McKenna, who was on President Trump’s Energy Department transition team.

In March, Rep. Matt Gaetz (R-Fla.) proposed a "Green Real Deal" resolution that acknowledges the reality of climate change and the threat it poses to national security, and seeks to use innovation to combat global warming. Sen. Lamar Alexander (R-Tenn.) called for a bipartisan "New Manhattan Project for Clean Energy" that would increase the share of renewables on the energy grid, boost nuclear power and encourage electric car production.

"Congressman Gaetz and others are going to do what they think is best, but the idea that Republicans are going to outcompete with Democrats with respect to who can have the best government-based solution to anything is ridiculous and profoundly unserious," McKenna said.

While modest in comparison with the ideas put forward by Democrats — none of the Republican proposals would restrict fossil fuel use, for example — such plans have angered groups allied with the GOP for years.

The Competitive Enterprise Institute and other groups opposed to regulations want to increase political pressure on Republicans who are proposing climate action to "educate them and thereby bring them back into line," said Myron Ebell, director of CEI’s Center for Energy and Environment and head of the Trump EPA transition team.

Ebell said he is particularly concerned that there seems to be a push among House leadership to craft climate policy. He accused House Minority Leader Kevin McCarthy (R-Calif.) of misleading others in the party and said some lawmakers, including Reps. Garret Graves (R-La.) and Frank Lucas (R-Okla.), have been misinformed by advocates on the value of clean energy.

"It’s when conservatives have decided to offer alternatives, they have gotten beat, because in the public’s mind it becomes very difficult to tell the difference between the left’s plan and the right’s plan and then pretty soon they’re compromising it, they’re coming to some sort of middle ground and pretty soon we’ve lost the whole issue," he said.

Ebell added: "It’s pretty clear to anybody who looks at it, there is no middle ground."

A spokesman for Gaetz said the congressman has discussed "the reality of climate change" with Republican lawmakers as well as with Trump. Gaetz, who once proposed eliminating EPA, is optimistic that more Republicans will eventually form their own plans to address climate change, spokesman Luke Ball said. Gaetz doesn’t view those in the party who reject science as a lost cause because the scientific evidence is now so overwhelming that it will push others to act, his spokesman said.

"Gaetz is concerned at the lack of support he has received from members of his own party who continue to deny the science of climate change," Ball said. "He believes history will judge harshly those who refuse to acknowledge this issue or take actionable steps to address it."

Other GOP lawmakers criticized from the right for climate policy were more reluctant to call out their colleagues.

Graves is one of the most visible congressional Republicans when it comes to the issue of global warming. Not only does he serve as the top GOP lawmaker on a new House climate change committee, but Graves has a history of acknowledging the risks of a warmer planet (Climatewire, March 11).

In a brief Capitol Hill interview, he said he hasn’t encountered noticeable pushback from climate deniers or climate contrarians. But he said he’s still cognizant of the way he must broach the issue with other Republicans.

"What you have to do is to meet people where they are and sort of use verbiage or words that translate to people the right way," Graves said.

"You may not be able to go into some Republican circles and say that, ‘Hey, I’ve got this plan on how we’re going to reduce greenhouse gases in the United States and we’re going to convert everything to renewable energy,’" he said.

But Graves added that the audience could be more receptive "if you come in and start talking about strategies on how we can reduce energy costs by improving efficiency and conservation [or] by bringing new technologies to the table."

Nonetheless, conservatives who oppose climate policy plan to escalate their attacks if members of the party don’t back down.

The recent 16-page brochure attacked a few lawmakers for being concerned about climate change, labeling Gaetz as "one Republican to fall for the climate-baiting guilt-trip." The pamphlet, which misrepresents and distorts climate science, portrays Republicans as politically victorious when they reject climate policy. It blamed the late Arizona Republican Sen. John McCain’s loss in the 2008 presidential election on his climate policy.

Steve Milloy, editor of JunkScience.com and the author of the pamphlet, said it’s a signal to Republicans not to get out of line on climate policy. Democrats have united on the other side, he said, and the GOP should also do the same. He blamed Republican actions on climate change on young staffers who don’t yet understand the party’s position. Milloy said he plans to make sure other lawmakers don’t "drift" and warned he would extend his advocacy beyond pamphlets.

"People say all kinds of shit, and if they stop saying it, then OK, but if they persist, well, tougher action will be required," he said. "Then it’s going to be ugly."

The differences between Gaetz’s plan and the Green New Deal backed by progressive Democrats are mere "window-dressing," wrote James Taylor, a senior fellow at the Heartland Institute, which aims to muddy climate science.

Taylor has said that Republicans risk alienating their base if they craft climate policy. He said that "weak-minded congressional Republicans" who try to respond to the Green New Deal take away the chance to run against it in the 2020 elections.

He has written critically of Gaetz in particular and even referred to him as "Matt Gore" in reference to Al Gore, the former U.S. vice president and environmental activist.

The fight on the right over climate change isn’t a new one for Alex Flint, who leads the Alliance for Market Solutions, a conservative group that supports carbon taxes.

Earlier this year, Flint criticized climate contrarians for their views and argued that denialism is anathema to conservatism because it ignores the risks of global warming. And "being irresponsible disqualifies anyone from being a true conservative," he wrote at the time (Climatewire, April 15).

In an interview Thursday, Flint made the case that the rejection of climate science is losing ground with Republicans.

"But we won’t know until after the 2020 elections how rapidly it’s occurring," he said.

To gauge their strength, Flint said he planned to keep an eye on a very specific kind of congressional race — open seats in safe Republican strongholds. Because there won’t be an incumbent, those races could feature a real clash of GOP political power.

He added, "In those primaries, all sorts of groups can have a disproportionate impact on who wins those races" — including climate deniers.