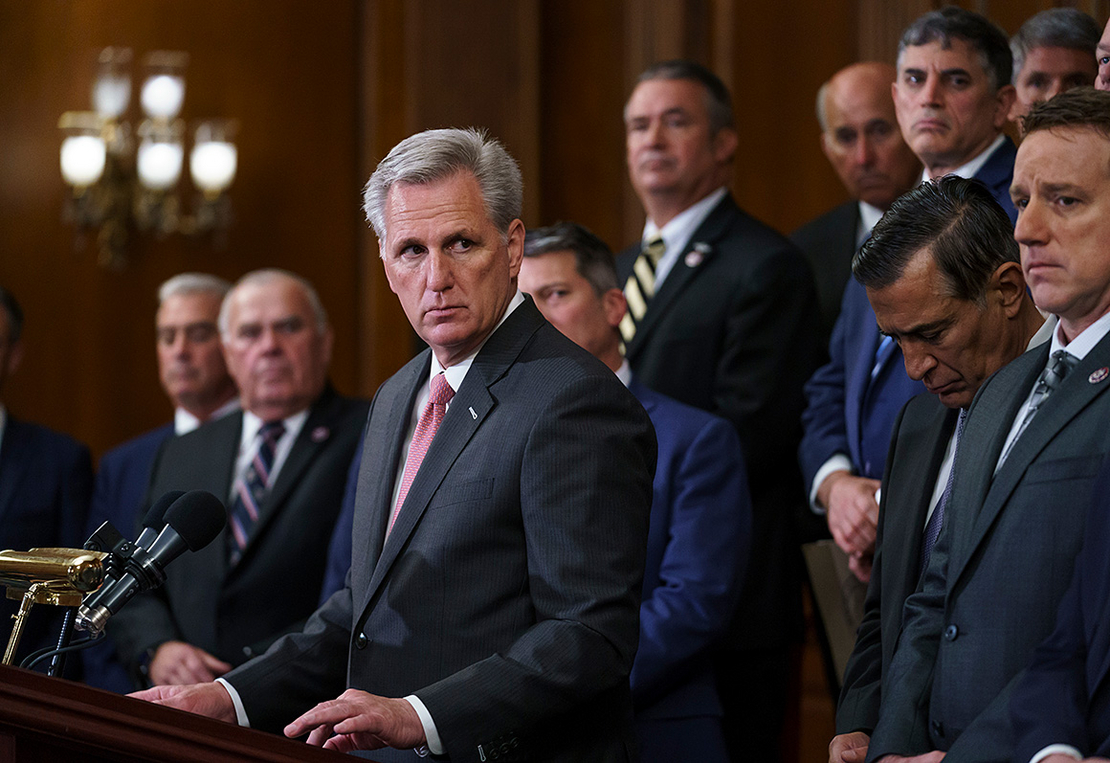 Now, the same group, the American Conservation Coalition, is opposing legislation that would put hundreds of billions of dollars toward those efforts.

The turnaround underscores the challenge faced by Republican climate groups: Their party has never supported aggressive carbon legislation when it comes time to vote.

In the ongoing debate over the “Build Back Better Act,” ACC and other environmental groups that were formed in recent years to promote free-market climate policies have had little success in persuading the GOP to soften its obstructionism to climate legislation, according to interviews, lobbying disclosures and other documents.

“It’s clear that Republicans don’t have any political interest in doing anything about climate,” said Sanjay Patnaik, who has studied climate policy as director of the Center on Regulation and Markets at the Brookings Institution, a left-leaning think tank.

Time and again, he noted, Republican policymakers with ties to the fossil fuel industry have worked to thwart Democratic efforts to stop global warming, which is mainly caused by the burning of oil, natural gas and coal.

In 2001, former President George W. Bush, a former oilman, announced that the United States wouldn’t enforce the Kyoto Protocol, an international climate agreement that was negotiated with the help of his Democratic predecessor.

And in June 2017, then-President Trump moved to pull the U.S. out of the Paris Agreement.

One of several conservative environmental advocacy groups to spring up since the cap-and-trade bill failed, ACC says its mission is to mobilize “young Americans behind common-sense, market-based, and limited-government climate and environmental policy solutions.”

Backer, who’s now 23, quickly caught the attention of Republican lawmakers. In 2019, he was invited to testify alongside Swedish climate activist Greta Thunberg. The House Foreign Affairs subcommittee hearing was entitled “Voices Leading the Next Generation on the Global Climate Crisis.”

The next year, Backer’s group formalized its conservative vision for reducing emissions in what it dubbed the American Climate Contract.

“There is an undeniable link between human activity” and rising global temperatures, ACC’s pledge says.

“To fully address the threat of climate change and move towards the goal of global net-zero carbon emissions by 2050,” the contract calls for embracing energy innovation, modernizing the nation’s infrastructure, supporting natural methods of sucking carbon from the atmosphere and partnering with other countries to cut emissions.

After running a six-figure ad campaign on Fox News, the group got McCarthy and Rep. Garret Graves (R-La.), ranking member of the Select Committee on the Climate Crisis, to back the contract although they distanced themselves from its net-zero emissions goal. Eight other Republicans also signed on (Greenwire, June 29, 2020).

Tearing up the contract

The $1.7 trillion “Build Back Better Act” in many ways follows the outline ACC promoted last year.

It includes tens of billions of dollars in tax credits for wind, solar and nuclear power; similar sums for modernizing the nation’s rail network; and it directs funding into protecting forests that “offer significant natural carbon sequestration benefits.”

But rather than seek to convince Republicans to support the “Build Back Better Act” — or at least its climate provisions — ACC has attacked Democrats for “forcing hyper-partisan votes” to pass a bill that would throw cash “at a wide variety of pet projects, many of which have nothing to do with climate change.” ACC has specifically objected to the subsidies the bill includes for electric vehicles made with union labor, a provision that would likely benefit Detroit automakers over upstarts like Tesla Inc.

The legislation, which Democrats aim to move through the Senate via budget reconciliation to avoid a Republican filibuster, also includes hundreds of billions in social safety spending, and higher corporate tax rates. Republicans have expressed opposition to both.

“At ACC, we believe that bipartisan climate action is sustainable climate action. We also believe that climate policy should be measured in tons of carbon emissions reduced, not trillions of taxpayer dollars spent,” Quill Robinson, the group’s top lobbyist, told E&E News in a statement. “We will continue to fight for durable climate solutions that will create a stronger economy and a healthier planet for future generations.”

The group is supporting a Republican-only climate plan that calls for expanding domestic production of natural gas and doesn’t embrace the goal of achieving net-zero emissions by midcentury, which ACC has previously backed. That’s the speed and scale of emission cuts scientists say are necessary to have a shot at avoiding the worst impacts of climate change.

On the ground, the impacts could be catastrophic: significantly more heat waves, droughts, wildfires and sea-level rise as well as the virtual elimination of coral reef ecosystems that half a billion people rely on for food and income (Climatewire, Nov. 4).

When the Republicans from fossil fuel-dependent states unveiled their plan last week, Backer, ACC’s founder, praised the senators for “their commitment to tackling climate change while maintaining a strong and dynamic American energy industry.”

Conservative greens on the sidelines

Two other conservative environmental groups — Citizens for Responsible Energy Solutions and ClearPath Action — also applauded the lawmakers and their plan.

Meanwhile, lobbying records and public statements show that Republican climate groups have largely stayed on the sidelines of the debate around the “Build Back Better Act.” President Biden is relying on the reconciliation package to help cut U.S. emissions in half by 2030 and reach net zero by midcentury.

Neither ACC nor the Citizens for Responsible Energy Solutions mentioned the bill in their most recent lobbying disclosure reports, which cover their activities between July and the end of September. CRES was founded in 2013 to “engage Republican policymakers and the public about responsible, conservative solutions” to environmental issues, its website says.

A lobbying firm hired by ClearPath Action disclosed contacting lawmakers on tax issues related to the reconciliation package during the same period. But the conservative advocacy group, which launched around the same time as CRES, declined to elaborate on the specific tax provisions it was referring to.

The “Build Back Better Act,” which for months has been tied to a more popular $1.2 trillion infrastructure bill, is now hanging on by a thread.

On Friday night, most House Democrats and 13 Republicans sent the Senate-passed infrastructure bill to the president’s desk.

A bloc of progressive Democrats had delayed final passage of the infrastructure bill by withholding support until the reconciliation bill could be hammered out. They only relented after receiving verbal assurances from Biden and a written statement from a group of centrist Democrats, who at 10:17 p.m. on Friday vowed to vote in the next couple of weeks for the climate and social spending package or to work out their differences.

McCarthy has led the opposition to the bill, dismissing it as a 2,145-page “Socialist Spending Scam.”

Graves, the Louisiana Republican, has a more nuanced view of the bill.

In an interview with C-SPAN last month, he praised the legislation’s “carrot-type approach” to reducing emissions, which he said built on “what Republicans have done with tax incentives to try and move in a clean energy future [direction].”

But Graves balked at the price tag for the bill and its potential impact on the national debt. The oil and gas industry has donated $677,000 to the Louisiana Republican since he first ran for office in 2013, more than any other industry, according to federal data analyzed by the transparency group OpenSecrets.

“I still think that overall the package is excessive spending,” he said in October. “We’ve got to be more thoughtful, deliberate and targeted about the limited resources that we have. Otherwise we’re going to really challenge our children and grandchildren’s future.”

The nonpartisan Joint Committee on Taxation estimated last week that the bill would be fully paid for by tax increases and other savings.

After the infrastructure bill passed Friday, Graves and every other House Republican either rejected or declined to vote on a rule for debating the reconciliation bill. That might foreshadow the GOP’s approach to reconciliation when it comes up for a final vote.

“It’s unfortunate that, when the rubber hits the road, there is just no political will in the majority of the Republican Party,” he said. “For them, there’s no downside about not doing anything about climate. But there would be a downside in probably angering a lot of their donors if they started implementing a carbon price or something like that.”