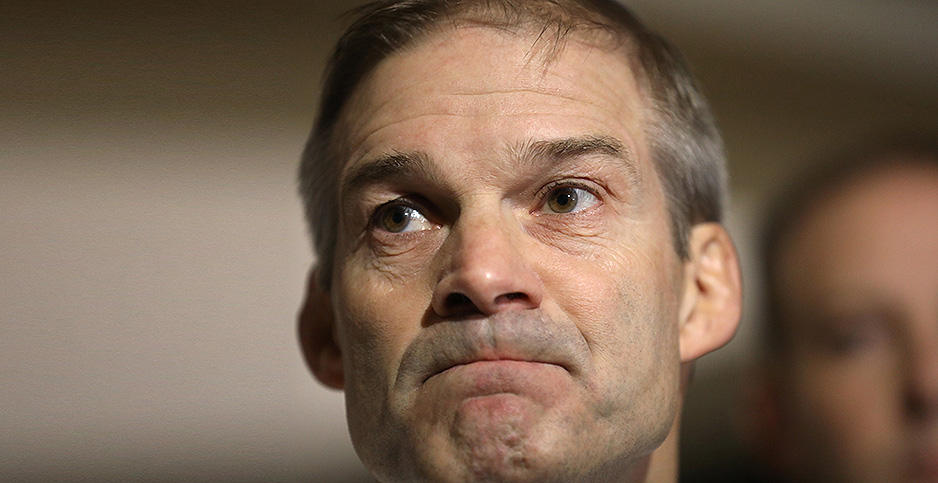 Lawmakers engaged in partisan brinkmanship this morning as Republicans tried to shut down a hearing on clean car rules.

The stated purpose of the House Oversight and Reform Subcommittee on Environment hearing was to probe the Trump administration’s rollback of Obama-era environmental standards.

But about 15 minutes into the discussion, Rep. Paul Gosar (R-Ariz.) asked for a quorum call, throwing the scheduled events into disarray.

Republicans urged Chairman Harley Rouda (D-Calif.) to hold the vote so they could leave for impeachment-related proceedings in the basement of the Capitol.

There, in a secure room, White House staffer Lt. Col. Alexander Vindman was testifying about the July 25 phone between President Trump and his Ukrainian counterpart that sparked the House Democrats’ impeachment inquiry.

Rouda largely ignored the GOP and delayed the quorum roll call until more Democrats showed up at the sparsely attended hearing.

That prompted a harsh rebuke from Rep. Jim Jordan (R-Ohio), the ranking member on Oversight and Reform and former chairman of the hard-right Freedom Caucus.

"It’s not our fault that your members won’t show up," Jordan told Rouda. "You got staff here; you got counsel here. All you have to do is do your job."

Rouda replied: "No one’s making you wait. You’re more than welcome to leave at any time."

Jordan shot back: "So you’re making the rules up as you go along?"

Freshman firebrand Rep. Alexandria Ocasio-Cortez (D-N.Y.) then jumped into the fray, admonishing Republicans and seeking to refocus the discussion on climate change.

"We’re here to talk about the very pressing issue of cutting our carbon emissions and saving our planet," Ocasio-Cortez said. "And we have an entire political party that is trying to get out of their job, adjourn this hearing."

She continued: "I just want to know what the reason for such a disrespect of our process would potentially be. Do we have a reason for why this hearing is trying to be adjourned? Or, you know, do we have just like a cocktail party?"

Rep. Kelly Armstrong (R-N.D.) responded: "Yes. I have one. I have a real easy one. The oil industry is the second-largest industry in my state. My constituents expect me to be here. We are running an impeachment hearing down in the basement of the Capitol right now."

Ocasio-Cortez retorted: "Wait, so is this about the oil industry or the impeachment hearing?"

This is not the first time that Republicans have attempted to shut down a climate change hearing. GOP members of the House Natural Resources Committee earlier this year successfully adjourned a Democratic climate hearing before it even began (E&E News PM, Feb. 26).

‘The way of the dodo bird’

Brown criticized the three automakers that yesterday sided with the Trump administration in the legal fight over California’s vehicle emissions standards (Climatewire, Oct. 29).

The former governor also predicted that electric vehicles would eventually triumph over traditional gas-powered cars, saying, "The combustion car is going the way of the dodo bird, and you better get with it or get out of the way."

Whitehouse, a noted climate hawk and critic of the fossil fuel industry, highlighted a New York Times investigation this summer that found Marathon Petroleum Corp., the nation’s largest refiner, had engaged in a covert campaign to dial back the car rules.

Brown told reporters after his testimony that Republicans should stop playing "political games" and shirking their responsibility to address global warming.

"I think that was quite revealing because what it represents is an interest in political games as opposed to the very profound challenge of climate change," Brown said. "This is not a game. It’s not politics. It’s the future of humanity."

The hearing will feature a second panel of four witnesses and is expected to last into the early afternoon.