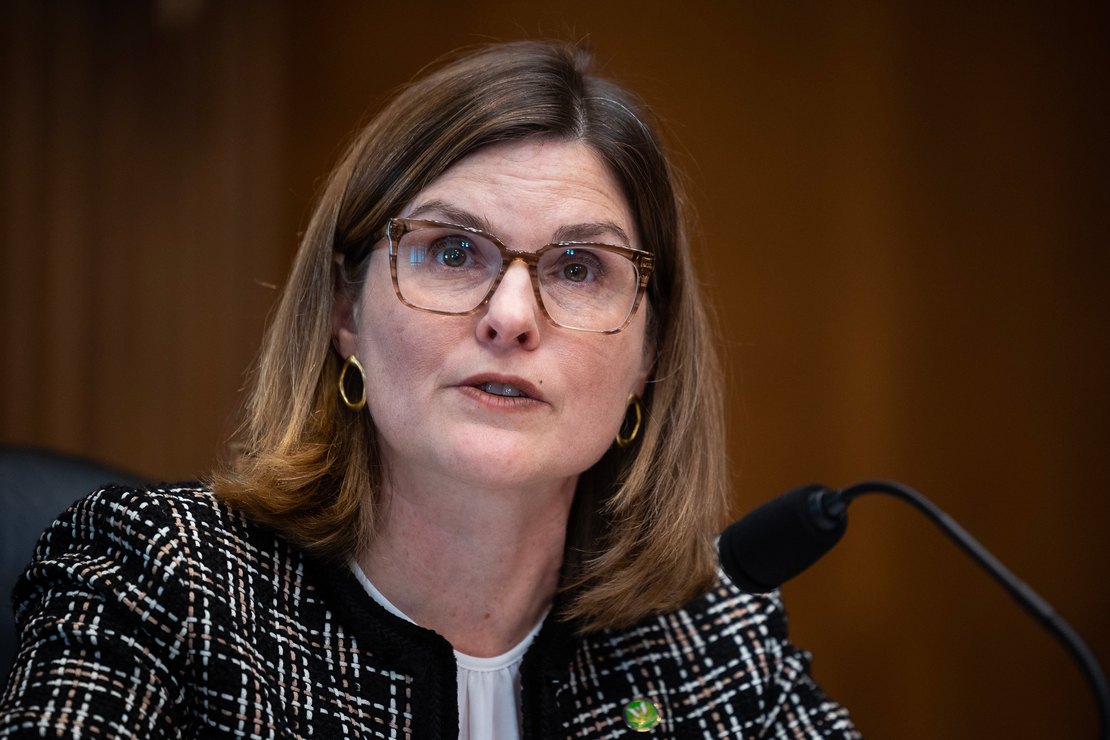 Clements, a Democrat, failed to publicly disclose her spouse’s employment at a renewable energy company, indicating a “troubling” lack of transparency at FERC, Reps. James Comer (R-Ky.) and Ralph Norman (R-S.C.) wrote in a letter shared with E&E News. Comer is ranking member of the House Oversight and Reform Committee, and Norman is ranking member of the Subcommittee on Environment.

The letter comes two weeks after Republican members of the Senate Energy and Natural Resources Committee and Sen. Joe Manchin (D-W.Va.) lashed out at the commission over its new policies for natural gas projects (Energywire, March 4). Approved last month with support from FERC’s three Democrats, the new policies have been sharply criticized by the commission’s two Republicans.

Clements, who was sworn in at FERC in December 2020, has previously disclosed that her husband worked at Sustainable Power Group LLC, a renewable energy company that is owned by the AES Corp., according to an ethics agreement that she signed in February 2020. In January 2021, Clements received a waiver to participate in cases concerning the “parent company” of Sustainable Power Group, the letter notes.

However, her spouse began working at Sol Systems, a solar finance and development firm, in September 2021, the letter says, citing a press release from the company.

“[No] records indicate you have made similar commitments regarding his position with Sol Systems,” the lawmakers wrote. “As a FERC Commissioner, your failure to identify your connection with the green industry is troubling.”

A FERC spokesperson said in an email that Clements will respond to Congress “in due course.”

Officers or employees at independent agencies such as FERC are required by law to avoid participating in proceedings in which they may have a personal or financial interest, unless they obtain a waiver or exemption. A review of the Office of Government Ethics website for ethics filings showed that the most recent document filed by Clements in March does not reference Sol Systems.

Still, it’s unclear whether FERC has issued any decisions recently that directly pertain to Sol Systems. A search of commission orders on the agency’s online system containing the term “Sol Systems” over the past year yielded no results.

While members of the minority party in the House are able to initiate an ethics probe for federal employees, they do not have the power to subpoena documents without a majority vote from the entire committee. Nonetheless, the lawmakers asked Clements in the letter to turn over all recusal and waiver documents that she has made as a FERC commissioner as well as communications between her and FERC’s designated agency ethics official.

“Your position as a regulator of your spouse’s industry requires you to identify matters that may implicate your personal financial interests and make the appropriate recusals as required by law,” the lawmakers wrote. “This lack of transparency is particularly troubling given recent efforts by FERC to block natural gas pipelines — making the United States more dependent on Russian energy.”

FERC, which is charged with permitting interstate and other major natural gas projects, issued two new policies last month that change the commission’s process for reviewing pipeline applications. Collectively, the policies aim to ensure that the commission’s decisions are “legally durable” and serve the public interest, according to FERC Chair Richard Glick.

Supporters say the changes were long overdue, given that FERC’s official framework for reviewing proposed natural gas pipelines had not been updated since 1999.

“The policy provides for a balanced consideration of project benefits and harms. It does not foreshadow, let alone dictate, the outcome for any given [pipeline] application,” Clements, who supports the changes, said last month.