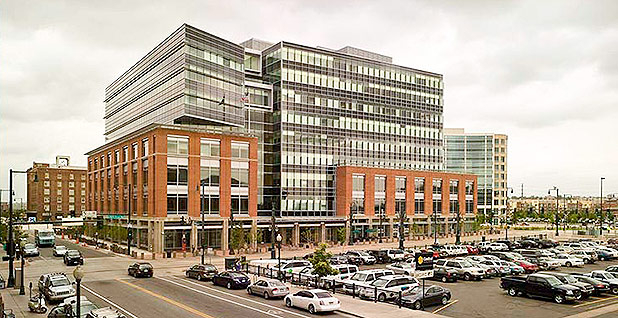 Republican lawmakers, in letters sent to U.S. EPA, have pushed their picks to run the agency’s regional offices.

The letters obtained under the Freedom of Information Act by E&E News show that GOP House members and senators wrote during the early months of the Trump administration with their recommendations for the agency’s regional administrators.

The documents illustrate that lawmakers, including some of the most powerful on Capitol Hill, have a keen interest in who is running EPA, as the agency’s actions could affect their constituents back home.

In an April 26 letter to EPA Administrator Scott Pruitt, Sen. John Barrasso (R-Wyo.), chairman of the Senate Environment and Public Works Committee, recommended Todd Parfitt, director of the Wyoming Department of Environmental Quality, to be the agency’s Region 8 administrator, based in EPA’s Denver office.

Barrasso called Parfitt a "distinguished public servant" who also served as deputy director and administrator of Wyoming DEQ’s Industrial Siting Division before taking the top job at the state agency.

"Equally important, Mr. Parfitt has firsthand experience with the economic burdens that occur when federal and state requirements are duplicative. He is well poised to identify these issues and support the EPA in advancing policies that both protect our environment and promote economic growth," Barrasso said.

"I strongly recommend the appointment of Mr. Parfitt to EPA."

Keith Guille, a spokesman for the Wyoming Department of Environmental Quality, declined to comment when asked about Barrasso’s letter recommending Parfitt to be EPA Region 8 administrator.

Other lawmakers submitted other recommendations for the top job at the agency’s Mountains and Plains branch.

Bishop noted that Davis’ work as a consultant led him to deal with EPA issues and that he was a member of the Trump administration’s "beachhead" team at the agency.

"Patrick is a team player and works hard to seamlessly interface multiple levels of government, ensuring that national policy is right for the diverse regions across America. This is a valuable trait in any regional director," Bishop said.

Lee Lonsberry, a spokesman for Bishop, said his letter "best communicates why the recommendation was made."

Rep. Mike Coffman (R-Colo.) also recommended Davis to be EPA Region 8 chief. In an April 17 letter to Pruitt, Coffman said Davis had applied for the job and that the congressman urged "your favorable consideration of Patrick for this important post within the EPA."

Coffman said that Davis’ consulting work exposed him to the issues facing Region 8 and that he had built "thousands of relationships in the region," ranging from governors and senators down to state legislators and mayors. Davis also built similar relationships in EPA due to his work as part of the beachhead team, according to Coffman.

"His record in this regard is well established and he is ideally suited and capable of communicating and carrying out President Trump’s and your priorities as the EPA Region 8 Regional Administrator," Coffman said.

Daniel Bucheli, a Coffman spokesman, told E&E News that the congressman has known Davis for over 20 years since Coffman’s days as Colorado’s state treasurer.

"The reason he recommended him was solely based on his qualifications and knowledge of the subject area at hand and expertise in [Colorado] matters," Bucheli said.

Davis also has acknowledged his relationship with the Republican House member. His political consulting firm’s website has listed Coffman on its "Our Clients & Partners" webpage.

Meanwhile, Davis has joined EPA but in a different capacity. The longtime political consultant and former Colorado state director for Trump’s campaign is now deputy assistant administrator for the agency’s Office of Land and Emergency Management (Greenwire, June 16).

EPA has yet to announce its appointment of a Region 8 chief, but the agency has moved forward with announcing regional administrators in other parts of the country.

Earlier this week, EPA said Trey Glenn, a consultant and former director of the Alabama Department of Environmental Management, would run the agency’s Region 4 office in Atlanta (Greenwire, Aug. 22).

Some lawmakers had different suggestions for leading EPA’s Southeast office.

Perdue said Jeffares was "imminently qualified for the job" and would be a "tremendous asset" to EPA.

Perdue said Jeffares had spent most of his life working to improve Georgia’s water systems, including as a city official, and held top positions on relevant committees in the state Senate. Jeffares is also president of J&T Environmental Services, "which works to preserve and protect water for small communities in Georgia," Perdue wrote.

Jeffares, however, took his name out of consideration for the regional job when he launched his campaign for Georgia lieutenant governor in May.

"He was honored to be considered, but he removed his name from the hat when he declared his campaign for lieutenant governor," said Dan McLagan, communications director for Jeffares’ campaign.

Former EPA regional administrators told E&E News that it is not unusual for lawmakers to weigh in with EPA about whom they want to run the regional posts.

"It is pretty common to get one or two lawmakers to say, ‘He or she is a good person, and I would support them,’" said Mary Gade, who was EPA Region 5 administrator during the George W. Bush administration’s later years and is now an environmental consultant. "It’s not a popularity contest. You don’t need legions of lawmakers, but one or two saying they will support you is helpful."

Having congressional support is a big plus for an EPA regional administrator. Karl Brooks, who served as EPA’s Region 7 chief during the Obama administration, said he talked dozens of times to members of Congress and their aides while he was head of the agency’s Midwest office.

"It is a big part of the job of the regional administrator to work with the region’s congressional delegation," Brooks said. "It was a very important part of my job to keep members of Congress and their staff informed about what the agency is doing."