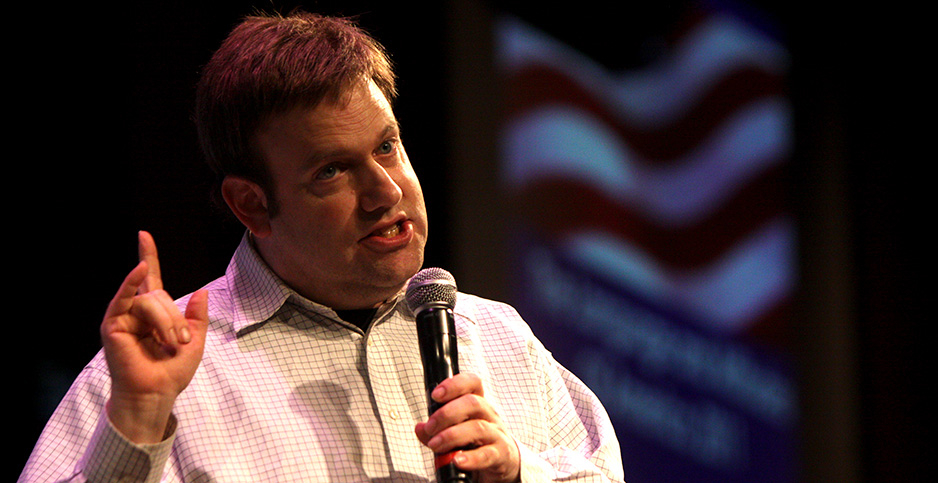 Republicans risk losing young voters if they don’t wake up to the reality that is climate change, Frank Luntz warned yesterday.

Luntz Global Partners — the firm led by the prominent GOP consultant — distributed a memo to every Republican on Capitol Hill arguing that public climate opinion has reached a "tipping point."

The report is based on the results of an online poll and focus groups Luntz Global conducted for the Climate Leadership Council. CLC is the carbon fee and dividend advocacy group funded by numerous corporate entities, including some oil companies.

The memo, which makes the case for the CLC’s proposal, comes during a changing landscape for the Capitol Hill climate debate. Republicans are increasingly acknowledging climate science and voicing support for limited solutions.

"The ‘political temperature’ on climate change has shifted — perhaps permanently," the memo reads. "Three in four American voters want to see the government step in to limit carbon emissions — including a majority of Republicans (55%)."

The GOP is still widely opposed to carbon pricing. So are some of their core constituencies in the advocacy world, including Grover Norquist’s Americans for Tax Reform and groups associated with the Koch political network.

But Luntz is not a fly-by-night consultant. He is influential in Republican circles. He famously wrote a memo encouraging the George W. Bush administration to use the term "climate change" instead of "global warming," in part to downplay its negative effects and cast uncertainty on the science.

More recently, he has conducted polls showing public belief in climate change, including for CLC.

The plan would put a $40-per-ton fee on carbon dioxide emissions and return the funds to taxpayers via quarterly checks, in exchange for regulatory rollbacks and a shield for companies against past climate liabilities.

Put together, the data suggests "climate is both a major vulnerability and a major opportunity for Republicans," Greg Bertelsen, senior vice president at CLC, said in an interview.

"It’s clear to us that Republicans on the Hill are feeling this way, as well," he said.