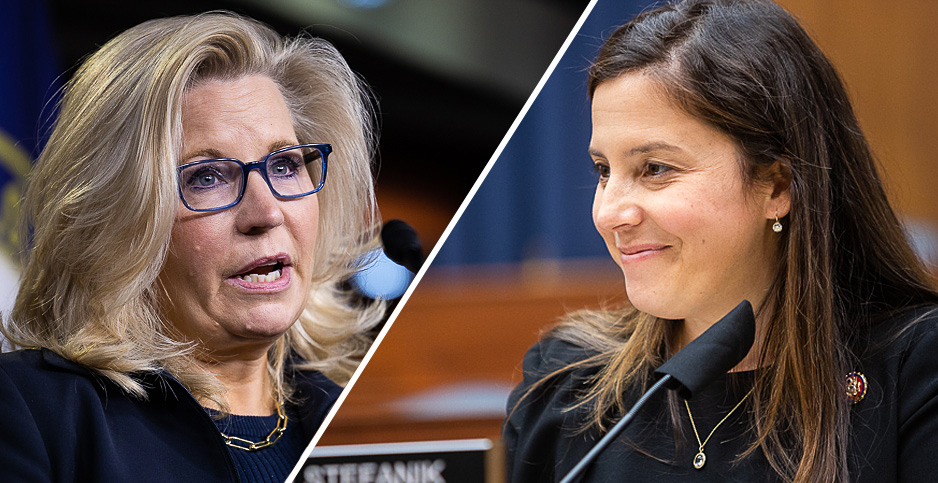 House Republicans are poised to replace a key fossil fuel advocate in their leadership with a supporter of the Paris climate agreement.

The likely ascension of Rep. Elise Stefanik (R-N.Y.) over Rep. Liz Cheney (R-Wyo.) as House Republican Conference chair has virtually nothing to do with climate. That’s one reason it’s so notable.

Stefanik has lately reinvented herself as former President Trump’s political enforcer, but she started Trump’s term as a rising star among Republican moderates. She opposed Trump’s signature tax cut, in part because it opened the Arctic National Wildlife Refuge to drilling. She voted for a Democratic bill to reenter the Paris accord, and she joined the bipartisan Climate Solutions Caucus.

Many Republican lawmakers are preparing to overlook those differences because Stefanik has become one of Trump’s most vocal defenders. As conference chair, she would play a major role shaping GOP messaging going into the 2022 midterms.

Even as Stefanik reinforces the Republican Party’s embrace of Trump, some wonder if she might turn the party away from the former president’s policies. Her record mirrors the efforts of Minority Leader Kevin McCarthy (R-Calif.) to soften the GOP’s climate image — which has given some conservatives heartburn.

Regardless of her future impact, she’s already demonstrated how much the Republican Party has changed.

The ideological purity tests that dominated House GOP politics for a decade — toppling figures like ex-Speaker John Boehner (R-Ohio) and former Republican Leader Eric Cantor of Virginia — have given way to Trump’s loyalty test. About half the Republican House caucus has turned over since Trump’s 2016 election.

"Just a few years ago, Elise Stefanik’s record on environmental policy could have been disqualifying for a Republican leader," said Carlos Curbelo, the former Florida congressman who pushed his fellow Republicans to embrace climate policy.

"She’s now poised to become the chair of the Republican conference, and this [issue] is not even being raised by most people who are involved in making this decision," he said.

Although conservatives have been slow to publicly criticize Stefanik, their complaints are growing louder. Rep. Chip Roy (R-Texas) yesterday circulated a memo to Republicans outlining Stefanik’s problematic votes, including some on climate and offshore drilling.

"With all due respect to my friend Elise Stefanik, let us contemplate the message Republican leadership is about to send by rushing to coronate a spokesperson whose voting record embodies much of what led to the 2018 ass-kicking we received by Democrats," Roy wrote.

Elise Stefanik is NOT a good spokesperson for the House Republican Conference. She is a liberal with a 35% CFGF lifetime rating, 4th worst in the House GOP. House Republicans should find a conservative to lead messaging and win back the House Majority.

Cheney hails from the top coal-producing state in the country, and she has the record to prove it.

She urged Trump to exit the Paris Agreement. She took a lead role in messaging against the Green New Deal. Heritage Action gave her a voting score of 98%, while the League of Conservation Voters gave her a 2% score. (Stefanik scored 48% and 38%, respectively.)

Stefanik, first elected in 2014, has focused more on national security issues than environment or energy. She serves on the Armed Services Committee and the Education and Labor Committee.

She has tried to shore up her right flank by going on the podcast of Steve Bannon, Trump’s former chief strategist. And she has other climate votes that she can tout to conservatives, like her 2018 vote to condemn carbon taxes.

"Climate was never a top three issue for her," Curbelo said, adding that she was nevertheless confident in distinguishing herself from other Republicans on it.

If she’s elected caucus chair, Stefanik could potentially wield great influence over what House Republicans talk about, and how they talk about it.

Ahead of the caucus vote, Stefanik has been spreading Trump’s message casting doubt on the 2020 election, saying that Republican voters care about "election integrity."

It’s anyone’s guess how Stefanik’s record, McCarthy’s potential climate pivot and real-life events might collide over the next 18 months.

"There’s a lot of talk about Elise Stefanik’s evolution to this point. But the more important question is, how will she help the caucus evolve in the future?" Flint said.

"She has risen to power by being an ardent defender of President Trump. It is impossible to know how long that will be the measure of being a leader of the House Republican caucus," he said. "Republican politics are volatile."

One possibility, some say, is Stefanik demonstrates that loudly supporting Trump could create the space for Republicans to quietly move on other issues.

Florida Gov. Ron DeSantis is another example of a Republican who has used his pro-Trump credibility to engage on climate policy, Curbelo said.

"Fundamentally, Trumpism is not about policy, it’s about being loyal to Donald Trump. That’s the only thing that really counts for him," he said.

"So there are a lot of Republicans who check that box and then use that power to lead on issues that are not typically associated with Republicans."