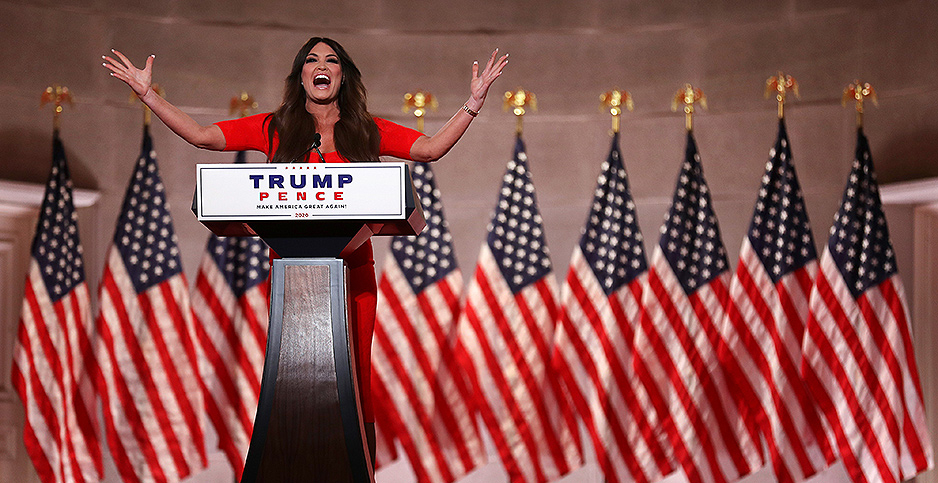 Rep. Matt Gaetz (R-Fla.) and Trump campaign aide Kimberly Guilfoyle both used the blackouts, which the Golden State’s grid operator used to manage electricity supply during the high demand of a heat wave, to criticize the state’s liberal politicians.

The comments were among the few mentions of energy policy on the first day of the GOP’s quadrennial confab.

Gaetz described a potential Joe Biden administration as a horror film. "It’s the only kind of movie they’re making in Hollywood nowadays — that’s if the lights even stay on in California anymore," he said.

"By the way, America shouldn’t be giving any more power to the junior senator of a state that can’t even keep its power grid running," Gaetz continued, a reference to Sen. Kamala Harris, Biden’s running mate.

Guilfoyle, a California native who was previously married to Gov. Gavin Newsom (D) when he was San Francisco mayor, described the blackouts as part of the future for the rest of the country if Biden is elected.

"If you want to see the socialist Biden-Harris future for our country, just take a look at California," she said.

"It is a place of immense wealth, immeasurable innovation and immaculate environment — and the Democrats turned it into a land of discarded heroin needles in parks, riots in streets and blackouts in homes," she said.

Guilfoyle is finance chairwoman for the president’s reelection campaign. She is also the girlfriend of President Trump’s son Donald Trump Jr.

California, he said, "has a long history of getting it wrong on energy policy, and I think we’re seeing just the latest example of that."

Brouillette, echoing Republican politicians, said part of the problem is the state’s "rush to renewable power" rather than investing in transmission and distribution lines.

A handful of other speakers last night argued incorrectly that a Biden administration would eliminate fossil fuels, killing jobs dependent on the industry.

"Their argument for Joe Biden boils down to the fact that they think he’s a nice guy. Well, let me tell you … eliminating 10 million good-paying oil and gas jobs is not nice," said Republican National Committee Chairwoman Ronna McDaniel.

Former U.N. Ambassador Nikki Haley said overhauling the energy industry is part of Biden and Harris’ plans to "tell Americans how to live and what to think." "They want to ban fracking and kill millions of jobs," she said.

Biden has promised to end new permits for fossil fuel extraction on federal land but has not endorsed banning fracking nationwide.

Sean Parnell, an Army veteran running against Rep. Conor Lamb (D) in Pennsylvania’s 17th District, celebrated Trump’s policies, saying he "has unleashed the economic might of this nation like no other president in our history" and "brought us energy independence."

Brouillette said he couldn’t comment on Biden’s push to end fracking on federal land but charged that proposals in Congress that would ban fracking, including the Green New Deal, would result in a loss of 19 million jobs.

Some of the marquee figures scheduled to speak tonight at the convention are Kentucky Sen. Rand Paul, Iowa Gov. Kim Reynolds and Secretary of State Mike Pompeo.

The lineup tonight will also include Jason Joyce, a resident of Swan’s Island, Maine, who will praise Trump’s policies meant to help the lobster industry; and Robert Vlaisavljevich, the Democratic mayor of Eveleth, Minn., who will speak to Trump’s mining policies.