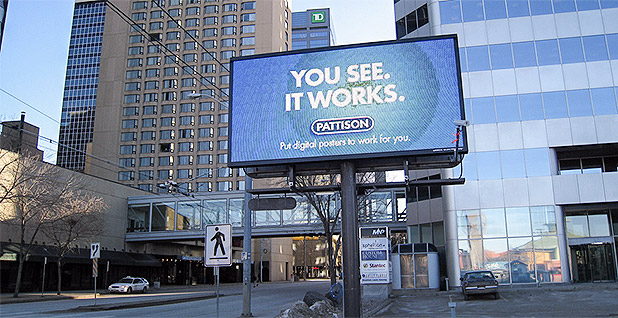 Justice Neil Gorsuch’s skepticism over the deference courts should give federal agencies is already showing in his brief time on the Supreme Court bench.

In a statement today, Gorsuch raised doubts over the application of the Chevron doctrine to legal disputes over unclear terms in contractual agreements.

Under Chevron, which is named for a 1984 Supreme Court case, courts defer to agencies when Congress has been silent or ambiguous on an issue.

"Chevron deference is often defended on the ground that statutory ambiguities reflect a kind of implicit decision by Congress to delegate lawmaking power to the agency to handle the problem on its own," the court’s newest justice wrote in comments accompanying orders from this morning.

"But even assuming (without granting) the accuracy and propriety of that much, what’s the case for supposing that Congress implicitly delegates to agencies the power to adjudicate their own contractual disputes too?" Gorsuch asked.

Gorsuch’s skepticism of the Chevron doctrine had been a feature of his time as a judge on the 10th U.S. Circuit Court of Appeals.

In an August 2016 concurring opinion he later said was meant to tee up the issue for the high court, Gorsuch slammed the doctrine as a "goliath of modern administrative law" that’s "more than a little difficult to square" with the Founding Fathers’ intentions.

"We managed to live with the administrative state before Chevron," Gorsuch wrote in his critique. "We could do it again."

While his appointment on the Supreme Court likely won’t mean the end of Chevron, legal experts have debated whether Gorsuch will play a role in trimming the deference courts generally afford agencies in litigation.

"At least in the short term, the coalition is there for what may be described as short-term cutbacks on the doctrine in various marginal cases," said Aditya Bamzai, associate professor at the University of Virginia School of Law, at a recent D.C. event hosted by the Hoover Institution.

"The notion of deference to interpretation has been with the republic since the republic’s founding," he said. "I don’t think we’ll get rid of that concept as a general matter."

So far this term, the court hasn’t taken up a case that puts the question of the doctrine’s future front and center. Still, today’s statement shows an area the court’s conservative wing may be interested in tackling.

At issue in the case was guidance the Federal Highway Administration released in 2007 on digital billboards along highways. It addressed how the agency’s standards fit into existing federal-state agreements under the Highway Beautification Act of 1965, which contained a prohibition on lighting.

Scenic America Inc., a nonprofit that believes digital billboards are a traffic hazard and a blight on the landscape, challenged the guidance in court. The U.S. Court of Appeals for the District of Columbia Circuit upheld FHWA’s interpretation.

Although not directly addressed by the court, Scenic America asked justices whether FHWA was entitled to deference under Chevron.

The group argued that the D.C. Circuit erred in applying the doctrine to the agency’s interpretation of the language in the federal-state contractual agreements.

The Supreme Court today declined to take up the case. Gorsuch’s three-page statement accompanied the order and was joined by Chief Justice John Roberts and Justice Samuel Alito of the court’s conservative wing.

"Whatever one thinks of that practice in statutory interpretation cases, it seems quite another to suggest that the doctrine (or something like it) should displace the traditional rules of contract interpretation too," Gorsuch wrote.

Gorsuch noted that the federal circuit courts are split on the question of applying Chevron deference to contractual disputes, a circumstance that generally increases the chances that the Supreme Court will take up an issue.

The case poses "important" questions and there is "no doubt good arguments might be presented on both sides," Gorsuch wrote.

"Some defend Chevron deference in statutory interpretation cases on the theory that agencies are technical experts in the fields they are charged with regulating," he said.

"But contracts usually represent compromises between two or more parties," he said. "And is it reasonable to suppose that one side to a compromise always has more expert insight into its meaning?"

Still, Gorsuch said he agreed with the court’s decision to deny certiorari.

There are particular facts and jurisdictional questions in the billboards case that "complicate" the court’s effort to get to the question of Chevron deference, he said.

"I am persuaded that the proper course is to deny certiorari in this particular case even though the issues lying at its core are surely worthy of consideration in a case burdened with fewer antecedent and factbound questions," Gorsuch wrote.