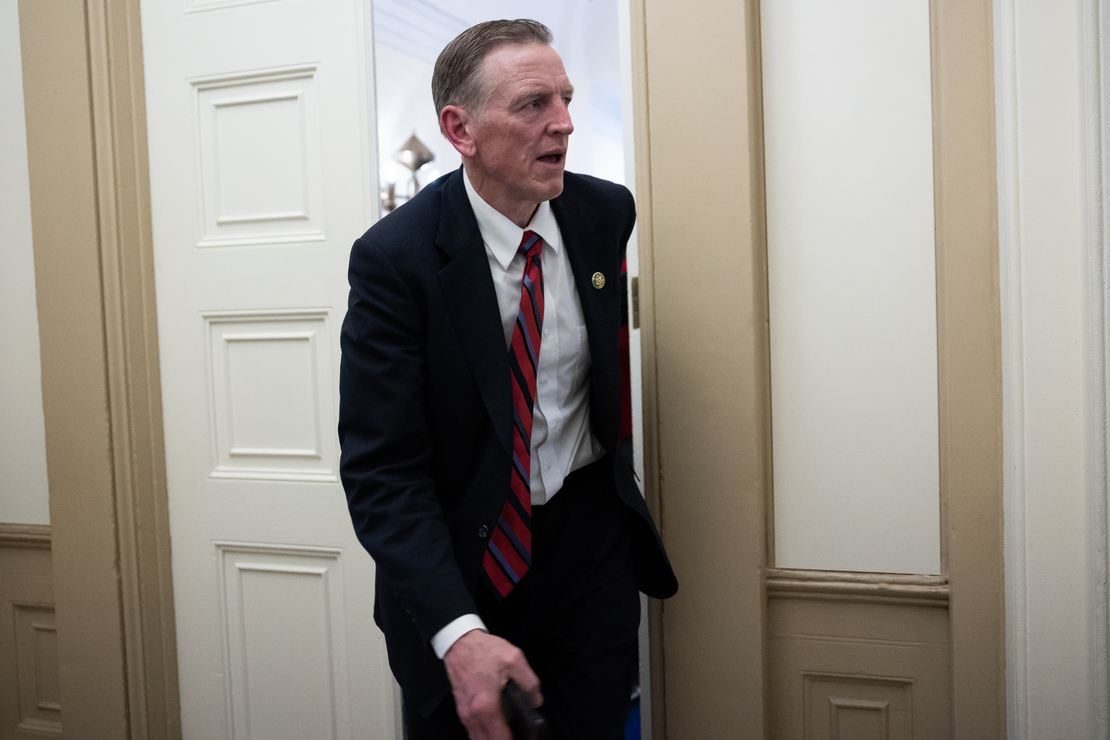 Far-right Arizona Republican Rep. Paul Gosar is back on the House Natural Resources Committee after Democrats kicked him last year for posting a video depicting violence against party members.

Gosar will also serve on the renamed Oversight and Accountability Committee. Led by Rep. James Comer (R-Ky.), that panel has promised vigorous scrutiny of the administration, the president and his family.

Chair Bruce Westerman (R-Ark.) said in a statement Tuesday that each member brings a “unique perspective, experience and passion.”

“A coach is only as good as his team, and I couldn’t be more excited about the team we’ve assembled here on our committee,” he said. “Each member is bringing a unique perspective, experience and passion to the dais, and together we’ll make a natural resources powerhouse.”

Westerman identified the Western drought, wildfires, government accountability, domestic energy and “the Biden border crisis” as key themes for the next two years.

Curtis — who has stood apart from many GOP colleagues on climate change — received a waiver to serve on both Natural Resources and the Energy and Commerce committees.

Rep. Ryan Zinke (R-Mont.), the former Interior secretary, will not serve on Natural Resources. He pursued and landed a seat on Appropriations (E&E Daily, Jan. 12).

Also joining the Oversight Committee are Marjorie Taylor Green of Georgia, Byron Donalds of Florida and Scott Perry of Pennsylvania.

Perry and Donalds were key opponents to Speaker Kevin McCarthy’s (R-Calif.) leadership bid but eventually supported him. Green, who lost her committee assignments under the Democrats, has become one of McCarthy’s top allies.

Perry is one of Congress’ most prominent skeptics of mainstream climate science. Donalds has worked to become a force in nuclear energy.

The House GOP Steering Committee on Monday announced picks for the Agriculture and Transportation and Infrastructure committees (Greenwire, Jan. 17).