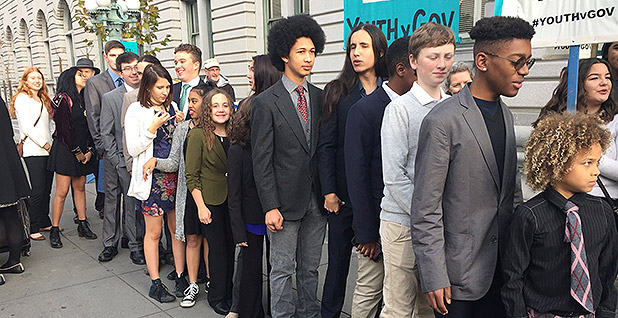 The kids’ climate case will take another detour.

The litigation has pingponged through the legal system, even making it to the Supreme Court on two occasions. The justices in November rejected the Trump administration’s bid to spike the case, noting that relief from the 9th Circuit was available instead.

A panel of judges for the appeals court yesterday granted the government’s request to pursue a mid-case challenge, known as an interlocutory appeal.

Friedland, an Obama appointee, advocated for deference to the district court’s judgment on whether a mid-case appeal was appropriate.

"The government has used the power of their office and the depth of taxpayer coffers to waste precious time and resources to avoid trial in this case, and now the court has capitulated with little scrutiny," Our Children’s Trust Executive Director Julia Olson said in a statement today.

"Plaintiffs believe this Court’s stay of proceedings has lifted now that the two Petitions pending in the Ninth Circuit have been resolved," they wrote today. "Thus, this Court should resume exercising its jurisdiction over issues still remaining for the district court to decide."