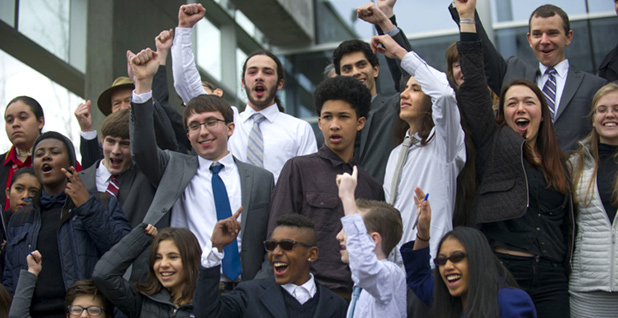 In recent months, Department of Justice officials have met with Ken Caldeira, an atmospheric scientist in the Department of Global Ecology at the Carnegie Institution for Science, as well as Judith Curry, a professor emeritus at the Georgia Institute of Technology’s School of Earth and Atmospheric Sciences who has broken with many of her colleagues in the field by questioning the extent of humanity’s role in climate change.

A children’s climate change case, known as Juliana v. United States, was filed in 2015 by 21 young plaintiffs who claimed their constitutional rights had been violated by government inaction on climate change and by policies that could exacerbate it, like oil and gas drilling in public areas. Earlier this year, just days before Trump took office, the Obama administration Justice Department argued that there is no widespread belief among scientists that the world’s climate becomes dangerous after passing the 350-parts-per-million mark for atmospheric carbon dioxide, a key metric in the case. Scientists have noted that the current level of CO2, which is about 410 ppm, has not been seen in at least 800,000 years.

"What we’re going to have is the youth of America and their climate scientists," he said. "The Trump administration can bring on any scientist it wants, and we can have that debate based on evidence in a courtroom, so it’s better than the Scopes trial, because in the Scopes trial, it wasn’t limited to scientific evidence; they talked about the Bible and waved that around."

Trump has dismissed climate change as a hoax, and chose a number of Cabinet secretaries who question basic climate science. If the case proceeds to trial, however, government lawyers would be forced to argue that climate change does not pose an immediate threat, something mainstream climate science long ago determined is endangering humanity. There has been a significant focus from both critics and supporters of the Trump administration on whether Pruitt will challenge the endangerment finding, the legal undergirding of EPA’s climate rules.

‘Put the science on trial’

But he declined the Justice Department’s request for help, he said, because he is concerned that his work would be distorted for political means by the Trump administration.

Caldeira is also concerned that if reputable scientists don’t participate in the case, the Justice Department could use contrarian researchers to weaken established science.

"You could easily imagine the Trump administration arranging things to not having the best available science presented, but having a perverted view of science presented," he said. "So I think there is a conflict if all good scientists refuse to participate because they don’t want to collude with the Trump administration, then that leaves only the hacks, and it’s likely that the government’s case will be buttressed by hack science."

"I’m prepared to give my best expert advice in a nonpartisan way; they may not like some of it," she said. "You just have to give it your best, deepest, most honest shot of explaining what’s what, what we don’t know."

"Our position all along has been to put the science on trial, and we want for them to bring in recognized scientists and let those individuals submit reports and testify before the courts; that’s exactly what we think should happen," he said. "Obviously what’s occurring now in our climate should not be decided by politicians, but should be dictated by the best available science."