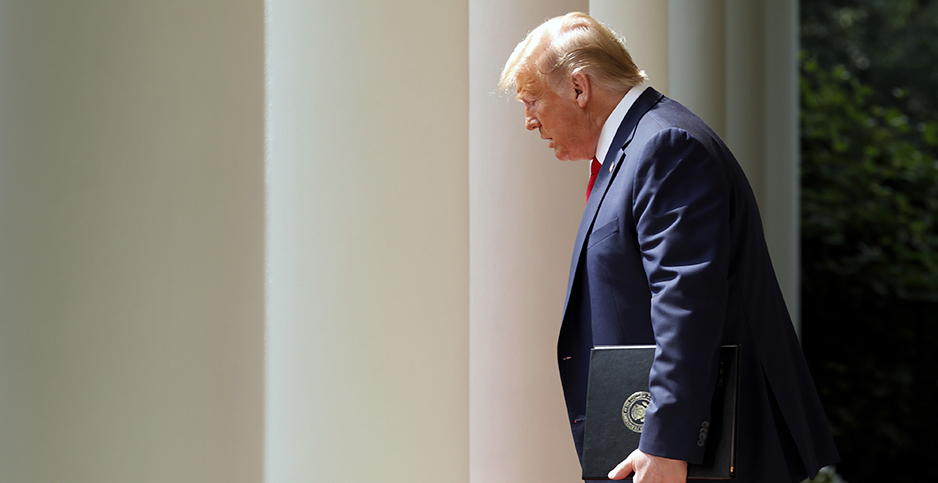 Dozens of environmental groups, including several that are suing the Trump administration, received millions of dollars in government loans through the federal Paycheck Protection Program (PPP), records show.

Recipients of the program, which is meant to keep people employed during the pandemic, include Defenders of Wildlife, Friends of the Earth, Oceana, American Rivers, the Environmental Working Group (EWG), Green America, Earthworks and the Western Environmental Law Center (WELC), according to data released Monday by the Treasury Department.

All of those groups have publicly criticized the Trump administration’s environmental policies and in some cases have taken legal steps to block them.

Defenders sued the Trump administration on May 12 to stop construction of a security barrier on the border between the United States and Mexico that it says would destroy habitats of animals such as jaguars and ocelots. The lawsuit names the departments of Defense and Homeland Security.

Nine days earlier, the Washington-based nonprofit got a loan worth between $2 million and $5 million through the paycheck program, which is run by Treasury’s Small Business Administration (SBA). Defenders has $40 million in assets and $33 million in annual revenue, according to its federal tax return for 2019.

"We feel no obligation to the Trump administration because we obtained a loan through a program authorized by Congress to help employers retain their staff," Defenders CEO Jamie Rappaport Clark said in a statement to E&E News. "Anyone who knows Defenders knows we would never pull our punches in fighting the Trump administration’s damaging and misguided policies for wildlife and public lands."

The environmental groups that took federal money were small to midsize nonprofits with annual budgets ranging from a few million dollars to about $50 million.

The Oregon-based WELC received a federal loan of just under $350,000 on April 13, six weeks before it sued the Federal Energy Regulatory Commission to block a liquefied natural gas project in Oregon that had been approved by the commission.

Erik Schlenker-Goodrich, the center’s executive director, said he saw no conflict in taking funds from the administration while fighting its policies.

"I’m not a big fan of the Trump administration, but just because it administers a program through the SBA doesn’t somehow taint the whole program or the essential benefits it has provided to small businesses and nonprofits," Schlenker-Goodrich said.

The nonprofit law center is using the money to continue its work protecting public lands and wildlife, "in particular by challenging the Trump administration in federal court," Schlenker-Goodrich said. The center has $2.3 million in assets and $3 million in annual revenue, according to its 2017 federal tax return.

Conservative groups that have supported the Trump administration and clashed with environmentalists declined to comment on the groups’ acceptance of federal money.

"We’d rather keep our focus on the policy agenda than on how other organizations choose to run themselves," said Travis Burk of the Competitive Enterprise Institute.

The libertarian Cato Institute also declined to comment. Instead, it sent commentary that the institute’s leaders wrote in The Wall Street Journal in April saying that while Cato would not seek federal money, "We wouldn’t criticize others for taking aid."

The loans to environmental groups represent a tiny fraction of the $660 billion that has gone to 4.9 million businesses through the paycheck program that Congress created to help employers meet payroll during the economic slowdown caused by the coronavirus pandemic.

The program generated controversy following reports of large publicly traded companies receiving loans, which are supposed to be reserved for employers that have no other means of raising capital.

The data released Monday shows that loans have gone to chains backed by Wall Street investors, elite private schools and companies with ties to President Trump including a New York City law firm run by his personal lawyer. Environment & Energy Publishing LLC, which publishes E&E News, received $1.9 million through the program in April.

The loans have an interest rate of 1% but will be fully forgiven if they go to companies with 500 or fewer employees and are used to pay personnel costs, mortgage interest, rent and utilities.

Some environmental groups cited their work related to the pandemic in explaining why they took federal money.

When the coronavirus hit the United States, EWG, which received a $1.2 million loan, "pivoted quickly into providing important information on how Americans can protect themselves," including advice on which disinfectants are most effective against the virus, the group’s president, Ken Cook, said in a statement to E&E News.

"EWG’s mission and the urgent need to provide valuable information during the pandemic align. The loan we received through the PPP has made much of this work possible," Cook said. The nonprofit has assets of $11 million and annual revenue of $15 million, according to its 2018 tax return.

The full list of environmental groups that got money is not known because Treasury only released names of the 660,000 businesses that received loans of at least $150,000.

Many of the biggest and best-funded environmental groups were not on the list released Monday, including the Natural Resources Defense Council, Environmental Defense Fund and National Audubon Society. Tax returns show that NRDC has $443 million in assets, EDF has $245 million and Audubon has $512 million.

American Rivers sued the Trump administration over its Clean Water Act rule in late April, a few days before it received $1.4 million from the federal government. The money will cover payroll, rent and utilities for eight weeks, after which the nonprofit expects to face a financial struggle.

"We do not have a large base of reserves," American Rivers said in a statement. The group reported $14 million in assets and $23 million in revenue in its 2018 tax return but expects its fundraising to decline, forcing it to cut costs.

Friends of the Earth said it took a loan worth $1 million to $2 million to "secure staff salaries during the COVID pandemic so that we can continue to hold the Trump administration accountable for its attacks on the environment, or Democrats accountable for not boldly leading on environmental issues."

The nonprofit has $15 million in assets, its latest tax return shows.