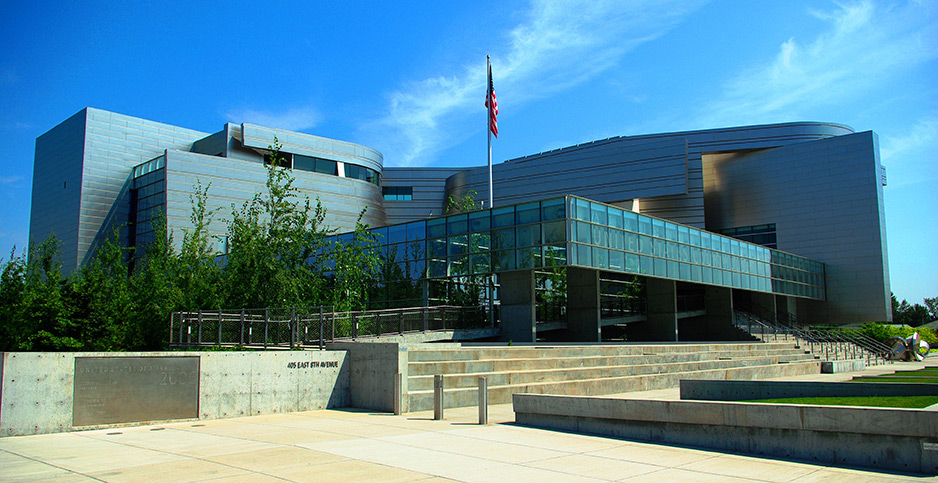 The Justice Department is attempting to halt a climate lawsuit brought by young Americans before it reaches trial at the federal courthouse in Eugene, Ore. M.O. Stevens/Wikimedia Commons

To fight off a lawsuit that claims people have a constitutional right to a safe climate, first blame factors other than warming for harming the plaintiffs.

The government’s playbook for defeating Juliana v. United States, a lawsuit brought by 21 children and young adults, is coming into clearer view as Oct. 29 opening statements in a long-awaited trial near.

Court records and statements from Justice Department experts indicate the government intends to argue at the proceedings in the U.S. District Court for the District of Oregon that the plaintiffs do not have legal standing to bring the case.

"This lawsuit is an unconstitutional attempt to use a single Oregon court to control the entire nation’s energy and climate policy," Jeffrey Wood, who has served as acting assistant attorney general for the Environment and Natural Resources Division at the Department of Justice, said in a statement through a spokesman.

Issues the plaintiffs raise are matters for political discussion, not lawsuits, Wood said.

"Those policies should be decided by the elected branches, not the courts," he said. "The Justice Department is continuing our efforts to see this case dismissed, as is clearly warranted by law."

The youth plaintiffs first brought the lawsuit in 2015, arguing that — over the course of at least 10 administrations — the government has violated their constitutionally protected right to live in a safe climate. They’re seeking a court-ordered plan to phase out fossil fuels.

Government lawyers have fought unsuccessfully for years, under both the Obama and Trump administrations, to prevent a trial from even starting in the landmark climate change case. They’ve filed multiple motions to dismiss, as well as wielded two petitions for a writ of mandamus, a rarely used legal tool that asks a higher court to circumvent a lower court’s decision.

They’ve also pushed the Supreme Court to step in and quash the suit.

While no court has dismissed Juliana, DOJ has been able to at least delay the trial. It was originally scheduled to occur last year, but the government won a stay while it appealed a decision from the Oregon district court to allow the case to proceed.

Even now, while DOJ is preparing for the trial, it’s also still trying to halt the proceedings before they even begin. Last week, government attorneys filed a last-ditch attempt to stop the trial while it brings the case up to the Supreme Court, one that experts say is aimed at Justice Brett Kavanaugh, the court’s newest conservative member (Climatewire, Oct. 10).

The plaintiffs, on the other hand, have submitted hundreds of documents — often highly technical — about climate change, as well as science to support it and information about the costs of failing to address a warming world.

The young Americans argue they have been directly harmed by climate change, pointing to a number of specific impacts. They argue, for example, that reduced snowpack brought on by warming has affected the ability to ski and higher temperatures have harmed the health of a family hazelnut orchard.

Michael Burger, director of the Sabin Center for Climate Change Law at Columbia University’s law school, said it is unlikely that the government will squabble with the plaintiffs and their experts over climate science itself.

"I would be shocked if the federal government in court sought to challenge the fundamentals of climate science," Burger said. "There has not been a point at which the DOJ has contested the reality of climate change."

Richard Frank, a professor of environmental law at the University of California, Davis, also expressed doubt in a recent interview that the federal team would challenge climate research.

The government will likely instead tell the court that other factors beyond its role in fueling climate change — population growth, urban development, resource management, mitigation of fires and floods — can be blamed for harming the plaintiffs.

"All these sorts of things," Burger said.

Julia Olson of Our Children’s Trust, lead attorney for the plaintiffs, said in an email that even though the trial is just weeks away, DOJ has not yet "disclosed their exhibit list, their witness list, nor answered plaintiffs’ interrogatories" — sets of written questions — "where we asked them to tell us what their defense would be on the evidence."

In court papers, John Weyant, a management-science and engineering professor at Stanford University and an expert witness DOJ hired, takes issue with the work of Kevin Trenberth, a climate expert at the National Center for Atmospheric Research and a witness for the plaintiffs.

Factors other than climate change may be to blame for the plaintiffs’ circumstances, he says.

"By failing to analyze the potential confounding effect of local conditions, Dr. Trenberth reaches conclusions about the impacts on Plaintiffs that are unsupported and therefore unreliable," Weyant said in the court papers.

In his own report, David Victor, a DOJ witness and an international relations professor at the University of California, San Diego, criticized expert witnesses for the plaintiffs, including Joseph Stiglitz, the Nobel Prize-winning economist.

The economist, he said, warned of climate change and its perils but didn’t provide any ways the federal government could significantly fix the problem.

"Stiglitz fails to identify plausible, real-world actions that the U.S. government could have taken that would have led to appreciably different outcomes with respect to domestic and international energy systems," Victor writes.

The first week of the trial will include opening statements and testimony from some plaintiffs and their experts, including NASA scientist James Hansen and glacier expert Eric Rignot.

Government lawyers are expected to release their list of exhibits Monday.