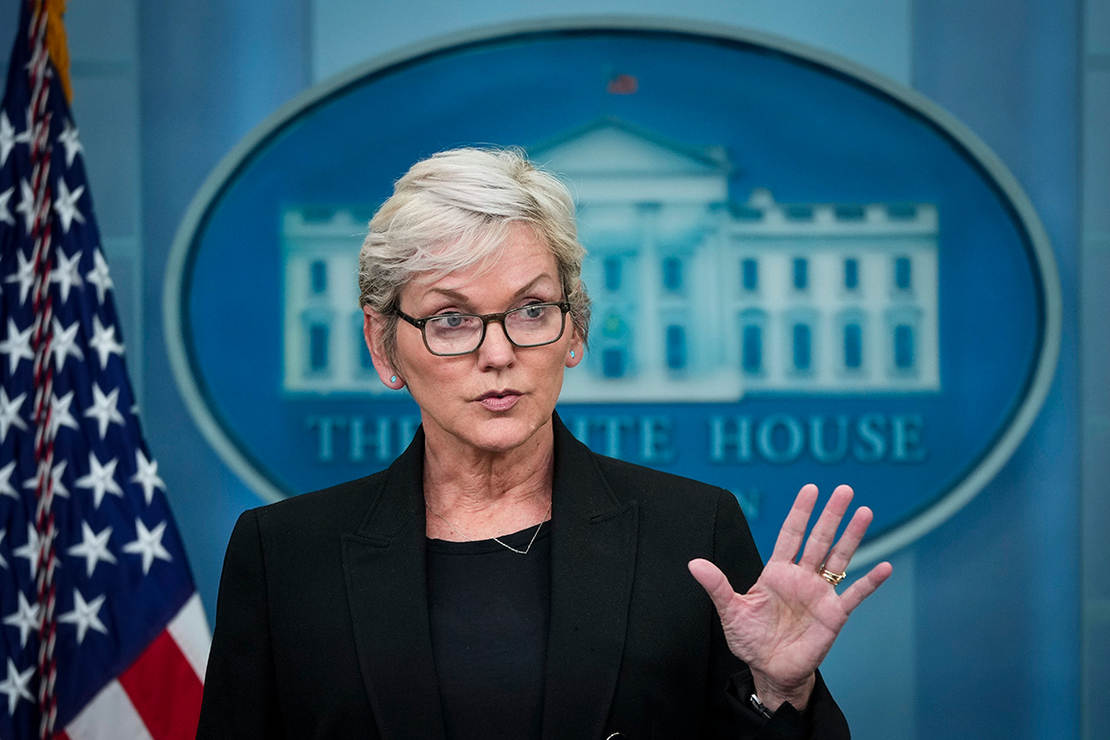 Soaring gas prices have escalated existing tensions between the White House and the oil and gas industry, with both sides openly complaining about the other.

Biden told refiners that their profit margins are unacceptable. Oil and gas executives said they were being unfairly targeted, and the CEO of Chevron Corp. accused the president of vilifying the industry. Biden publicly shot back that the Chevron CEO was being “mildly sensitive,” adding, “I didn’t know they’d get their feelings hurt that quickly.”

Enter Jennifer Granholm, Biden’s Energy secretary and former governor of Michigan, whom Biden sent to negotiate with refiners yesterday amid the rising tensions.

Granholm hosted the leaders of the seven major U.S. oil companies at the Energy Department’s Washington headquarters, according to White House spokesperson Karine Jean-Pierre. Some of her top aides and White House and State Department officials were also on hand, according to sources briefed on the meeting.

The industry executives “were pleasantly surprised” by the conversation, said one industry source briefed on the meeting who was granted anonymity to speak candidly about the discussion.

A second industry source briefed on the meeting called it “cordial.” Granholm, that person said, was “interested in what the refinery executives were bringing to the table. I do think she was in listening mode.”

The tone marks a significant shift from earlier this week.

In fact, Chevron Chair and CEO Mike Wirth — who sent a letter to Biden earlier this week saying the administration “has largely sought to criticize, and at times vilify, our industry” — sent out another statement yesterday lauding the talks with Granholm.

“Today’s meeting was a constructive conversation,” Wirth said. “We appreciate Secretary Granholm’s invitation to participate in the conversation, which was an important step toward achieving greater energy security, economic prosperity, and environmental protection.”

Biden wasn’t there, although he separately hosted members of the wind industry at the White House yesterday. “I think we can … begin to change the nature of how we generate” energy, Biden said as he touted offshore wind. “It’s always blowing. And it can produce as much energy as a coal mine, as much energy as an oil” well.

Asked about why Biden attended the wind meeting but not the sit-down with oil execs, Jean-Pierre said that there were governors at the wind meeting and that it was a “stop-by” that Biden often does at White House gatherings. “So we see this as a part of his schedule where there was actually a meeting here at the White House,” she said.

The industry didn’t feel slighted by his absence, said the first source briefed on the meeting. “The relationship between the refining industry and Biden is about the worst I’ve ever seen between an industry group and the president,” that person said.

The second source briefed on the meeting said it was valuable “to get into the room with the secretary, who’s clearly going to be the administration’s spokesperson on this issue.”

Granholm is the administration’s “good cop” on energy, that person added.

“She politically knows where landmines are,” due to her time as governor in an industry-heavy state, the source said. “That’s part of the reason why they go to her in a challenging situation like this, because they know she can manage the political rivals and still at the same time present a good face for the administration and sell the administration’s talking points.”

But while the meeting has lessened tensions between industry and the White House, it appears few concrete actions were decided upon.

“Does anyone in the industry who was at that meeting honestly think that significant progress was made? No,” said the first industry source.

Jean-Pierre told reporters yesterday that Granholm at the meeting “made clear that the administration believes it’s imperative that companies increase supply of gas, and she reiterated that the president is prepared to act quickly and decisively using the tools available to him.”

She added that the administration’s talks with Big Oil are an “ongoing dialogue” and that Granholm has called on her team “to continue having conversations with the oil companies.”

The Energy Department and the White House did not respond to requests for comment for this story.