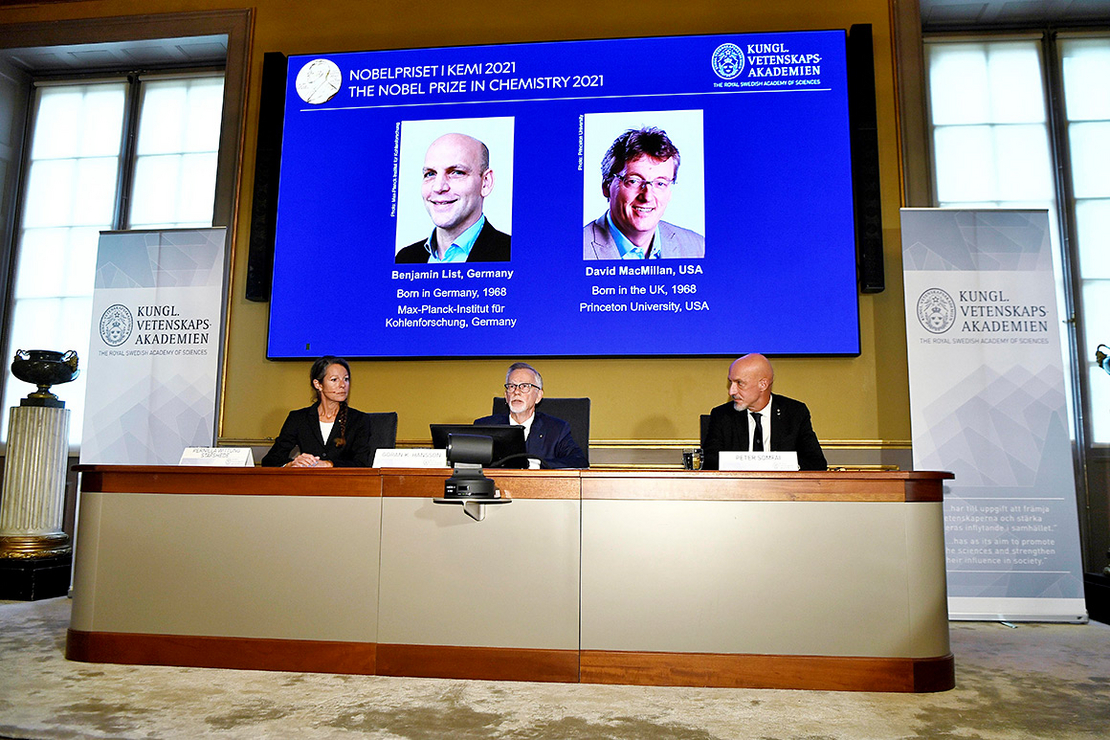 The Nobel Prize in Chemistry has been awarded to two scientists for an "ingenious tool" used to build molecules to lessen the impact of toxic substances on the environment.

The Nobel Foundation announced the award this morning, bestowing one of the highest honors in the field on Benjamin List and David MacMillan. The scientists, who worked independently of each other, developed asymmetric organocatalysis two decades ago — a key breakthrough in making chemistry more sustainable and aiding in the development of pharmaceuticals.

"This concept for catalysis is as simple as it is ingenious, and the fact is that many people have wondered why we didn’t think of it earlier," said Johan Åqvist, chair of the Nobel Committee for Chemistry, in a statement.

Products resulting from catalysis, the process of increasing a chemical reaction by adding a catalyst, drive large sections of the global economy and include plastics, cosmetics and food additives. Researchers previously relied on two types of catalysts — metals and enzymes — in their work. Those traditional catalysts can pose environmental issues, in addition to being costly and difficult to dispose of upon completion.

But that has changed due to the 2000 work of List, a director of the Max Planck Institute for Coal Research, based in Germany, and MacMillan, a professor at Princeton University. They developed a "precise new tool" used for molecular construction, one that builds on small organic molecules.

Those catalysts frequently contain elements like oxygen and nitrogen, something that makes them both cheap to produce and more environmentally friendly, the Nobel Foundation said.

In the years since their discovery, organocatalysis has developed at a rapid pace, with deeply significant results. One major advancement has been in the production of new pharmaceuticals. Organic catalysts have also helped in the construction of molecules that help in capturing light in solar cells.

"In this way, organocatalysts are bringing the greatest benefit to humankind," the foundation observed.

For their work, the scientists will receive 10 million Swedish kronor, or approximately $1.14 million, which they will share equally.

The win has also generated some early criticism, as it continues a trend for the Nobel Prizes for science. Last year, Emmanuelle Charpentier and Jennifer Doudna won for their work on a genome editing method, making them the first women to jointly win the award and the sixth and seventh women to win in history. Only seven women total have ever won the Nobel for chemistry, out of 187 people as of today.

In 2021, all awards for medicine, physics and science went to men.