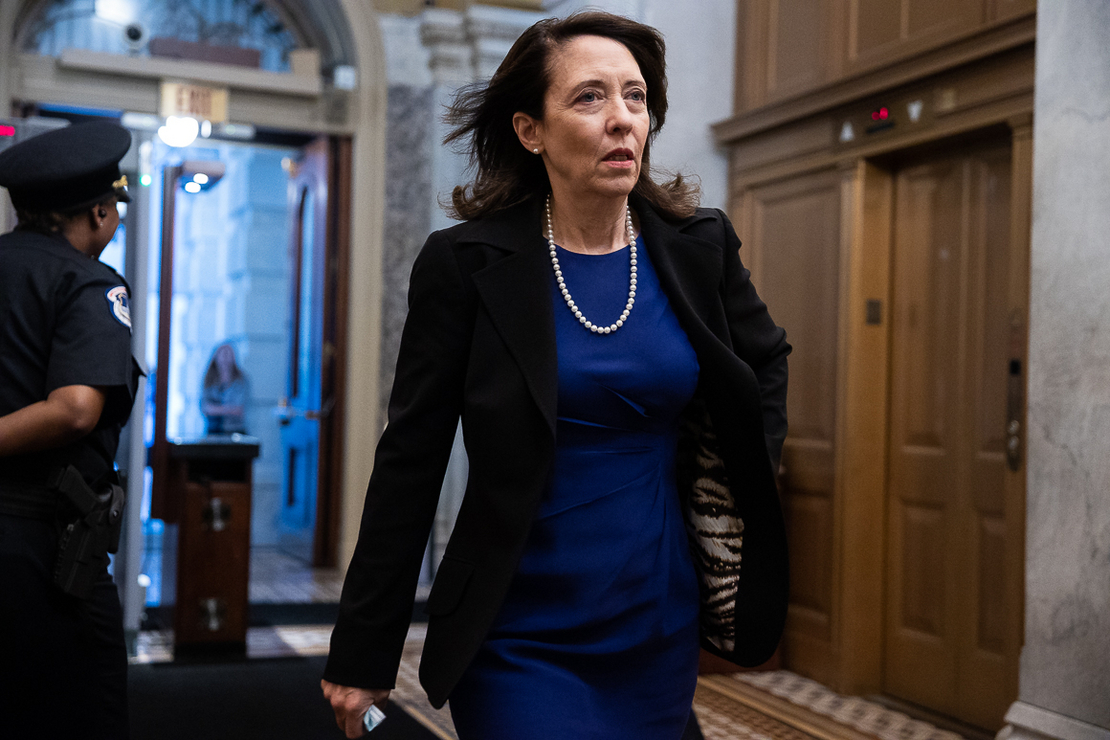 Environmental groups and utilities are squaring off over a little-noticed infrastructure package provision from a liberal Democrat that would more than double the amount of money debt-saddled hydropower giant Bonneville Power Administration can borrow from the federal government.

The legislation from Washington Sen. Maria Cantwell would add $10 billion to BPA’s federal debt ceiling, which is currently $7.7 billion. BPA has nearly reached that limit and, combined with other borrowing, has $14.5 billion in total debt.

Its labyrinthine finances have come under increasing scrutiny by Pacific Northwest conservationists and Congress because it is also required to fund the country’s largest endangered species program: recovering the region’s iconic salmon and steelhead runs.

That program has cost BPA $17 billion and has contributed to its rising debt. But the program has not recovered some of the basin’s main salmon and steelhead runs, including those that migrate to and from the Snake River in Idaho that conservationists argue are heading toward extinction.

Chris Wood, president and CEO of the nonprofit Trout Unlimited, said Cantwell’s provision would let BPA off the hook for a mismanaged fish recovery program. “It’s a mistake to divorce BPA’s financial crisis from the salmon challenge,” he said. “It’s an absolute ‘get out of jail free card’ for the Bonneville Power Administration.”

Cantwell’s amendment was added to Senate Energy and Natural Resources Chairman Joe Manchin’s (D-W.Va.) energy and infrastructure bill at a hearing early this month. That bill is expected to be part of any infrastructure package on the Senate floor, though final language has yet to be released.

The original legislation, the “Energy Infrastructure Act,” S. 2377, called for a $2 billion increase in BPA’s borrowing ability. Cantwell’s amendment would boost it to $10 billion.

Cantwell has long been a proponent of BPA’s hydropower system and said in a hearing that increasing BPA’s borrowing authority is needed for capital investments in the transmission grid.

“Given the existing capital demands” the agency faces for its transmission and other hydropower assets, she said, “BPA currently has significant capital deficits.”

She added: “This provision will greatly boost the reliability and resiliency of the Northwest grid.”

BPA, which is a part of the Energy Department, sells the power from 31 hydropower dams in the Columbia River Basin and manages the region’s transmission system. Cantwell has insisted that the amendment isn’t a handout to BPA and that taxpayers wouldn’t be on the hook for repaying its debt. BPA makes its federal debt payments by recovering money from ratepayers in the Pacific Northwest. And BPA has long touted that it has never missed a payment to the federal Treasury.

Doug Johnson, a BPA spokesman, said raising the borrowing authority would provide “certainty to meet its near-term and future capital” programs. He acknowledged that the amendment would not solve BPA’s debt and financial issues but said the agency is developing a framework for that.

“Borrowing authority alone,” he said, “will not solve our larger debt management and sustainable funding issues, which we plan to address in our updated financial plan to further strengthen BPA’s financial health.”

Representatives of the region’s utilities that buy power from BPA cheered Cantwell’s amendment, saying there is a great need for it given the breadth of BPA’s responsibilities.

“We see the need,” said Scott Simms, executive director of the Public Power Council, “for BPA to have this additional borrowing authority for the continued operation of its clean and valuable hydro system; to continue investing in hatcheries and fish passage improvements as part of its environmental mitigation responsibilities; and to maintain its reliable, multistate high-voltage grid.”

But critics say the Bonneville Power Administration is a relic of a New Deal effort in desperate need of reform (Greenwire, Sept. 16, 2019). The agency has tried to maintain a $1.5 billion buffer under its existing $7.7 billion ceiling but has acknowledged in its own projections that it will fall short of that objective by 2024.

With plunging costs of renewables like wind and solar, conservationists argue that BPA’s hydropower is an antiquated system — and one that has had a devastating effect on fish (Greenwire, Sept. 25, 2019).

“They are spending $500 [million]-$600 million a year on the most destructive wildlife recovery program in the history of mankind,” said Wood of Trout Unlimited. “To write a blank check is offensive to many in the conservation community.”

Trout Unlimited, other groups and local Native American tribes have rallied behind parts of a legislative framework released by Idaho Republican Rep. Mike Simpson. His $33.5 billion proposal would include breaching four dams on the Lower Snake River in eastern Washington that conservationists say have played a key role in the dwindling fish runs.

Simpson’s plan would provide funding to replace the power those dams produce, as well as billions of dollars to the agricultural sector, which currently relies on the barge transportation provided by the dams. It would similarly raise BPA’s debt ceiling, but it would also remove fish mitigation and management from BPA’s purview (E&E Daily, Feb. 8)

The Republican has billed his plan as a comprehensive effort to rethink the region’s power system — and an attempt to save its fish. But he has had little success getting the Pacific Northwest’s congressional delegation on board (E&E Daily, March 26). Only Oregon Rep. Earl Blumenauer (D) has expressed willingness to work with Simpson on it (E&E Daily, May 6).

Environmental groups told Cantwell’s office that they had a “deep concern” about the amendment and pressed her to engage in a more comprehensive solution.

“While we appreciate the Senator’s willingness to address BPA’s serious financial problems, the appropriate and most effective way to do this would be through comprehensive legislation that addresses the many issues touching BPA’s business and the Columbia and Snake rivers,” Miles Johnson of Columbia Riverkeeper wrote her office on July 13. “Enabling BPA to continue business as usual is not a solution.”

A group of nearly a dozen conservation groups also sent the region’s senators a letter yesterday opposing the amendment. “The provision to extend BPA’s borrowing authority by $10 million without any sideboards is alarming and unacceptable,” they wrote, going on to call it a “bailout.”

Justin Hayes of the Idaho Conservation League, which signed the letter, said in a recent op-ed that Cantwell is doing the region a “disservice” by advancing the provision. “This is just pumping money to prop up the failed status quo without consulting stakeholders or Tribes,” he wrote.

Cantwell’s office countered that she has taken steps to address salmon issues in the region separately from the BPA amendment. She has passed legislation to remove sea lions — natural predators for the migrating fish — as well as legislation that played a major role in restoring the runs that return to the Yakima River Basin, a program that by some measures prevented those runs from heading toward extinction.

More recently, she has pushed a bill that would provide $4 billion to remove culverts, another type of infrastructure that hinders fish migration. Another effort would provide a federal tax credit for upgrading existing hydropower dams and provide better environmental mitigation. And another would allocate some $5 billion for removing obsolete river obstructions.

But environmental groups say the situation on the river has become a crisis for fish. Water temperatures in parts of the Columbia River system have reached 71 degrees Fahrenheit — a lethal level for fish — due to a heat wave; climate change; and the dams, which stagnate river flows and allow temperatures to rise.

Conservationists and Oregon recently asked a federal judge to require emergency measures at the dams for the fish (Greenwire, July 19).

Wood, of Trout Unlimited, said he was surprised the BPA amendment came from Cantwell, whom he called a “true champion for the environment.”

But the amendment, he said, is “misguided” and would allow BPA “to continue this behavior that has led us to where we are now.”