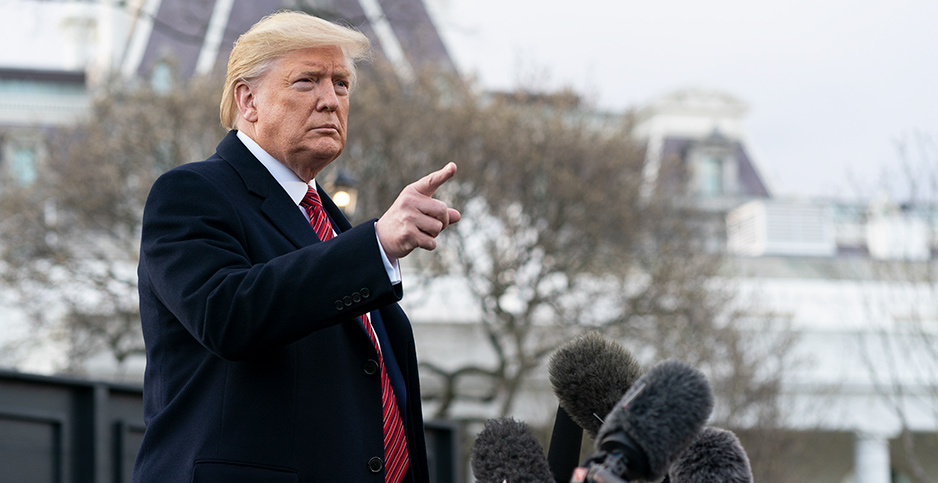 The group Public Employees for Environmental Responsibility filed a complaint today over what they charge is the administration’s intent to fire federal career staff who are disloyal to President Trump.

On Feb. 24, Gidley said on TV: "It’s not a secret that we want people in positions that work with this president, not against him, and too often we have people in this government — I mean the federal government is massive, with millions of people — and there are a lot people out there taking action against this president, and when we find them we will take appropriate action."

PEER argued that when he said "appropriate action," Gidley actually meant "removal, demotion, transfer, suspension, or other personnel actions." The White House did not return comment by deadline.

More broadly, PEER asserted top Trump aides have created a "chilling effect on public servants" by threatening retribution on career staff who are not Trump loyalists.

The complaint follows press reports that the administration is looking for those who make up the "deep state" (Energywire, Feb. 27).

Tim Whitehouse, PEER’s executive director, said Gidley’s remarks go against the whole purpose of civil service, which will be all the more critical as the country faces threats of the new coronavirus and climate change.

"They need to speak up and not fear being on a hit list," Whitehouse said of federal employees.

He added that "in a normal functioning government you would have unions looking out for the civil servants and strong whistleblower protection laws. But all of those checks and balances are being eroded by the president and his staff."

PEER, an environmental protection organization of EPA and Interior employees, has relationships with many current federal employees "who are not Trump loyalists," the complaint reads.

It also says several members have already suffered "retaliatory personnel actions" for expressing their "scientific findings and related opinions" that contradict the administration’s "preferred view of the facts."

PEER requested that the Office of Special Counsel compel the White House to issue a statement pledging not to discriminate against federal employees for political reasons. In addition, PEER requests Gidley and White House personnel staff undergo training on the matter.