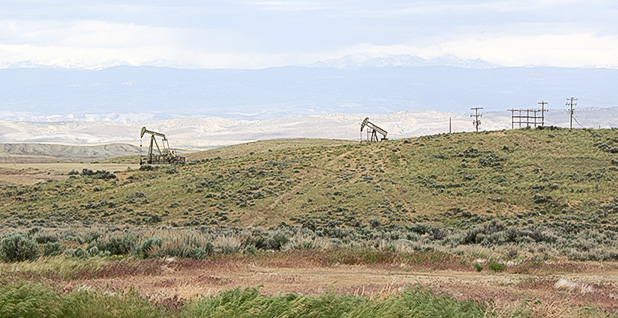 Interior Department officials are preparing for the partial government shutdown to last months.

Last Friday, acting Interior Secretary David Bernhardt hosted a conference call to inform certain sportsmen and conservation groups how the massive department is navigating the shutdown, now in its fourth week. The Theodore Roosevelt Conservation Partnership arranged the call, and dozens of organizations joined in.

Sources said the officials are not expecting the situation to change soon, though officials could not say with certainty. Interior officials are planning in 30-day increments, they said, and have carryover funds to last two to four weeks.

It’s not clear how certain funds are moved around. What is clear is that oil and gas permitting has not stalled.

Since the shutdown started on Dec. 22, the Bureau of Land Management has posted public notice of at least 127 new drilling permit applications in several states during the shutdown, according to the WildEarth Guardians. The work is funded by application fees, the agency said.

In addition, Interior appears to be on track to hold February and March oil and gas lease sales on 2.3 million acres in Wyoming, Utah, Nevada, New Mexico, Colorado and Montana. Some sales were rescheduled from December to comply with a court order, and as such, the land offered on the next auction block is the largest in at least a decade, conservationists said.

Yesterday, a bloc of conservationists charged that Interior is breaking the law.

They said agency scientists tasked with performing environmental analysis have been furloughed, and they expressed concern that public input could get lost or go unnoticed as BLM offices are closed.

"The Trump administration is trying to use the government shutdown to do an end run around the laws that protect our air, water and wildlife," said Kelly Fuller, energy and mining campaign director at the Western Watersheds Project.

Fuller added that the Antideficiency Act prohibits unpaid federal work during a government shutdown except to protect life or property.

BLM’s contingency plan does not specifically mention the upcoming oil lease sales. However, the plan, dated January 2019, does say employees who are not furloughed will work on "selected energy, minerals, rights of way, grazing, and associated activities."

Interior is using funds from permit application fees, which cost $10,500, according to Interior’s website. Asked specifically about the lease sales, an agency spokesperson said there were no updates.

Every quarter, BLM puts hundreds of thousands of acres on the auction block for oil companies to bid on. Under the Trump administration, oil lease sales occur every quarter in 11 Western states. In past administrations, lease sales rotated from one state to another every quarter. The entire process takes about six months, beginning with oil companies submitting expressions of interest for federal land where they hope to drill.

"This administration is already making it harder for BLM staff," said Nada Culver of the Wilderness Society. "They don’t have a lot of time for environmental analysis."

She said most furloughed federal employees she talked to are eager to get back to work.

Beyond financial hits to the federal workforce, many immediate impacts are not sexy, sources said, and include missed meetings or lost time planning for conferences.

Should the shutdown continue for several months, one concern is federally conducted control burns that prevent wildfires, which scientists believe are getting worse with climate change. The government burns hundreds of thousands of acres of federal forestland every year.