Greens praise fossil fuel financing pact. How significant is it? 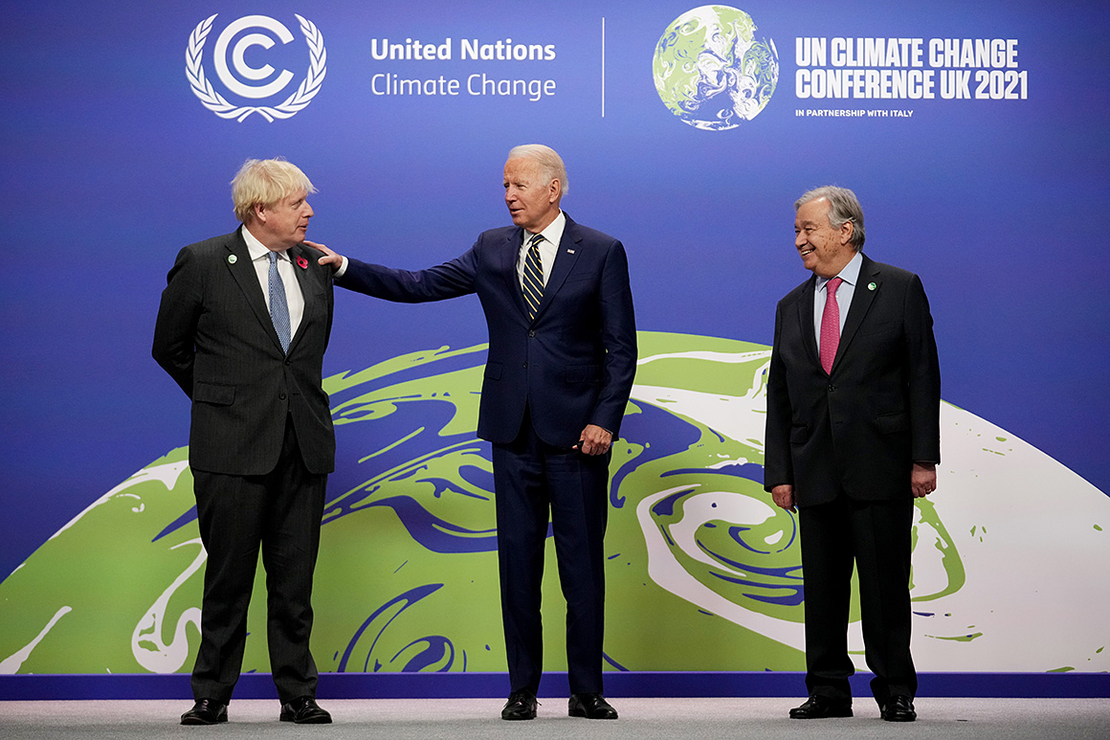 Green groups cheered an international pact reached today to halt government funding for fossil fuel projects in other countries, while analysts cautioned against making bold claims about the climate impacts of yet another informal pledge among nations.

Billions of dollars for oil, gas and coal projects could be off the table following commitments made by the United States, United Kingdom, Canada and 17 other countries at the global climate summit in Glasgow, Scotland.

In a statement released by the host U.K. government, the nations committed to ending new direct support for international “unabated” fossil fuel projects consistent with the ambitions of the Paris Agreement by the end of 2022 and to instead send that money to lower-carbon energy projects.

The agreement falls in line with a recent warning by the International Energy Agency that the world must end all investments in new fossil fuel projects and stop approving new coal-fired power plants in order to meet net-zero carbon emissions by 2050 and have a chance at constraining planetary warming to 1.5 degrees Celsius, in line with the Paris Agreement.

However, some of the largest financiers of fossil fuels abroad did not sign on, such as Japan and Russia, and it only touched on new development, allowing projects to keep being built if they already secured necessary approvals. The pledge also excluded liquefied natural gas, a key U.S. export (Climatewire, Nov. 4).

For the United States, this agreement is “largely” a reiteration of the stance taken by the Biden administration earlier this year when it said it would halt government money flowing out of the country going toward fossil fuel development, Blazer said.

“[This is] cementing that on the international level,” she said.

But later in the day, Blazer and other environmental activists expressed dismay when the United States was absent from a separate agreement released by the U.K. government to end construction of new domestic coal-fired power plant projects (Climatewire, Nov. 3).

In a statement to E&E News, Blazer said it was “disappointing that the U.S. did not sign on to this pledge.” Still, she said the lack of U.S. support for that pledge would not stop the larger trend against new coal plants being built here.

“Clean energy is more popular, cheaper and more competitive than ever, and these trends are not changing,” she said. “Is it disappointing that the U.S. did not formally commit to this pledge? Yes. Does it change the fact that the U.S. is moving beyond coal? No.”

“The reality is, the world cannot afford any new fossil fuel development anywhere in the world. To me, countries ceasing capital subsidies is a huge step forward,” he said. “It’s a little bit like an avalanche. It’s just an avalanche building.”

Analysts expressed more caution, saying activists and the public shouldn’t put too much stock into broad climate pledges made without binding enforcement. They also noted the agreements don’t touch on private financing for fossil fuels, a funding source that has moved more slowly in favor of decarbonization campaigns.

“To the extent you start to constrain [financing] or make financing available for alternatives, that can be helpful. The problem with some of these announcements is it’s very hard to ascertain the true impact,” said Ben Nelson, lead vice president and senior credit officer at Moody’s Investors Service.

Pledges are necessary but “not a sufficient step to really decarbonize the power sector,” agreed Jane Nakano, a senior fellow in the energy security and climate change program at the Center for Strategic and International Studies. That’s because while public financing for lower-income countries still plays somewhat of a role in supporting fossil fuel projects around the world, private sources of capital dominate the space, Nakano said.

In addition, agreements like these offer no clear-cut details on “which [non]government institution finances how much and where,” she said. “I think it’s definitely encouraging, but again, this is more or less a set group of countries, so there’s still work to be done.”

“So many of these countries, they still have to deliver basics to the public,” Nakano said.

Making matters even more difficult will be the absolute stranglehold oil and gas currently has in the world economy, Nelson said. Comparatively speaking, moving beyond oil and gas will be a “much larger challenge than coal” on the issue of financing, Nelson said.