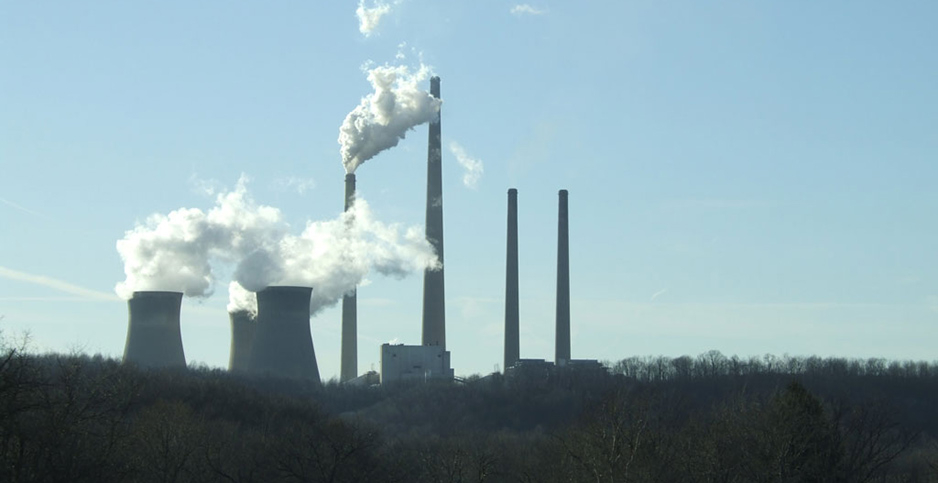 Some environmental groups are suggesting that carbon dioxide emissions could rise if EPA replaces the Clean Power Plan rather than repeal it. Matthew Dillon/Flickr

Officials at U.S. EPA could replace the Clean Power Plan with a rule focused only on improving power plant efficiency, but environmental groups are already preparing arguments against that potential outcome.

Their battle plan anticipates that EPA will attempt to minimally regulate coal-fired facilities, a move that some greens are arguing could drive up emissions more than if the agency abandoned the Clean Power Plan altogether.

That fight looms in the future, to come after EPA collects public comments on its repeal of the Obama-era climate rule. But environmental groups are already preparing to argue why improving efficiency alone won’t stand up under federal environmental law.

They don’t want to reveal the full scope of their ideas about how to counter the Trump administration, but environmental groups point to what they say are two obvious problems with power plant regulations that are based only on facility-level efficiency improvements.

The first goes back to the very purpose of the Clean Air Act. The law is meant to control pollutants that endanger human health and welfare, said Vera Pardee, senior attorney for the Center for Biological Diversity.

"If you look at Section 101 [of the Clean Air Act], it talks about preventing or reducing pollution, so that’s a pretty strong indication of what Congress wanted to do. And of course if something endangers us, little action is not what is called for," Pardee said.

Another problem is that only requiring efficiency improvements does not follow the Clean Air Act’s mandate that EPA regulate based on the "best system of emissions reduction."

"That’s not any old system, that’s not the system that costs the least," Pardee said. "The benchmark is that the technology should not break the industry. The costs can be high. Even if some players can’t reach it, that’s not the bar."

The arguments represent a rehash of the long-standing battle lines over the legality of the Clean Power Plan. The Obama administration maintained that the law allows EPA to regulate emissions from the entire power system, and not just set targets for specific plants. Critics of the regulations argued that the government’s authority ends at a power plant’s fence line.

Some environmental groups have long warned that making plants more efficient at producing energy alone would not do enough to limit CO2 and could actually increase emissions of greenhouse gases.

When power plants improve how efficiently they combust coal to produce energy, they are also making it cheaper for power companies to get energy from coal.

David Doniger, director of the climate and clean air program at the Natural Resources Defense Council, explained how this would happen during a recent interview.

When power companies generate electricity, they are continually monitoring energy prices from a range of power plants to see the cheapest way to get power, he said.

EPA recognized this problem when it developed the Clean Power Plan and decided to include alternative approaches to efficiency improvements, Doniger said.

The definition of what counts as a "best system" was hotly contested during the regulation’s development. Pardee noted that the previous administration was also following the lead of industry, which was already looking beyond efficiency improvements.

Since EPA had already determined it needed to take a broader approach with "much greater emissions reductions at reasonable cost," a court could determine that the agency changing course to only implement efficiency improvements would be "arbitrary and capricious," said Sean Donahue, counsel for the Sierra Club.

Donahue noted that EPA is still "a long way away" from developing any sort of replacement rule.

Jeff Holmstead, an attorney at Bracewell LLP, called the environmental group’s arguments "pretty far-fetched." It should approach the issue by getting Congress to pass a new statutory program, he said.

"People are going through all this difficult mental gymnastics about how the Clean Air Act can be used, when they should be working with Congress to get legislation passed," Holmstead said.

He noted that the Obama administration’s interpretation of what counted as the best system of emissions reduction was vastly different from what had been the standard since the agency’s inception in 1970.

"What EPA is authorized to do under Section 111 [of the Clean Air Act] has nothing to do with obtaining any particular reduction of pollution," he said. "There has never been any successful challenge claiming that EPA has an obligation to do more, that it has to reduce pollution by a certain amount."

While lawyers begin to hash out their courtroom arguments, coal-fired power plants will be weighing the practicalities of investing in fixes to limit emissions, or shutting down entirely.

Can plants be more efficient?

The efficiency of fossil fuel-burning power plants is generally measured by heat rate. The lower it is, the more efficient the plant is and the lower its emissions are.

Coal plants have seen their heat rate rise in recent years, even as the efficiency of gas-fired plants, their chief competitor, has fallen. The average heat rate of natural gas plants fell 7 percent between 2005 and 2016, according to the U.S. Energy Information Administration. The heat rate of coal plants, by comparison, increased by 1 percent.

Reversing that trend stands to be costly.

That has a practical impact. Additional efficiency improvements at the remaining facilities would likely come with a significant price tag.

Coal plants are now operating in new ways that undercut their efficiency. Where coal facilities were designed to operate around the clock, today they are being turned on and off to match demand. Their heat rates have suffered as a result, said Robert Godby, an economics professor who studies the power sector at the University of Wyoming.

EPA would likely need to set its new efficiency requirements at levels that are already attainable for existing plants, or risk driving them from the market, he said.

"If it’s really not a constraint, they can claim the plants are being operated as efficiently as they can be," Godby said.