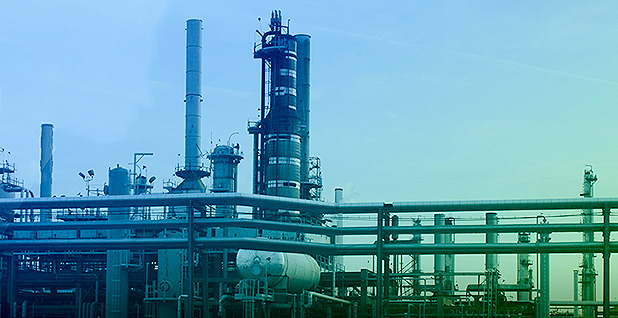 At first glance, the Philadelphia Energy Solutions refinery might look like a target for environmental groups. It’s been hit with $2.1 million in penalties from U.S. EPA for Clean Air Act violations in a five-year period, and regulators have blamed the refinery for most of the toxic air releases in the city.

But as the refinery seeks bankruptcy protection, it’s got an unlikely ally: Mighty Earth, the environmental group headed by retired Rep. Henry Waxman (D-Calif.), who helped write the air pollution law that Philadelphia Energy Solutions has been accused of violating.

The odd alliance is tied to the federal renewable fuel standard (RFS), which requires the blending of ethanol into gasoline. Each party dislikes the biofuel mandate for different reasons, but they have "legitimate common ground," said Rose Garr, Mighty Earth’s policy director.

In an emailed news release titled "Enviro ‘sympathy’ for PES bankruptcy," Mighty Earth cited an "interesting alignment" between the Philadelphia refiner and environmentalists on the RFS.

"Normally, we wouldn’t be shedding tears about the financial woes of a fossil energy giant. But the Renewable Fuels Standard, the biofuels law that is crippling PES, is also a disaster for the environment," Garr said in the news release.

Mighty Earth’s willingness to appear arm-in-arm with the refinery shows just how much the discussion over biofuels has changed since the RFS was updated in 2007.

Environmentalists who once embraced the alternative fuel mandate for encouraging cleaner fuel have done an about-face, saying it’s driving deforestation, contributing to climate change and increasing agriculture-related pollution in the Gulf of Mexico and Midwestern water supplies. The problem, they say, is that the RFS still depends on corn, rather than other feedstocks that don’t compete with food or require so many farm chemicals.

Those complaints have given congressional critics of ethanol, especially in oil states like Oklahoma and Texas, a talking point as they push legislation to scale back the RFS.

Garr told E&E News it’s understandable other environmental groups might be skeptical of Mighty Earth casting Philadelphia Energy Solutions as a victim of environmental policy gone awry. In reality, she said, her organization has limited sympathy for PES and recognizes that the company’s woes may go beyond the high cost of renewable fuel credits.

"There’s been a turnabout in the environmental community," Garr said, as most environmental groups have turned against ethanol mandates. "We’re working together."

That contrasts with December 2007, when Earthjustice praised the RFS as "vital for protecting public health" by reducing reliance on petroleum. Even then, though, Waxman — co-author of the 1990 update to the Clean Air Act — had reservations that an ethanol mandate might press sensitive lands into biofuel production if a variety of feedstocks didn’t materialize, Garr said.

In Philadelphia, an environmental group called the Clean Air Council sees economics — not renewable fuel policy — as the cause of the refinery’s difficulties. The company’s bankruptcy announcement last month was no surprise, said Joseph Minott, the Clean Air Council’s executive director and chief counsel.

"It’s simply a plant that has outlived its natural lifetime," Minott said. "Now they’re complaining about the ethanol rule. In a year, it could be the cost of oil."

Minott said he doesn’t doubt that the RFS has environmental downsides, "but it’s not relevant to PES."

Minott said the Clean Air Council is more concerned with the direct impacts of the plant, the oldest and biggest refinery on the East Coast, which continues to operate while the company reorganizes its finances.

A spokeswoman for Philadelphia Energy Solutions didn’t return a message seeking comment, but the company said on its website that it’s making emissions-related improvements and continues to monitor emissions through a consent decree with EPA.

"We understand that we must protect the environment, from air pollution to the waterways that surround our complex," the company said. "We are currently investing heavily in updating various aspects of the Philadelphia Refining Complex to exceed federal environmental standards and will continue to ensure our complex is having a positive impact on the environment."

In its bankruptcy filing with the U.S. Bankruptcy Court for the District of Delaware, PES said it has made more than $870 million in capital improvements since 2012, and it credited them for environmental improvements.

"These investments, together with a culture of continuous improvement have led to improved performance in personal and process safety, environmental compliance, operational availability, operating costs and a number of other important metrics, including overall profitability," the company said.

On the other hand, the company said, the renewable fuel standard is its biggest financial threat. Buying renewable fuel credits has cost PES $832 million since September 2012. Annually, the credits — called Renewable Identification Numbers — cost the company twice as much as payroll and 1 ½ times as much as capital expenses, PES said.

The company doesn’t have a choice, it has said, because it doesn’t have the facilities to blend ethanol into fuel and has to buy RINs to show compliance with the renewable fuel mandate.

To ethanol advocates, the environmental debate is a distraction.

The Renewable Fuels Association pointed to a series of blog posts by an author at the Kleinman Center for Energy Policy at the University of Pennsylvania, suggesting PES has had greater financial woes, and that refiners recover compliance costs through the retail price of refined fuel. In one post, policy director Christina Simeone said factors such as the cost of oil and ill-timed investments in rail capacity may be more to blame.

At Mighty Earth, Garr said she hopes a longer-term debate over renewable fuels takes hold, offering second-generation biofuels a chance over the next 15 or 20 years. That could begin as the RFS nears expiration in 2022, leaving renewable fuel levels up to EPA unless Congress updates the law, she said.

"It’s seen as oil versus corn, but there’s a real opportunity to move forward on the environment," Garr said.

With just four years left on the law, she said, advanced biofuel companies are looking for signs they should expand. "They’re looking for investment," she said.