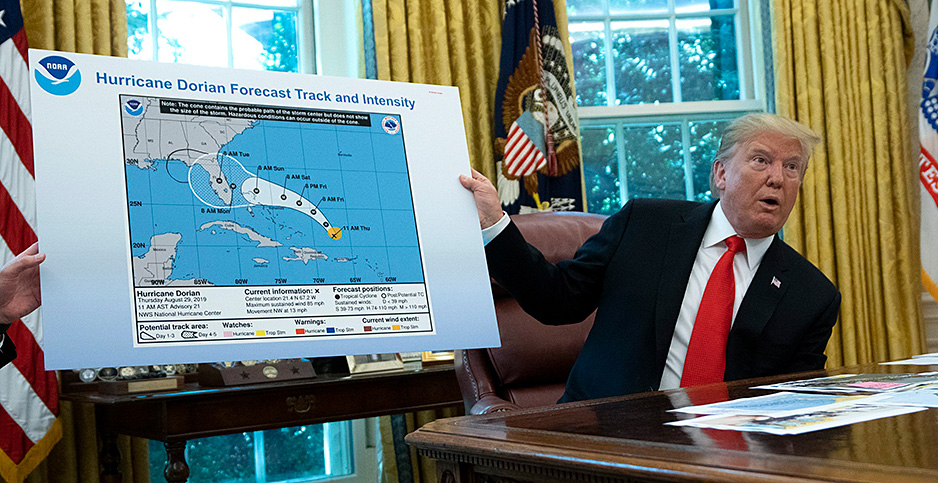 A coalition of environmentalists is tracking online disinformation about climate change in response to a rising tide of conspiratorial thinking among the American electorate.

The informal group is led by representatives of Friends of the Earth and the Environmental Defense Fund, and includes members of around a dozen environmental groups. This is the first time the initiative is being reported on.

Since the beginning of the pandemic, the coalition has been working with a data analytics firm to monitor online conversations about climate change ahead of an expected push for environmental policies during the Biden administration. The group has found overlap among climate deniers, vaccine skeptics, supporters of QAnon and other conspiracy theory adherents.

The coalition may use its findings to rebut lies and confusion about potential climate legislation and push to reform social media regulations, according to members.

"Climate change disinformation is a real and fundamental threat to our ability to pass any climate change initiatives in any future government," said Michael Khoo, the co-CEO of the communications firm UpShift Strategies, who helped launch the group while he was working as Friends of the Earth’s communications director.

Climate disinformation is deliberately misleading information about the causes and consequences of global warming. Some fossil fuel companies and think tanks have pushed inaccurate claims for decades in an effort to stave off the regulation of products that cause global warming.

Deceptive communication has flourished in the age of social media, mixing with the broader problem of misinformation about climate change. Due to a belief in conspiracies, strong ideological ties or other reasons, some people don’t accept the scientific consensus on climate change: that the Earth is warming mainly due to human activities like burning fossil fuels and converting forests to cropland.

Friends of the Earth began worrying about the spread of climate falsehoods around 2018, according to Khoo, who is now a disinformation consultant for the group. He began talking with environmentalists at other groups to see if they were also following the issue.

At the Environmental Defense Fund, he found a partner for the nascent coalition. Lauren Guite, a senior marketing strategist at EDF who puts together its internal "Misinformation Brigade" newsletter, said in an interview that she had been researching climate denial for several years and was interested in learning more.

Other organizations involved in the coalition include the Sierra Club, Greenpeace, Earthjustice, the Union of Concerned Scientists and InfluenceMap, a London-based group that tracks corporate climate efforts.

But the coalition leaders "pretty quickly realized that we need to talk to other movements," Khoo said. So they began contacting a diverse collection of progressive groups that had been the targets of online disinformation campaigns.

"Fighting disinformation is unfortunately everyone’s job now — whether you’re working on women’s rights issues or Latino voters or climate change," Khoo said. "Everybody is inundated by this."

Then in January 2020, the coalition scraped together money from its partner organizations to hire Graphika to map and analyze the online conversations around climate change. Khoo and Guite gave the social media monitoring firm a list of people deemed climate deniers by DeSmogBlog, a website critical of corporate claims against climate action, and some initial search term suggestions.

Since last February, Graphika’s algorithms and analysts have been mapping the connections between the people on that list and other individuals and groups that have been participating in the climate debate on Twitter.

The firm now produces reports summarizing its findings every two weeks; the coalition uses those reports to guide regular discussions. The coalition has also had meetings with officials from Facebook and Twitter and invited academics who study climate disinformation to make presentations to the group.

Graphika’s research revealed that many promoters of climate denial "spread hateful and anti-science content about lots of things," Khoo wrote in an August blog post with Melissa Ryan, CEO of the consulting firm CARD Strategies.

"While they were focused on denying climate change in January, the group moved on to denying COVID-19 by March, and then by June, moved to conspiracy content to discredit the Movement for Black Lives," Khoo wrote.

Some climate deniers, like the Heartland Institute’s Naomi Seibt, have even begun dabbling in memes associated with QAnon, the conspiracy theory that depicts President Trump as the leader in a war against satanic pedophiles in the "deep state" and the Democratic Party.

"Defund pizza delivery services," she tweeted in July, a reference to the QAnon-related Pizzagate conspiracy.

The Heartland Institute did not response to a request for comment.

In 2019, an FBI bulletin warned that QAnon posed a domestic terrorism threat. The bulletin cited several violent attacks and plots linked to QAnon, including an attempt by a California man to blow up a monument to "make Americans aware of ‘Pizzagate’ and the New World Order."

A survey published last month by NPR and the polling firm Ipsos found that less than half of Americans were confident that the QAnon conspiracy theory is false, a sign that even wild misinformation is finding a foothold in the minds of many.

"If a future Congress wants to craft a Green New Deal to stop climate change, you can be sure that QAnon will be the most virulent opponent," Khoo and Card asserted.

In recent weeks, climate deniers have mainly been focused on spreading misinformation regarding COVID-19, according to Graphika’s latest report, which the coalition shared with E&E News.

One of the most commonly tweeted links in the denier community, according to Graphika’s algorithms, was a discredited article minimizing the impact of the pandemic. It was published on Nov. 22 by The Johns Hopkins News-Letter, the university’s student-run newspaper.

As an editor’s note now explains, the piece was full of inaccuracies and failed to provide additional information about the effects of COVID-19.

"We decided on Nov. 26 to retract this article to stop the spread of misinformation," the note said.

But Graphika found that climate deniers continued to tweet the story as well as an archived version that doesn’t include the editor’s note.

"Excellent news from Johns Hopkins University. COVID-19 has cured all other diseases," Tony Heller, who runs Real Climate Science, a blog that rejects climate science, said in a tweet linking to the archived article.

While climate deniers are currently promoting misinformation around other topics, experts expect them to ramp up their attacks on climate science as soon as the Biden administration or lawmakers begin advancing efforts to curb emissions.

John Cook, a professor at George Mason University’s Center for Climate Change Communication, has seen that pattern play out in the past. He helped develop a machine-learning program that could detect and document online climate misinformation over the last few decades.

"What we find is a surge in misinformation the closer you get to some substantive policy," Cook said in an interview.

He anticipates climate deniers will play a similar role in the coming months and years.

"The closer that the Biden administration gets to actually passing or promoting any kind of climate policy, you will see a surge of misinformation to try to cast doubt on it, malign it, and erode public support for it as well as bolster the opposition, such as Republican leaders," Cook predicted.

Cook has spoken with the coalition and urged it to "inoculate" potential targets of climate disinformation.

That basically involves educating social media users about common climate myths and the rhetorical techniques behind them. For example, Cook said environmentalists could tell potentially persuadable Facebook friends about how climate deniers wrongly say the sun — rather than human-made emissions — is to blame for the Earth’s warming trends.

"This myth commits the fallacy of cherry-picking," Cook said. "It doesn’t look at all the available data, which finds that the sun and climate have been going in the opposite direction over the last 30 or 40 years."

That inoculation process introduces "the myth, but also the technique that the myth uses to distort the science," Cook explained.

"What we all want as a baseline is platform accountability and transparency on how they are managing and suppressing the blatant disinformation," Khoo said, noting that Facebook and Twitter have done a good job limiting the spread of coronavirus conspiracies on their sites.

"There are technically ways the platforms can stop dangerous disinformation from going viral," he said at the end of 2020. "Does it require regulator action or legislation to further spur that on? I think that’s the conversation for this next year."

But it remains to be seen if the coalition members could get the green groups they represent to go along with any action targeting powerful tech companies, some of which are facing antitrust lawsuits from both federal and state governments.

"If someone on the Hill wants to do something about misinformation, I’m guessing we want to get involved with that and maybe support certain legislation about it," said Guite, the senior marketing strategist at EDF.

Then she paused to reconsider.

"It’s hard because a lot of us who are in the coalition, we’re not the ones making those decisions for our organizations."