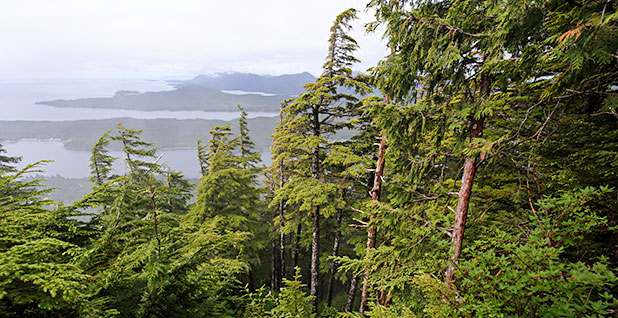 Environmentalists won a major battle this week in a long legal war over the Clinton administration rule that limited road construction and logging in national forests.

A U.S. District Court for the District of Columbia judge dismissed a lawsuit Wednesday brought by Alaska over the so-called roadless rule, rejecting the state’s claims against the Forest Service and the Department of Agriculture under several environmental and procedural laws.

"Upon consideration of the record, the relevant law, and the briefs submitted by parties, I find that plaintiff has not shown that the USDA violated any federal statute in promulgating the Roadless Rule," wrote Senior Judge Richard Leon, a George W. Bush appointee.

The Forest Service rule, which protected about 50 million acres from timber harvesting and new road development, has been embroiled in litigation since it was issued in 2001.

There have been 11 attempts to challenge the rule — all of them failed, said Niel Lawrence, Alaska director and senior attorney for the Natural Resources Defense Council.

"It’s wonderful to have a law upheld that does so much to safeguard the unique public values of public lands for all Americans, especially with efforts to exploit them for private gain looming again," Lawrence said of this week’s ruling.

Alaska has long sought to overturn the rule and its application to the Tongass National Forest, the nation’s largest national forest at 16.8 million acres, as it attempts to revive the timber industry in the southeastern part of the state.

Thanks to a settlement under prior litigation brought by Alaska, the Forest Service in the George W. Bush administration agreed to exempt the Tongass forest. But the 9th U.S. Circuit Court of Appeals narrowly struck down the exemption in a 6-5 decision, finding that the service had failed to explain why it made such a vast change in policy. The Supreme Court last year declined to take up Alaska’s appeal, leaving the restored protections for the Tongass in place (Greenwire, March 28, 2016).

The state filed this most recent litigation in 2011, arguing that the Forest Service issued the rule in an unrealistic time frame and didn’t weigh the needs of individual states and its consequences. Alaska brought claims under the Administrative Procedure Act, the National Environmental Policy Act and several other environmental laws.

Twenty parties, including the Alaska Forest Association, Alaska Miners Association and various companies and industries, intervened on behalf of the state. Conservation groups lined up in support of the Forest Service.

The D.C. district court initially dismissed the claims, finding that the statute of limitations for challenging the 2001 rule had run out. But the U.S. Court of Appeals for the District of Columbia Circuit revived the case, sending it back to the district court for a decision.

In Wednesday’s 45-page opinion, which addresses competing motions for summary judgment, Leon went point by point through Alaska’s challenges, both to the rule as a whole and as it applied to Alaska’s forest. In each, he found the Forest Service acted reasonably.

"Unless I find that the agency has acted arbitrarily and capriciously, I cannot disturb the agency’s action," the judge wrote.

And Leon said the Forest Service had adequately considered how the rule would apply to the Tongass.

"Put simply, it is clear that the USDA considered the unique circumstances of the Tongass, and the USDA did not act arbitrarily and capriciously by finding that there was, in fact, a legitimate purpose and need to apply the rule to the Tongass," he wrote.

It’s unclear yet whether Alaska will appeal the ruling to the D.C. Circuit. Several environmental groups swiftly praised the decision, characterizing it as protecting habitat for imperiled wildlife, clean water for communities and recreation areas.

"We’re grateful that yet another court has upheld the roadless rule and protected our pristine public lands," said Marc Fink, a senior attorney at the Center for Biological Diversity. "The critical importance of these large, untouched forests has only increased since the rule was adopted in 2001."

Lawrence of NRDC, who has represented environmentalists intervening in the litigation on behalf of the Forest Service, said in an interview that he hopes this week’s decision is the end of the long-running legal saga.

Alaska’s lawsuit "was a shotgun, kitchen-sink approach, throwing every claim that the legal mind could conceive at the roadless rule," he said.

He added: "This is a thoughtful, careful opinion from a conservative jurist that should end the matter, that should end any question about the legality of the roadless rule."