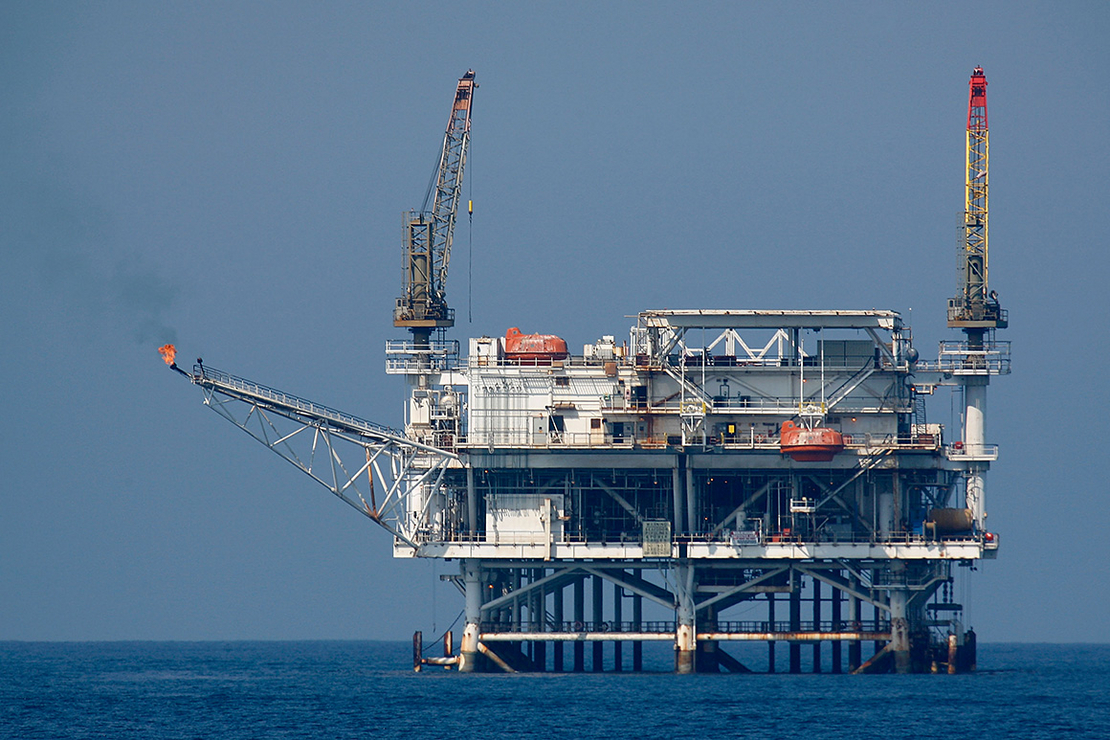 An oil rig off the coast of California. David McNew/Getty Images

In a resounding win for environmental groups, a federal appeals court last week upheld a ban on offshore hydraulic fracturing off the coast of California.

The 9th U.S. Circuit Court of Appeals on Friday required federal officials complete a new, more comprehensive analysis of the risks of fracking and other unconventional oil and gas production methods after finding a programmatic review violated the National Environmental Policy Act.

A three-judge panel directed the U.S. District Court for the Central District of California to extend its current injunction barring the Bureau of Ocean Energy Management and Bureau of Safety and Environmental Enforcement from approving permits for “well stimulation treatments” on the Pacific outer continental shelf until the agencies have released an environmental impact statement and listed potential alternatives.

BOEM and BSEE will also have to consult with the Fish and Wildlife Service and California Coastal Commission before resuming permitting.

“This is an amazing victory for California’s coast and marine life,” Kristen Monsell, oceans program legal director at the Center for Biological Diversity, said in a statement. The group was among those challenging the agencies’ authorization for activities like offshore fracking.

“Fracking is incredibly dangerous and has no place in our oceans,” she continued. “This decision will prevent more toxic chemicals from poisoning fish, sea otters, and other marine life. And it brings us a step closer to ending offshore drilling once and for all.”

The 9th Circuit decision springs from environmental groups’ long-standing concerns over the use of well stimulation treatments, such as fracking, acid fracturing and matrix acidizing. These oil extraction techniques help to boost production of declining reservoirs.

The practices also introduce environmental risks both from chemicals discharged into the ocean and from indirect effects like extending the life of decades-old platforms, said Linda Krop, chief counsel at the Environmental Defense Center, which led the legal challenge.

The area at issue in the case is known as the “Galapagos of North America,” and the court’s ruling recognized that fracking and acidizing would have potential impacts to threatened and endangered species and to water quality, she said.

“We’ve been pushing for a long time just to get the federal agencies to take this seriously,” Krop said. “This court of appeals decision agreed with us on every single point we made.”

The Environmental Defense Center first suspected that federal agencies may have approved fracking and acidizing off the California coast in 2011 and 2012, but the group did not get confirmation from BOEM and BSEE until it filed a Freedom of Information Act lawsuit in 2014.

After learning from the released documents that 51 permits for well stimulation had been authorized for drilling platforms in the Santa Barbara Channel without an environmental analysis, environmental groups sued to require BOEM and BSEE to conduct a review, and the agencies reached a settlement to conduct the analysis.

But when the agencies’ resulting programmatic environmental assessment found that the unconventional production methods wouldn’t have a significant impact on the environment, the groups returned to court in 2016 to push for a more thorough analysis.

Following last week’s ruling, BOEM and BSEE will have to determine if they still want to move forward with issuing fracking and acidizing permits, said Krop. If they don’t, the agencies wouldn’t need to take action. If they do, the agencies would have to complete the analysis and undergo federal and state consultation.

“All of that will take years,” Krop said.

Last week’s 9th Circuit decision partially upholds a 2018 ruling from a lower bench that had also found the federal government had violated the Endangered Species Act for failing to consult with FWS on the impact to vulnerable species. The agencies had also violated the Coastal Zone Management Act and would have to allow the state coastal commission to review its analysis, the court found.

But while the federal district court in California had previously ruled in the federal government’s favor on its NEPA analysis, the 9th Circuit reversed course and called for BOEM to complete an environmental impact statement.

“Plaintiffs raise legitimate doubts about the agencies’ recordkeeping of well stimulation treatments and the reasonableness of relying on flawed recordkeeping to formulate an estimate for evaluating environmental impacts under NEPA,” Judge Ronald Gould wrote in the opinion for the court.

At the time BOEM and BSEE completed the environmental assessment, there was “no formal data collection system” to track the number of well stimulation treatments, said Gould, a Clinton pick.

Although the FOIA suit had revealed the approval of 51 permits for fracking and acidizing, the agencies’ analysis only mentioned the approval of six treatments on the Pacific outer continental shelf since 2000, he said.

The agencies’ finding that the production activity would not be harmful to the environment or require additional review was based on the “incorrect assumption” that well stimulation treatments would occur infrequently, Gould continued.

While BOEM and BSEE had made the argument that the programmatic environmental assessment (EA) and finding of no significant impact (FONSI) could not be challenged in court because officials still had to review individual permit applications, the 9th Circuit rejected the stance that the findings were preliminary.

“There is no argument or evidence that these 51 already-approved permits will be revisited, especially after the agencies approved unrestricted use of well stimulated treatments in the EA and FONSI,” Gould said.