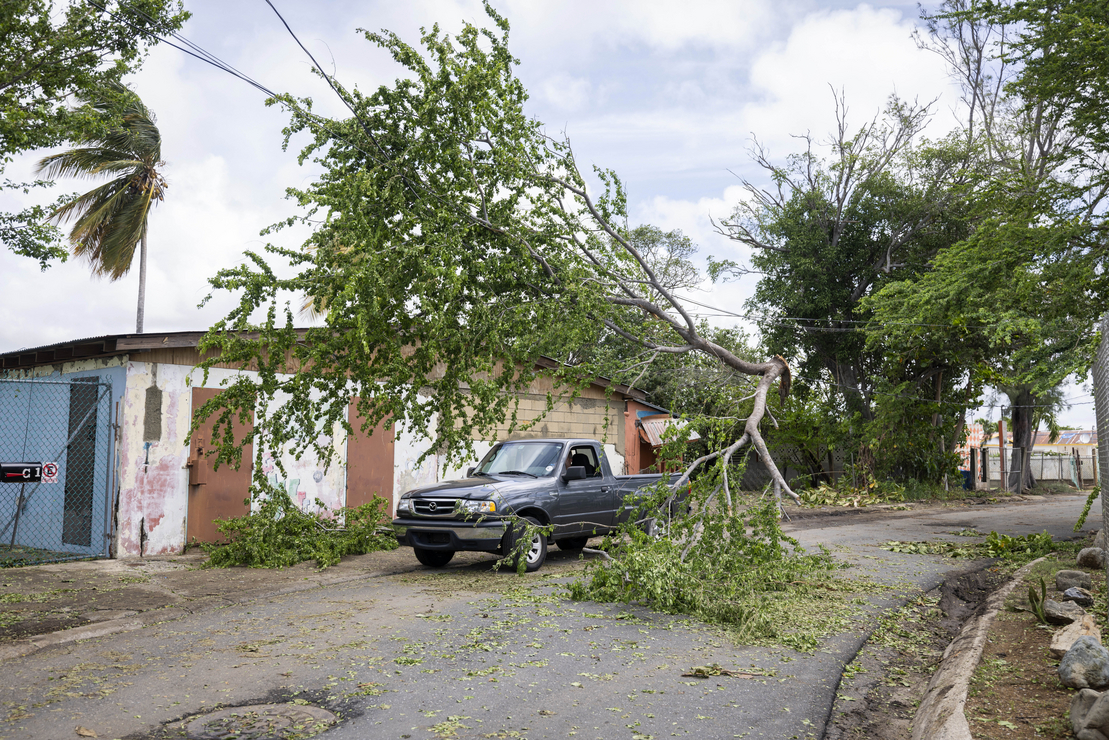 The ongoing crisis — which left more than 3 million people without power — is renewing critiques of Puerto Rico’s centralized system from environmental groups and some analysts who see microgrids as key to building a more reliable grid. Others have called for the implementation of more rooftop solar.

“As Puerto Rico begins to recover from Hurricane Fiona, LUMA must be held accountable for providing the safe, reliable, and affordable electric service to the people of Puerto Rico,” New York Attorney General Letitia James (D) said in a letter to three federal agencies Tuesday.

James asked the Department of Energy, the Federal Energy Regulatory Commission and the Federal Emergency Management Agency to investigate LUMA, noting other electricity issues and outages in recent years.

FERC did not respond to questions by press time. But Charisma Troiano, a DOE spokesperson, confirmed that the agency had received the letter.

“Right now, DOE is focused on working with our partners to restore power as quickly as possible,” Troiano said in an email Tuesday.

In a statement, LUMA said it is “focused on damage assessment, reenergizing and repairing the grid, and restoring power as quickly and safely as possible. When every customer who was impacted by this devastating hurricane has their power back on, we will be more than available to discuss the progress we’ve made and the significant challenges we have faced.“

Fiona arrived in Puerto Rico as a Category 1 hurricane and has been linked to at least four deaths.

DOE, in a report on the hurricane this week, said Puerto Rico had “an island-wide power outage” Sunday in the wake of damage to the transmission and distribution network. A system imbalance ended up tripping generation units offline, the department said.

LUMA, a joint venture of Quanta Services Inc. and Canadian company Atco Ltd., said it had restored electrical service to around 300,000 customers as of around midday Tuesday. Still, more than 1.1 million customers in Puerto Rico lacked power Tuesday afternoon, according to PowerOutage.us.

In the U.S., customer numbers typically refer to homes and businesses that rely on utilities for grid power, meaning the number of people affected can be much higher.

FEMA officials stressed on a call with reporters Tuesday that the agency is in a “supporting role” when it comes to helping LUMA restore power, noting that FEMA can provide emergency funding if it’s required.

On a Twitter platform Tuesday, Ruth Santiago, an environmental lawyer who serves on the White House Environmental Justice Advisory Council, called Puerto Rico a “sun-drenched island” and said “one of the best alternatives to energize” it is installing rooftop solar.

Sierra Club President Ramón Cruz, a Puerto Rican native and former government official, said in an interview that he is fed up with the island’s reliance on a centralized power system fueled mostly by natural gas. Despite all of the focus on privatizing oversight of the electrical grid, he argued, nothing has changed.

In fact, the reliability has gotten worse, Cruz said.

“You have an obsolete system that is very old, relying on only a few places for generation, and then there’s all these transmission lines,” he said.

Cruz called out for an emphasis on rooftop solar and infrastructure planning that considers fierce hurricanes like Maria and rain-soaked ones like Fiona as part of the norm, not as a “one-in-a-100-year” event. He said he hopes Fiona is a wake-up call for a broken power-restoration system that needs fundamental changes.

The disconnect in building a more modern, decentralized power grid after a major storm like Fiona lies in a few places, Cruz said.

This includes, he said, a bureaucratic U.S. government model that doesn’t favor localized technologies that would make for a more reliable grid, an island government that is content with building the same grid that existed and a reliance on fossil fuels.

U.S. electric companies, including investor-owned and publicly owned power providers, are known for having agreements to help each other after a natural disaster affects an area. That includes sending line workers and other crews or supplies to ensure that communities are able to get the lights back on quickly.

The Edison Electric Institute — the trade group for U.S. investor-owned electric companies — is working with the Department of Energy and LUMA as well as other government agencies while officials assess Fiona’s damage, said Scott Aaronson, EEI’s senior vice president for security and preparedness.

EEI is coordinating with utilities, DOE and LUMA to ensure that open channels of communication remain, he said.

“Ensuring the safety of customers, communities, and crews is our industry’s highest priority. We are committed to helping LUMA Energy ensure that it has the resources needed for a safe and efficient restoration,” Aaronson said in a statement emailed to E&E News.

Although LUMA received criticism even before Fiona – Puerto Rico Gov. Pedro Pierluisi (D) said last month he wasn’t satisfied with LUMA’s performance — observers said changing operators in the midst of an emergency response to a hurricane would be counterproductive.

“Once the emergency is over, there are no obvious candidates to take over LUMA’s place,” said Sergio Marxuach, policy director of the Center for a New Economy, a Puerto Rican think tank.

In June 2021, LUMA took over the electrical transmission and distribution system.

“The state-owned utility, [the Puerto Rico Electric Power Authority,] dismantled its transmission and distribution division when the agreement with LUMA was executed,” Marxuach said in an emailed statement. “So, they don’t have the personnel or equipment to take over the operation of the grid and it could take up to a year to get PREPA ready for doing so.”

Other challenges facing Puerto Rico range from policy to topography. Much of the territory is rural and mountainous, and heavily flooded roads can delay what is typically routine damage assessment.

While Puerto Rico is eligible for federal money to restore electricity, the Stafford Act currently limits how FEMA rebuilds after a disaster.

FEMA often rebuilds what was there, making it difficult to look for innovative solutions such as adding microgrids or robust distributed energy resources. That could require remaking the power grid.

RMI helped Puerto Rico rebuild after Maria decimated the grid. The organization encourages moving away from a centralized power grid and using microgrids, among other distributed resources, as a way to make the power grid more resilient.

Indeed, RMI already was in Puerto Rico building five microgrids at critical facilities when Fiona hit the island, Bunker said. The equipment survived the storm, which Bunker said was encouraging.

RMI hopes to scale up those projects to have microgrids across the island within a couple of years.

Another challenge: how to get microgrids into Puerto Rico’s rural and mountainous areas, which are largely disconnected from major cities and whose populations may be impoverished?

An aspect of RMI’s work involves equity, or ensuring that low- and middle-income populations receive the same type of electricity technologies as others. Bunker said it’s imperative to figure out innovative ways to finance microgrids and put them where they are needed.

“Without equity, you really don’t have resiliency, and if lower- and middle-income communities can’t access these resources, then we’ll still see headlines of communities being destroyed after hurricanes.”