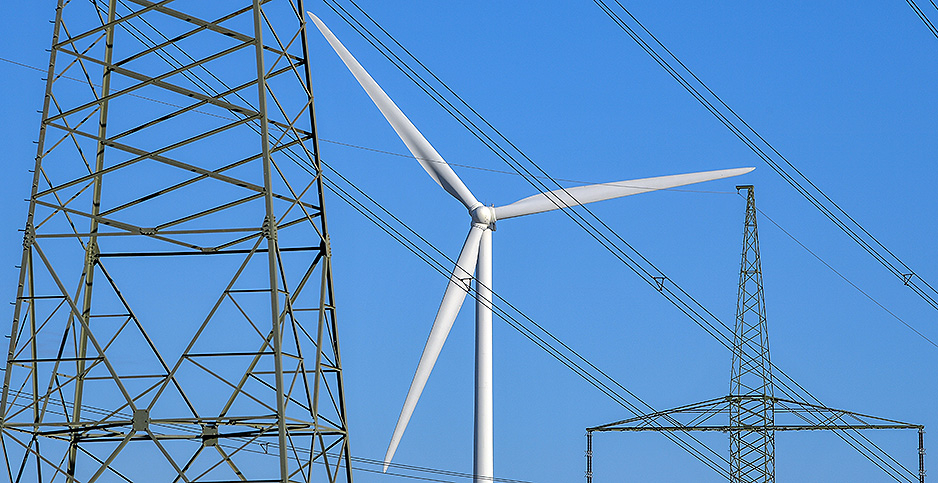 A Department of Energy report to Congress last summer estimated the cost of grid congestion to system operators in 2016 was $4.8 billion. Patrick Pleul/dpa/picture-alliance/Newscom

Imagine cars traveling along Interstate 95, spaced far apart, creeping along as if in the midst of a snowstorm.

But it’s not snowing. It’s sunny and 70 degrees on a busy Memorial Day weekend. The road should be packed with fast-moving traffic.

This is today’s bulk power grid.

It’s not a perfect analogy, but it’s one LineVision Inc. co-founder and CEO Hudson Gilmer uses to help nonengineers understand the challenge his company and others are trying to overcome: grid congestion, which costs consumers billions of dollars and is hampering renewable energy deployment.

There’s little dispute that transmission congestion is an expensive problem as excess traffic on the grid leads operators like PJM Interconnection and the Midcontinent Independent System Operator to dispatch more costly (and often dirtier) power.

A Department of Energy report to Congress last summer estimates the cost in 2016 was $4.8 billion, an amount expected to grow.

Increasingly, transmission congestion is also becoming an issue for wind developers in parts of the U.S., such as the Upper Plains, where wind energy developers are withdrawing from the queue despite having contracts to sell their energy. Those developers are citing high costs of transmission upgrades needed to tie into the grid (Energywire, May 29, 2019).

Gilmer said his company can provide dynamic line rating (DLR) technology to help address the problem. While not a panacea, it can help ease growing pains that are increasingly being felt among consumers and renewable energy developers.

"What we believe and have demonstrated is that there’s a tremendous amount of capacity in our existing grid that can be unlocked," he said in an interview with E&E News.

Here’s how: Most existing transmission lines have "static" capacity ratings that bake in conservative assumptions about weather conditions to avoid thermal overloading. As lines get hotter, they expand and sag and can come into contact with trees and other objects, leading to outages.

And windy conditions that might seem to be bad for high-voltage power lines can actually cool lines and allow for increased power flows that enable more wind energy on the grid.

LineVision’s technology consists of sensors and analytics to monitor and optimize transmission lines in near real time, enabling them to carry increased loads under certain conditions. On a cooler, breezier day, a line can carry more than it can in sweltering heat.

A 2017 study by American Electric Power Co. simulated the effect of DLR technology on the 22-mile Cook-Olive 345-kilovolt transmission line between Indiana and Michigan. The study showed net congestion savings of more than $4 million versus a physical upgrade of the line, which could have cost $22 million to $176 million, according to one estimate.

Similarly, Gilmer said deploying DLR technology could be just a fraction of the cost of new transmission projects or physically upgrading existing lines, and without the long lead times of greenfield projects or eminent domain battles.

"We think this is a new model for how to invest in the grid and how to invest in new transmission," he said. "Let’s leverage sensors and analytics to get as much as we can out of our existing grid."

A real-world example came two winters ago during the "bomb cyclone" in the Northeast, when New England’s grid operator took advantage of the cold to adjust line ratings on a grid tie with New York.

Doing so allowed the flow of 200 additional megawatts of power at a time when the region’s grid was congested and prices were soaring from high demand and fuel constraints.

In a blog post about the Cook-Olive study, PJM, which runs the nation’s biggest wholesale power market, said the technology not only provides economic benefits but "greater real-time situational awareness of the grid, which increases system resilience."

Given the economic and resilience benefits of grid technologies like DLR, why aren’t transmission owners rushing full speed ahead to deploy them?

As with any change to the nation’s 200,000 miles of high-voltage transmission wires, it’s complicated. And utilities, grid operators and regulators tend to move cautiously.

A Federal Energy Regulatory Commission staff paper notes there are numerous challenges related to DLR technology and so-called ambient adjusted ratings (where line capacity is adjusted daily, hourly or more frequently to account for ambient air temperatures). They include challenges related to automation, coordination with other transmission owners and market coordination.

"It’s a downside of cost-of-service regulation," said Rob Gramlich, president of Grid Strategies LLC and head of the Watt Coalition, a group of a half-dozen grid technology companies, including LineVision.

FERC is mandated by the Energy Policy Act of 2005 to encourage deployment of transmission technologies to increase grid capacity and efficiency.

In March, the commission took steps in that direction by opening an inquiry to look at incentives to encourage development of infrastructure to ensure reliability and reduce grid congestion.

A group calling itself the Grid Advancement Coalition, which includes the Watt Coalition, transmission-owning utilities, clean energy advocates and renewable energy companies, suggested in FERC’s notice of inquiry that a "shared savings" approach for technologies could help boost grid efficiency and reduce costs.

In subsequent filings, a broad coalition of consumer interests, including big industrial power users, the California and New York utilities commissions, and the National Association of Consumer Advocates, balked at the general idea of providing additional financial incentives to transmission providers.

The coalition said if FERC decides there’s a need to reform its incentive policy, then "promoting transmission technologies that cost-effectively increase the capacity or efficiency of existing facilities could be a constructive area of focus."

Gramlich said he is hopeful FERC will either issue a policy statement inviting proposals or initiate a more time-intensive rulemaking. "I think the ball is in their court," he said.

Without some action to compel transmission owners to adopt technologies like DLR or provide a financial incentive to do so, "it’s pretty much a recipe for nothing changing," he said.

Gilmer, meanwhile, wants to be clear that line rating technology shouldn’t be seen as competition for new transmission, which will remain needed in order to reduce congestion and bring new, cleaner generation online.