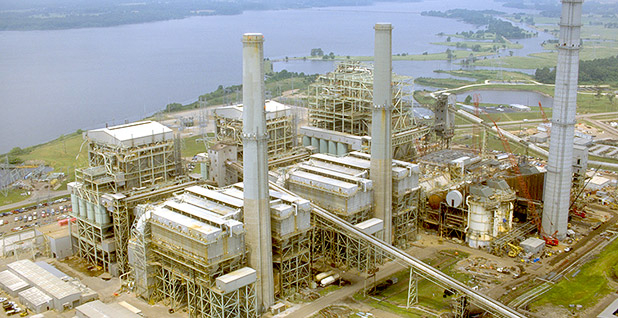 The Monticello power plant, located in northeast Texas and owned by Luminant, is one of four coal-fired facilities in the state that would have to install sulfur dioxide scrubbers under a haze reduction plan now tied up in court. Photo courtesy of Luminant.

When federal judges last month slapped a stay on a U.S. EPA cleanup plan targeting coal-fired power plants in Texas, one factor loomed especially large in their decision: the potential impact to the electric grid.

Not only would Texas consumers end up footing the bill, but grid reliability would be imperiled "if plant operators close facilities rather than install or upgrade uneconomical emissions controls," the three-judge panel on the 5th U.S. Circuit Court of Appeals wrote in the unanimous ruling.

The source of their forebodings was the Electric Reliability Council of Texas, the independent system operator charged with keeping most of the nation’s second largest state from going dark. In a 2014 report, the council had warned that EPA regulations could cost the system close to half its coal-fired generating capacity. More recently, ERCOT predicted that the plan at issue in the 5th Circuit decision — intended in part to reduce pollution-related haze in two national parks — would have "significant" repercussions for transmission system soundness.

To critics, however, ERCOT’s track record poses some reliability questions of its own.

"Anytime EPA wants to do something, the claim from the industry and the system operator is, ‘It’s not going to work, it’s going to lead to serious reliability issues,’" said David Schlissel, who oversees resource planning work at the Institute for Energy Economics and Financial Analysis, which favors a shift to renewable energy sources. "In general, these claims have just not been borne out."

Schlissel was blunter in a court filing on behalf of two environmental groups allied with EPA in the haze case. Previous "doomsday" predictions have consistently been wrong, he wrote, on the effects of such regulations as the agency’s limits on power plant mercury emissions and curbs on air pollution that wafts across state lines.

ERCOT, although answering to Texas state regulators, is a private nonprofit with a board made up mainly of power industry representatives. In the course of an email and phone exchange, spokeswoman Robbie Searcy acknowledged that environmental regulations have so far left grid operations unscathed.

In one instance related to the 2011 Cross-State Air Pollution Rule, EPA’s final version allayed concerns that ERCOT had flagged in the original draft, Searcy said in an email. Regarding the limits on mercury emissions, the council did not raise specific reliability issues, she said, although it did mention those standards in the 2014 report, which explored the potential effects of an array of regulations.

Alongside a growing state economy that inevitably spurs power demand, ERCOT has more reason than most system operators to fret about grid dependability.

In industry jargon, its territory is a "power island," with relatively few links to transmission networks that would let it tap electricity from sources beyond its borders. And when companies shutter generating units because of regulatory requirements, as opposed to economic forces, Searcy added, "ERCOT has fewer options available to support system reliability."

The council’s views could prove pivotal in the bitter court battle over the haze plan, which pits power producers and Texas elected leaders against EPA. The plan, published in January, is supposed to improve visibility in Big Bend and Guadalupe Mountains national parks, both located in West Texas, as well as the Wichita Mountains Wildlife Refuge in southwestern Oklahoma. Seven Texas coal-fired power plants would have to install or upgrade sulfur dioxide scrubbers by 2021; an eighth, owned by a cooperative, would be allowed to limit releases with controls already in place. Those steps would cumulatively cut sulfur dioxide emissions by 230,000 tons per year, by EPA’s count.

The cleanup can’t come soon enough for environmentalists who describe the plants as exceptionally dirty. Taken together, their SO2 emissions exceed the output from all sources in Arkansas, Oklahoma and Louisiana combined, lawyers for the Sierra Club and National Parks Conservation Association wrote in a brief on EPA’s behalf.

But industry executives and politicians are up in arms at the projected $2 billion price tag. The brunt would fall on Luminant Generation Co. LLC, the largest power producer in Texas and owner of four of the affected plants.

Luminant’s corporate parent, Energy Future Holdings Corp., has been mired in bankruptcy proceedings for the last two years after a buyout tied to higher natural gas prices soured. In court papers, Luminant argues it has already made substantial cuts to sulfur dioxide emissions in recent years. The estimated $1 billion cost of adding scrubbers at two of its plants — known as Big Brown and Monticello — could force the company to retire them, stripping more than 3,000 megawatts of power from the grid, Chief Financial Officer Robert Frenzel wrote this May in pressing for a court-ordered stay of the haze regulations.

The other plants covered by the plan are owned by NRG Energy Inc., San Miguel Electric Cooperative, Xcel Energy Inc. and French firm Engie SA. In the same filing, the last two also argued that a stay was needed to prevent "irreparable harm" if they committed to costly new pollution controls only to see the plan later struck down.

EPA countered that the 5th Circuit, based in New Orleans, should either throw out the consolidated state and industry lawsuits or else transfer jurisdiction to the U.S. Court of Appeals for the District of Columbia Circuit, which handles legal challenges to federal regulations of "nationwide scope or effect."

That court instead handed the agency a double-decker defeat. In agreeing to a freeze last month, the three-judge panel, made up of Republican appointees, wrote that the plaintiffs had a strong chance of winning on the merits. The panel also balked at giving up jurisdiction, saying the plan’s scope was limited enough to make the 5th Circuit the proper venue (Greenwire, July 18).

EPA also contends that the required pollution controls are cost-effective and widely used throughout the industry. They "thus should not require a source to shut down to comply," the agency said in written responses to public comments on the plan. Nonetheless, the agency took the grid reliability question seriously enough to hire a consulting firm to study it. The firm concluded that ERCOT’s perspective on market conditions was "short-sighted" and that the council had failed to account for the likelihood that new gas-fired plants could make up for any losses in coal-burning generation.

The judges were unimpressed. EPA "has no expertise in grid reliability," they wrote, pointing to the agency’s reliance on a consultant as evidence. The stay is set to remain in effect until the case is decided; a brief from the challengers is due late this month, according to court records.

In a joint motion filed late yesterday, however, EPA and the plaintiffs asked the court to a halt all proceedings through late November while they try to hammer out a settlement. "Should the parties conclude that settlement discussions are advancing and fruitful, but that more time is necessary to complete discussions," they will seek another extension past that point, the motion said.

In its 2014 report, ERCOT had predicted that anywhere between 3,000 and 8,500 MW of coal-fired generating capacity in its bailiwick was at "moderate to high risk of retirement," primarily because of the haze plan’s expected expense. Overall, the system has about 19,200 MW of coal-driven capacity; more recent planning scenarios now indicate that about 6,000 MW could fall victim to the haze standards, Searcy said.

The haze reduction program, dating back to 1999 in its current form, was put in place by Congress with a goal of eventually restoring natural visibility conditions at 156 large national parks and wildlife refuges.

Outside observers are split on the magnitude of the reliability threat — or whether there is a threat at all.

For Edward Hirs, an energy economist at the University of Houston, ERCOT’s worries are valid.

While it is "appalling" that some coal-fired plants still lack SO2 scrubbers, Hirs said in an email, "ERCOT is looking forward to a real shortfall" should those plants begin closing.

Not only is the estimated cost of retrofitting old coal facilities with new pollution controls higher than the price tag of adding gas-fired generation, Hirs added, but building new gas plants "is not a winner with current prices."

But Tom McGarity, an environmental law professor at the University of Texas, thought that existing gas-fired plants — which he said tend to be "peakers" used when electricity demand spikes — could compensate for the retirement of at least some of the coal-burning facilities.

"It’s almost like Chicken Little, they raise the reliability concerns so often," McGarity said. "The fact of the matter is that we’ve survived without brownouts or blackouts."