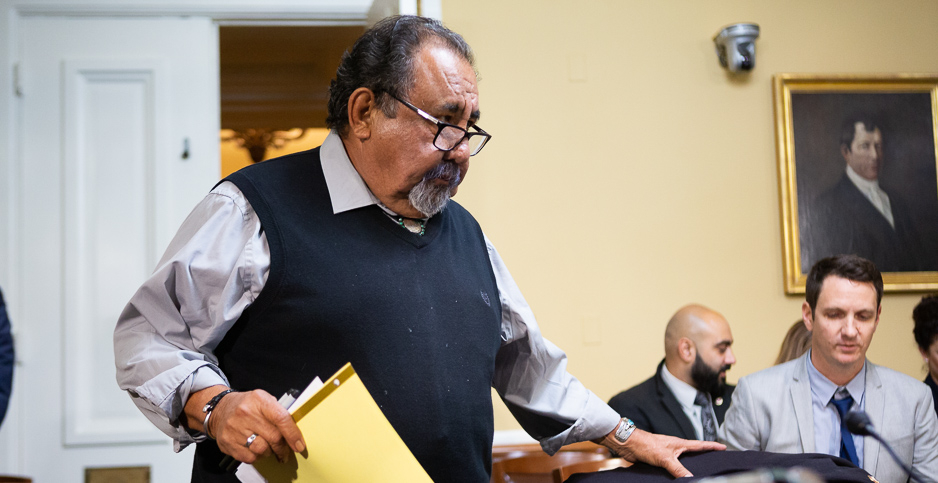 A top House lawmaker today demanded information from the Trump administration on the number of employees who are leaving the Bureau of Land Management as it moves its headquarters out West.

House Natural Resources Chairman Raúl Grijalva (D-Ariz.) said in a letter to Interior Secretary David Bernhardt that he’s concerned by an E&E News report last week that found the vast majority of BLM staffers in the Washington, D.C., headquarters do not intend to move to Grand Junction, Colo., or to other state offices in the West.

E&E News, citing numerous sources, reported that as many as 80% of the 159 BLM staffers who have been reassigned to Grand Junction, or to other state offices from Alaska to Arizona, plan to reject the reassignment orders. They plan to either retire or find another job at the Interior Department or another agency in Washington (Greenwire, Dec. 12).

BLM has said that it does not yet have data to share publicly and that it will take some time to compile the numbers of those employees who reject the relocation assignment.

Staffers had until last Thursday to accept or decline the relocation assignments.

But Grijalva wants Interior to submit the numbers BLM has collected from employees to his committee by Jan. 6.

"While formal numbers have not yet been made publicly available, reports suggest that more than 80% of BLM employees asked to relocate plan to decline the reassignment and leave the agency," Grijalva wrote, citing the E&E News story. "This new development demonstrates that our concerns about this reorganization have been justified, and that this hastily planned effort will severely undermine the BLM and the management of our public lands."

In addition to the number of employees who "have declined the reassignment," Grijalva also asked Bernhardt to provide the committee with the number of positions "that will be vacant because a staffer declined the assignment or obtained another position outside the BLM."

He also requested to see "BLM’s plans to fill those vacant positions."

The letter is the latest in a war of words between Grijalva and Interior over what the chairman says is a lack of detailed information on the relocation plan shared with Congress. Interior disputes that characterization.

BLM is moving swiftly to carry out the plan, which Bernhardt has said will improve public lands management and BLM operations by placing decisionmakers near the state and local leaders most affected by bureau actions.

William Perry Pendley, BLM’s acting chief, has said the bureau will help each employee who does not want to move with finding another job within BLM or Interior.

The formal relocation notices given to D.C.-based employees, however, also state that those who choose not to move could be fired. "If you do not accept this directed geographic reassignment, you may be subject to a removal from Federal service," the notices say.