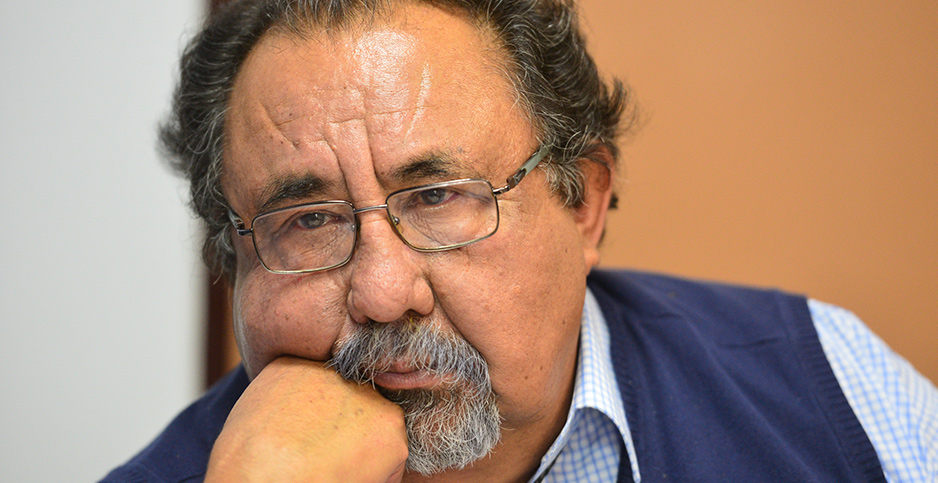 The House Ethics Committee continues to investigate claims of discrimination against the Arizona Democrat, despite voting in December that a $48,395 settlement he paid to a female staffer as a result of the hostile workplace allegation was permissible.

It has not been previously reported that the committee is still reviewing the specific allegations against Grijalva, who only recently learned about the investigation.

Grijalva remains confident he will be cleared of any wrongdoing. "I’m not worried about it at all," Grijalva said of the committee’s investigation into the allegations. "I feel very secure about where we are," he said in an interview yesterday.

E&E News reviewed documents that show the Ethics Committee has recently reached out to at least one former staffer for any information regarding whether Grijalva had sexually harassed or discriminated against staff or retaliated against anyone who might have reported the misconduct.

E&E News has confirmed the identity of the former staffer who was contacted by the Ethics Committee in the past month but will not identify her because she is an alleged victim. It is not clear if other current or former staffers have been contacted or if Ethics is pursuing a broader pattern of allegations of sexual harassment by the Arizonan.

Grijalva said the matter of the continuing investigation was brought to his attention last week. He said the panel has all the information it needed from him in response to the former employee’s original 2015 hostile work environment allegations.

Tom Rust, the staff director and chief counsel for the Ethics Committee, declined to comment on the state of the investigation. Speaker Nancy Pelosi (D-Calif.) did not respond to a request for comment.

The investigation stems from a severance pay settlement from a complaint a former staffer filed with the congressional Office of Compliance alleging Grijalva was frequently drunk at work and created a hostile environment in his office.

In exchange for the payment, the staffer agreed not to sue Grijalva. The money came out of the Natural Resources Committee’s operating funds and amounted to five additional months of salary.

The independent, nonpartisan Office of Congressional Ethics, which first reviewed the claim, referred the allegation of an improper payment to the House Ethics panel last May recommending its dismissal. When Ethics eventually dismissed it, Grijalva posted the news on his website, seemingly clearing himself of any bad behavior.

The allegations first surfaced in late 2017 when Capitol Hill was in the midst of numerous sexual harassment scandals that led to the resignation of several lawmakers and senior staffers. It led some to ponder whether the then-ranking member of Natural Resources might find himself forced out, too.

Ryan Zinke, who at the time was Interior secretary, even suggested in a tweet the payments were "hush money" and called for Grijalva, a frequent antagonist, to resign.

Grijalva defended himself against the charges, and with the favorable Ethics ruling he faced no opposition in running for chairman of the Natural Resources Committee after Democrats won control of the House.

"I was hoping it would go away, but obviously it’s not," Grijalva said yesterday, emphasizing he is not "in any defensive posture" about the allegations, nor is he trying to prevent any kind of disclosure of the matter. "The more disclosure, the more vindicated I am," he said.

The financial settlement the former aide received as part of the 2015 complaint included a confidentiality clause that he and the employee signed restricting them from discussing the details of the complaint and settlement. The aide has declined comment to E&E News.

"I’m fighting a ghost," the chairman said, referring to the public scrutiny that he, and not the former aide, is under because her name has not been made public. "An allegation by a former employee, a female, and that becomes a story."

Grijalva reiterated that the allegations do not involve any kind of sexual harassment, "overtones" or any "weird, sexual stuff."

The Democrat again attributed the dispute with the former aide to their different ideas about how to handle the committee’s work and priorities, and her role in that. At the time of the complaint, Grijalva was the ranking member of the Natural Resources Committee.

The Arizona Democrat said the longer the investigation lingers, "the more people have questions, and you are trapped because you can’t break a settlement. … You can’t use the other person’s name."

Grijalva said he had no desire to "get even" with the former employee or "destroy" anyone’s life.

But he said that if the committee moves ahead with the investigation and "I have to defend myself one more time, then we are going to do that and not worry about the considerations."

When asked what he meant by "considerations," he said, "What impact that could have on the other person."

Grijalva also dismissed rumors that he would retire in 2020 when the current congressional session ends, calling them "not true" and "wishful thinking." The congressman, now in his ninth term, attributed the chatter to members eyeing the Natural Resources gavel.

One of the House’s most senior Hispanic members and long a leading liberal voice, Grijalva, 71, said he plans to stay in Congress and continue to lead the Natural Resources panel. Democrats do not have term limits for chairmen.

"I’ve spent a long time getting to this position, and it will be very difficult to dislodge me," he added.