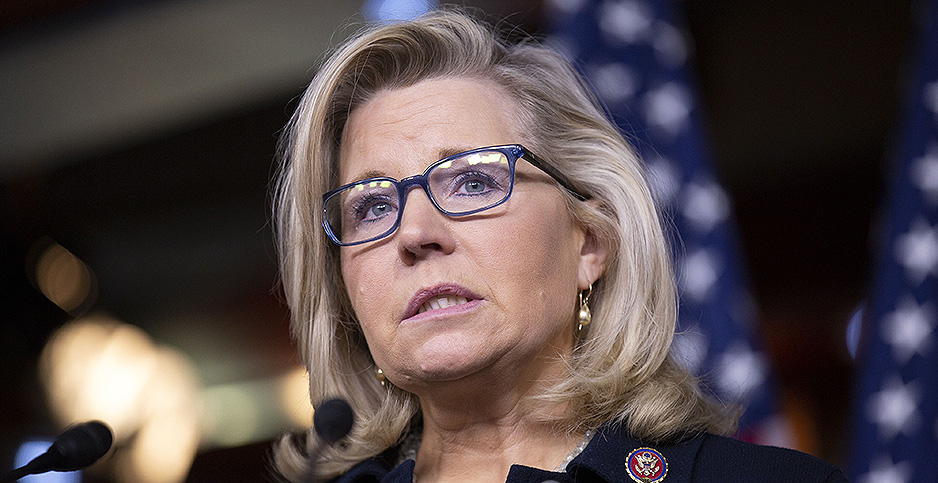 Rep. Liz Cheney (R-Wyo.) is one of several GOP lawmakers to introduce bills this week related to the Endangered Species Act. Stefani Reynold/CNP/AdMed/SIPA

The chairman of the House Natural Resources Committee yesterday pushed back against a renewed Republican effort to reform the Endangered Species Act, indicating the legislation won’t go anywhere.

"At this point, I don’t have any compelling interest to have a hearing" on the bills, Rep. Raúl Grijalva (D-Ariz.) told E&E News yesterday.

"This is an effort to destroy ESA from some of the more extreme people," the chairman said, of a 17-bill legislative package unveiled Wednesday by the GOP-led Congressional Western Caucus.

Grijalva said Democrats are readying their own efforts to counter what they view as attacks on the 46-year-old law by several Republicans and the Trump administration. Rep. Deb Haaland (D-N.M.) has been "tasked with that," the chairman said.

The Arizona Democrat and New Mexico Sen. Tom Udall (D) in September introduced a bill that would repeal Trump administration changes to the Endangered Species Act that they say weaken the 1973 law.

Grijalva said he had not been approached yet about hearings for the Republican ESA reform bills.

"I’m sure the administration would want to testify on these," the chairman said. Grijalva long has complained about administration officials not providing information or testimony on a range of issues to his committee.

The legislative package from the Western Caucus, which has been unveiled in recent days, is nearly identical to draft legislation the group floated last fall during a Capitol Hill roundtable on the ESA. The lineup is a mix of new legislation filed this month and bills that have been introduced before.

Gosar and other Republicans have said the ESA’s 3% recovery rate during the statute’s lifetime is not indicative of success, and as a result, Congress needs to revamp the law.

The GOP bills would modify and streamline various aspects of the ESA, from altering the delisting designation process to allowing the Interior secretary to proclaim a petition backlog if too many complaints are filed.

Other bills would codify some of the final ESA rules the Trump administration released in August, which Democrats and green groups have decried.

Another measure, H.R. 5591 from Rep. Mike Johnson (R-La.), would codify a different Trump rule related to listing species and designating critical habitat under the ESA.

As it relates to critical habitat, the administration’s final rules add a requirement that, "at a minimum, an unoccupied area must have one or more of the physical or biological features essential to the conservation of the species in order to be considered as potential critical habitat," language based on a narrow 2018 Supreme Court ruling involving the dusky gopher frog.

Johnson’s bill also would define the term "foreseeable future" for threatened species listings "to reduce speculation and use of bad science in the process," according to a summary of the legislation.

"The Trump administration put the first nail in the coffin for wildlife facing extinction, and now the Western Caucus is pulling out its hammer to try and finish the job," said Marjorie Mulhall, Earthjustice’s legislative director for lands, wildlife and oceans.

Mike Leahy, director of wildlife, hunting and fishing policy at the National Wildlife Federation, said the overall legislative package would "weaken" the ESA but that "not all the ideas in these bills are unreasonable."

Still, Leahy said, "Congress should focus on getting wildlife managers the funding they need to keep species from becoming threatened or endangered." He said the best way to do that is to pass the bipartisan "Recovering America’s Wildlife Act" and fully funding the ESA (E&E News PM, Dec. 5, 2019).

Other legislation included in the caucus package would increase the role of state and local governments in the petition and listing processes and require scientific data used in listing and delisting decisions to be made more readily available to the public.

Another bill would bar privately owned land being designated critical habitat, unless the landowner agrees to it or the Interior secretary "certifies there is endangerment or extinction of the species without such designation."

Rep. Pete Olson’s bill, H.R. 5585, would require a review of the economic cost of adding a species to the list of endangered or threatened species.

"Protecting endangered species can and should be done in a practical way," the Texas Republican said. "The government should have the flexibility to act quickly and practically on listing and delisting petitions."

In addition to blocking GOP efforts to reform the ESA, Grijalva will juggle several other natural resources priorities for Democrats in the coming months.

The chairman told reporters Wednesday he’s had "a lot of communications" with Sen. Joe Manchin of West Virginia, the top Democrat on the Energy and Natural Resources Committee, about coal miners’ pension issues, for instance.

Those are some of the bills still in the hopper that he’d like to see part of the discussion on a year-end public lands package, which Manchin and ENR Chairwoman Lisa Murkowski (R-Alaska) are working on, he said.

"We haven’t had an opportunity for all the corners to get together" yet, Grijalva said, referring to himself, Murkowski, Manchin and Utah Rep. Rob Bishop, the top Republican on the Natural Resources Committee.

Grijalva’s panel also plans to have a hand in crafting and shepherding legislation based on recommendations, expected in March, from the House Select Committee on the Climate Crisis.