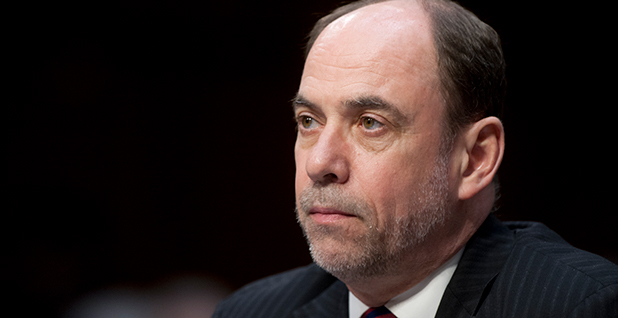 What’s in a number?

The price tag was tallied by the American Action Forum. The group, which counted Elaine Chao as a director on its board until shortly before she became President Trump’s Transportation secretary, has received financial support from conservative groups that fund political attacks through undisclosed donors. They, in turn, have sometimes been funded by fossil fuel lobbying interests opposed to environmental regulations.

In this case, the estimated cost of the Green New Deal was produced by a think tank whose status as a 501(c)(3) nonprofit prohibits it from getting involved in politics. That’s not the case for its sister organization, the similarly named American Action Network. It’s also a nonprofit, but its designation as a 501(c)(4) allows it to be an "action tank" that’s able to use some political language.

Then there’s the network’s super PAC. The Congressional Leadership Fund is purely political, and it’s been running attack ads against Democrats and the Green New Deal — even if those lawmakers haven’t endorsed the ambitious climate plan.

Collectively, the three groups represent a nexus of potent Washington interests that are bankrolled by anonymous donors who have given the network millions of dollars. It’s not an unusual story. It happens all the time in the realm of Washington politics, by both political parties.

‘They want to take away your car’

"The Democrats and their allies dispute the various estimates that show the Green New Deal would cost $93 trillion, then I say one thing, prove it," he said. "Let’s see your numbers, let’s hold hearings, let’s pull the curtain back and see where the socialist Democrats stand and how the American people might feel about a 22 percent increase in their energy costs. Frankly, House Democrats, I think, are afraid to have this debate in public and in their committees."

"They want to take away your car, reduce the value of your home and put millions of Americans out of work, spend $100 trillion, which, by the way, there’s no such thing as $100 trillion," Trump said at a rally in Texas last month.

Activists and the roughly 100 Democratic lawmakers who support the Green New Deal have not put a price on the ambitious plan. So far it’s just a resolution, and supporters say it’s a starting point for a larger conversation around legislation to address climate change. The nonpartisan Congressional Budget Office has not put a price on the plan either.

A valid cost estimate of the Green New Deal can’t happen until specific proposals are released with a timetable for their completion, said Robert Stavins, director of Harvard University’s Environmental Economics Program.

Until then, the $93 trillion number will remain part of the nation’s political dialogue. The economist who oversaw the estimate, Douglas Holtz-Eakin, said his group, the American Action Forum, crunched the numbers without any input from its politically active sister organizations.

"Our donors, the people who fund us, are a collection of individuals, trade groups and corporations, and we’re missing the traditional support that foundations have," Holtz-Eakin said. "It is easy for this to be portrayed as shady, I get that."

Within days of the Green New Deal’s unveiling, the Congressional Leadership Fund launched attack ads against vulnerable House Democrats. It tried to connect the climate plan to joblessness. The ads targeted two black members of Congress and showed an image of a homeless white man. Neither of the lawmakers, Reps. Antonio Delgado (D-N.Y.) and Colin Allred (D-Texas), has co-sponsored the plan.

The group’s president, Holtz-Eakin, an economist who headed the Congressional Budget Office under President George W. Bush, said he was trying to create a cost spectrum of the Green New Deal. He acknowledges that the estimate is imprecise.

The American Action Network does not disclose its donors. But tax returns show that it’s received money from fossil fuels groups. The American Petroleum Institute donated $250,000 in 2012, and the American Natural Gas Alliance gave $35,000 in 2010, according to the Center for Responsive Politics.

The American Action Network has also received millions of dollars from conservative dark money groups that don’t disclose their donors. That includes $500,000 from Crossroads Grassroots Policy Strategies, an offspring of the American Crossroads super PAC founded by Karl Rove.

For decades, clean-government groups have called on organizations like the American Action Network to reveal their funders, said Wertheimer, the president of Democracy 21. Innocuous-sounding names leave the public guessing about a group’s political motivations, he said.

"It bothers people to see ads running by groups that are taking potentially controversial positions without knowing who’s funding them, particularly if the groups have names that don’t tell you much," Wertheimer said. "If you had the name that said ‘energy companies for fossil fuels,’ you would know what they’re about regardless of who is funding them."

Each arm operates independently and performs its specialized functions in accordance with the law. Though they’re technically separate, the work of one feeds the other, providing fuel for a policy fight and the financial muscle to wage battle against political adversaries.

"There are a lot of people with Ph.D.s, or law degrees for that matter, who will write you a white paper for enough money," Torres-Spelliscy said. "You can think about the entire climate change ‘debate.’ It’s not a real debate among serious scientists, but you have a few fringy ones who will take the money and run, and dispute what 99 percent of real scientists think, and then it gets couched in our political discourse as if it’s a real scientific debate when it’s not."