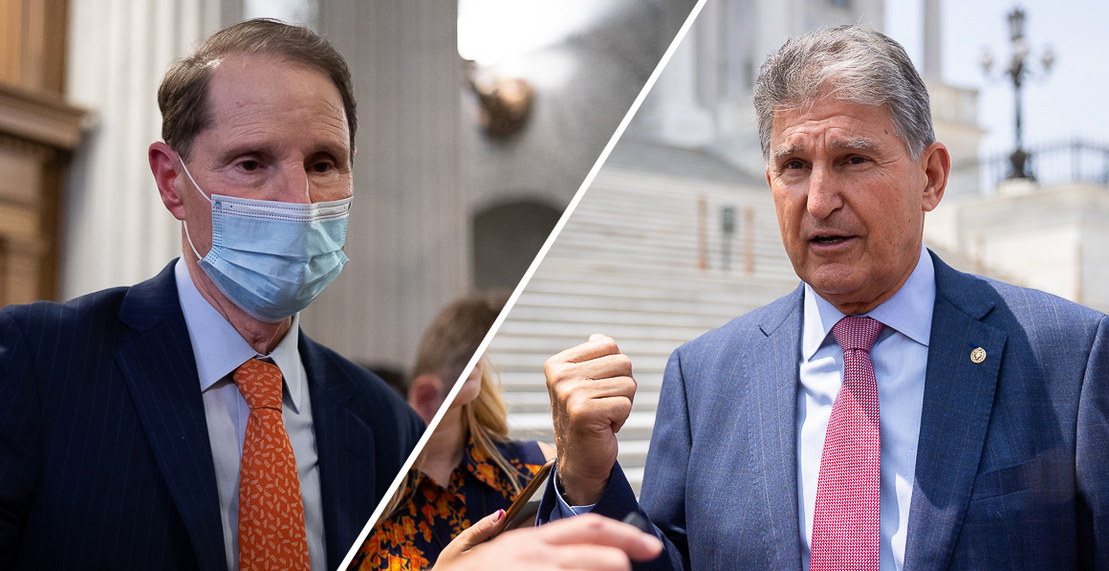 The provision would offer up to $12,500 in incentives for EVs made in the United States by unionized workers. Car companies like Toyota Motor Co. and Tesla Inc., whose workers are not unionized, have slammed the legislation as discriminatory.

The union requirement is among the remaining sticking points keeping the bill from advancing. That’s because of resistance from Energy and Natural Resources Chair Joe Manchin (D-W.Va.), whose opposition would sink the entire budget reconciliation effort.

During a talk last month at a nonunionized Toyota manufacturing plant in West Virginia, Manchin said he opposed the union provision, calling it “wrong.” But that doesn’t mean supporters are giving up.

Michigan Democratic Sen. Debbie Stabenow, who helped author the union requirement, said yesterday, “We have a big difference, but we have not made any final decisions on that."

“Combined with jobs that provide a better standard of living, EVs and domestic EV manufacturing can contribute to a better sense of economic security for many families.”

Signatories include the BlueGreen Alliance, the United Auto Workers, the Center for Biological Diversity, the Union of Concerned Scientists, Interfaith Power & Light, the AFL-CIO and the Sierra Club.

Despite the lack of clarity on the credit’s future, the Senate Finance Committee still included the proposal as part of its updated draft reconciliation text released over the weekend (E&E Daily, Dec. 13).

“We’re gonna pull out all the stops to try to keep them,” Wyden said

In particular, the reconciliation bill would provide a $7,500 basic EV tax credit, an additional $2,500 for automobiles made in the United States, and another $2,500 for union-made cars and trucks. It would offer up to $4,000 in incentives for used electric vehicles.

President Biden has said expanding tax credits and consumer incentives is critical to his goal of reaching 50 percent electric or plug-in hybrid sales by 2030, which he announced through an executive order last August.

The effort is intended to help electrify the transportation sector by midcentury and eliminate the largest single source of planet-warming emissions in the country.

The bipartisan infrastructure bill, which became law last month, allocated up to $7.5 billion to build out a national network of 500,000 electric vehicle charging stations and $2.5 billion for electric school buses (Greenwire, Aug. 10).

But EV advocates say more is needed to bring down EV costs to make them accessible to middle- and low-income drivers.

“EVs are coming, there is no debate,” BlueGreen Alliance Executive Director Jason Walsh said in a statement.

"The choices policymakers make now will determine whether the United States leads in manufacturing the vehicles of the future — and builds the family-supporting manufacturing jobs working people need in communities across the nation.”

While EVs only account for about 3 percent of the auto market, that number is growing exponentially as carmakers pour billions of dollars into electric vehicles and fleet managers, including the federal government, begin to shift from gasoline to electric transportation.